Home Sports Scoring For England To Unifying A Division

On Saturday evening Natasha Jonas became a unified boxing champion in front of a packed M and S bank arena in her home city, adding the WBC super welterweight title to her WBO version she won back in February this year.

Boxing her way to a shut-out victory over ten rounds on two of the three judges’ scorecards reading 100-90 with the other judges’ card reading 99- 91, giving Jonas all but one round against the unbeaten Swedish champion Patricia Berghult.

‘Miss GB’ boxed beautifully on her way to collecting a second belt in a division three weight classes above where she normally operates. With the size difference immediately apparent as soon as they stepped in the ring Jonas knew she would have to keep at range for a large part of the bout however, on several occasions we saw her and Berghult exchange on the inside and when the Liverpudlian stepped out to create more space she connected with some extremely clean work which shook her fellow champion.

It was a fight where the pace remained the same throughout and you couldn’t take your eyes off the action as Jonas showed a bit of everything until the last bell and it was probably her best boxing performance to date. Her sights will now be set on the winner of Hannah Rankin vs Terri Harper on September 24th in Nottingham, Rankin is the WBA and IBO champion at super welterweight and with a potential bout against Jonas already on the cards before the Harper fight got announced by Eddie Hearn and Matchroom that is the fight she publicly declared she wanted.

Earlier on in the day, her younger sister Nikita Parris scored for the England Lionesses in a 2-0 away victory over Austria.

A new signing for Manchester United ahead of the new season the 28-year-old has played for Everton, Arsenal, Manchester City and French side Lyon. Scoring 122 goals in 274 appearances to date she has won honours at Manchester City, Lyon and England.

Representing your country is the ultimate achievement for any professional and when the England Lionesses won the European championships this summer they achieved greatness in their field with Parris a huge part of the squad that won the tournament she has made a name for herself in her career and playing for the best clubs in England and France speak for itself, with plenty more time on her side maybe her and the Lionesses can go on to win the next world cup with the huge momentum from the triumph at Wembley in July.

With a nephew also in the family young Lee Jonas signed his first professional contract with Liverpool last year so the sporting talent is strong throughout! 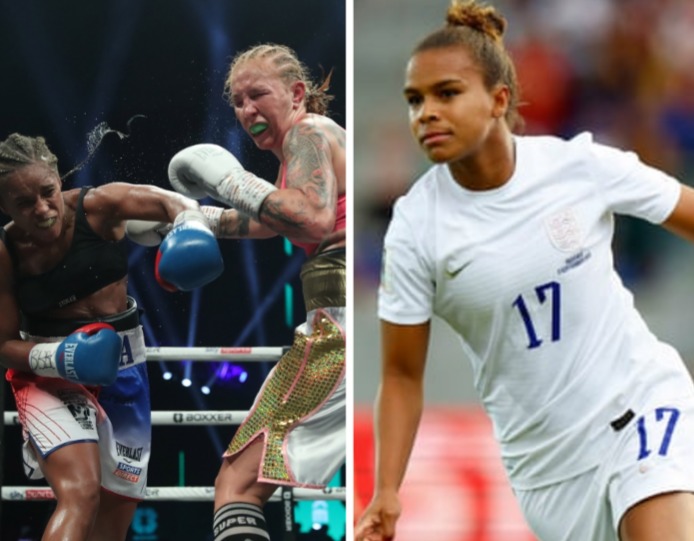