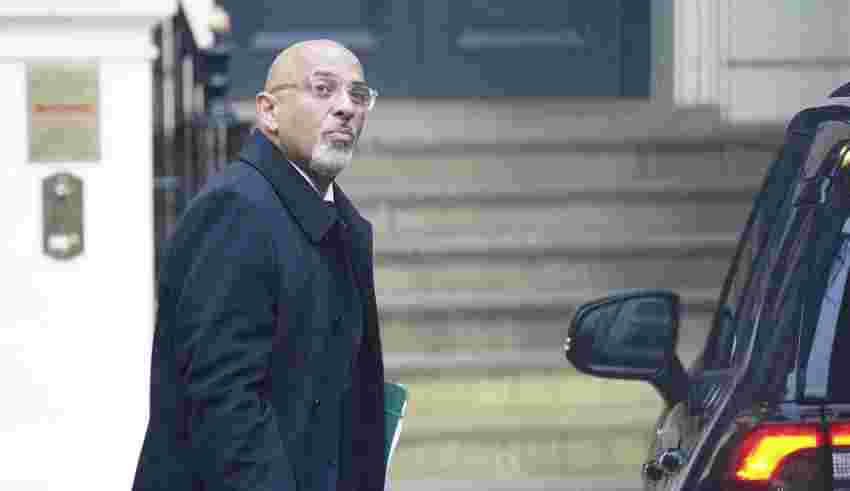 LONDON (AP) — U.K. Prime Minister Rishi Sunak opened an investigation Monday into allegations that the chairman of the governing Conservative Party settled a multimillion-dollar unpaid tax bill while he was in charge of the country’s Treasury.

It’s one of multiple stories about secret loans and unpaid taxes causing discomfort for Sunak, who has faced scrutiny of his own personal wealth and family tax arrangements.

Party chairman Nadhim Zahawi has acknowledged a dispute with tax authorities over shares in YouGov, a polling company he co-founded. But he said that the error was “careless and not deliberate.”

“So that I could focus on my life as a public servant, I chose to settle the matter and pay what they said was due, which was the right thing to do,” he said in a statement.

The BBC and other British media reported that the tax bill, including a fine, came to almost 5 million pounds ($6.2 million). They say the bill was settled when Zahawi was Treasury chief between July and September, during the final weeks of Prime Minister Boris Johnson’s tenure.

Sunak said Monday he had asked his standards advisor, Laurie Magnus, “to investigate the matter fully and establish all the facts and provide advice to me on Nadhim Zahawi’s compliance with the ministerial code.”

“Integrity and accountability is really important to me and clearly in this case there are questions that need answering,” he said.

Sunak took office as U.K. leader in October, promising “integrity, professionalism and accountability” after a tumultuous few years that saw Johnson ousted by multiple scandals and his successor Liz Truss toppled after her policies rocked the U.K. economy.

Johnson’s financial arrangements are back in the headlines after media revealed that in 2021, Canadian businessman Sam Blyth, a distant cousin, acted as guarantor for an 800,000-pound ($993,000) loan to the then prime minister.

The Sunday Times reported that banker and Conservative donor Richard Sharp helped broker the deal. Weeks later, Sharp was appointed chairman of the BBC on the recommendation of the government.

Sharp told the Sunday Times he had “simply connected” people and there was no conflict of interest. He said Monday that he had called an internal investigation “to ensure that all the appropriate guidelines have been followed.”

The stories are fuel for opponents who accuse Sunak — a former investment banker who is married to the daughter of an Indian billionaire — of leading a government of the wealthy that is out of touch with the struggles of ordinary people.

Last year, it was revealed his wife Akshata Murthy didn’t pay U.K. tax on her overseas income, including 11.5 million pounds a year in dividends from Infosys, the Indian IT company founded by her father. The practice was legal, but it looked insensitive at best at a time when Sunak — who was then the U.K. Treasury chief — was raising taxes for millions of Britons.

U.K. prime ministers aren’t required to publish their tax returns, but Sunak has promised that he will do so in the interests of transparency.

In a further embarrassment, Sunak was fined by police on Friday for taking off his seat belt to film a social media video in the back of a moving car.