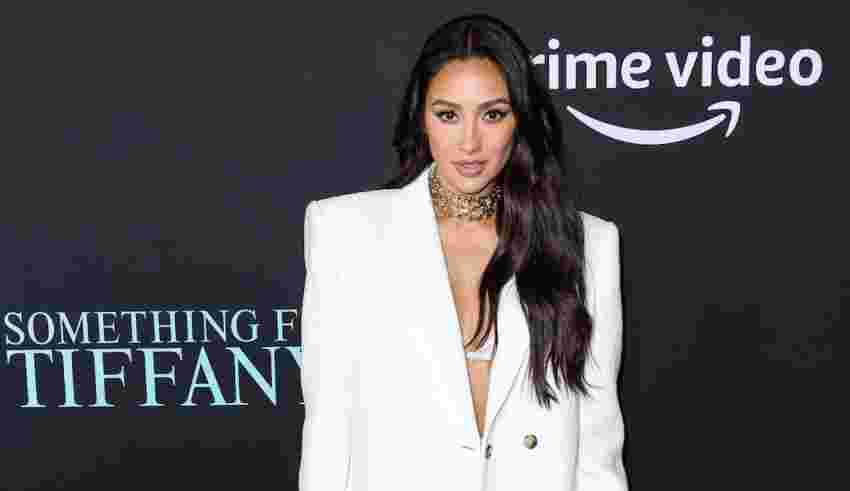 Shay Mitchell is promoting her new holiday rom-com “Something from Tiffany’s”!

“Extra’s” Rachel Lindsay spoke with Shay about the movie and how life has changed since welcoming her second daughter, Rome.

Mitchell admitted that “those days of sleeping” have changed in “such an incredible way.” She explained, “Obviously managing my time a lot more now, a little less traveling… It’s crazy to see the dynamic that both girls have now with each other and it’s really cool to see.”

Mitchell is also the mom of daughter Atlas, who she said is “obsessed” with Rome.

She went on, “Seeing them interact is just like amazing because they’re not at the point where they’re fighting yet, so I have, like a few years where it’s, like, just all sweetness.”

As for “Something from Tiffany’s,” Shay enjoyed shooting the movie in New York “around the holidays.”

Speaking of relatable, Shay has also been good at engaging people with her funny social media posts!

She opened up about her “healthy” relationship with social media, saying “I do it when I want to and I don’t when I don’t. I feel zero pressure, so that’s a, you know, one of the things that makes it and continues to make it fun. I would say the second thing is I don’t take myself seriously, you know. I love, you know, being able to show a different side of myself, then maybe what some people get to see or envision and I just do things that make me laugh because that’s really what it’s about.”

“Something from Tiffany’s” is on Prime Video December 9.