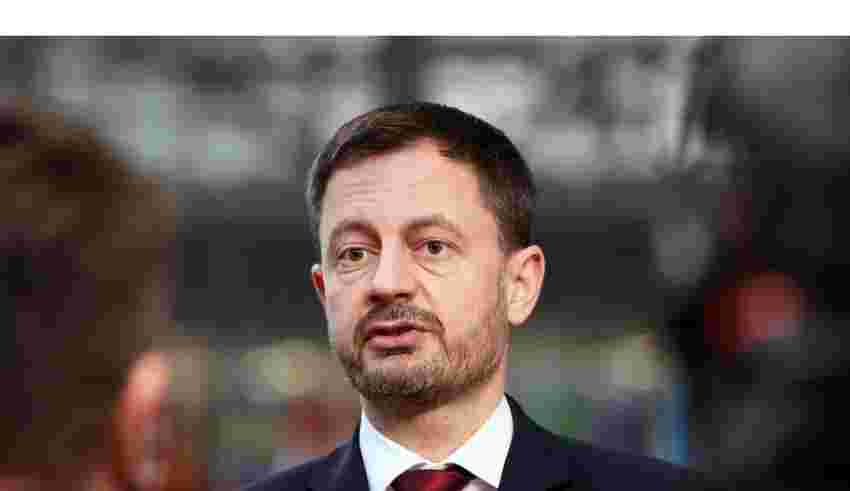 (Bloomberg) — Slovakia’s minority government led by Prime Minister Eduard Heger was ousted from power in a no-confidence vote on Thursday, throwing the country into a period of uncertainty that may lead to a snap election.

The motion was initiated by a former coalition partner, Freedom and Solidarity, which quit the government in September over disagreements with the leader of the strongest coalition party, Igor Matovic.

The government has for months been riven by political infighting that has hampered its ability to pass key legislation, including assisting households and businesses with utility bills driven higher by Europe’s energy crisis.

President Zuzana Caputova now has several options to end the political turmoil in the European Union and euro-area member state and has signaled she would hold negotiations with parliamentary parties.

Options under consideration include asking the current government to stay on, or selecting a new team to form a majority. It’s questionable whether lawmakers will be able to approve a 2023 budget that includes measures pledged by Heger’s administration to shield Slovaks from the cost of living crisis.

To trigger a snap election, lawmakers would have to first amend the constitution to shorten their term. That would require support of 90 of parliament’s 150 members, with no clarity on whether political backing would be forthcoming.

Early elections would be most beneficial for the center-left parties of two former prime ministers, Peter Pellegrini and Robert Fico, whose parties currently hold the top spots in opinion polls.

Fico, a three-time premier who was forced to step down in 2018 after the murder of a journalist investigating corruption, has rebounded from record low support last year and ranks second in surveys.

If he returns to power, Fico has vowed to stop weapon deliveries to Ukraine and only provide humanitarian assistance instead.

“We have strong reservations about dysfunctional sanctions against Russia,” he said this month.

Even though the current government led Slovakia through the pandemic and played a key role in supporting Ukraine, constant squabbling has eroded its popularity.

Richard Sulik, whose Freedom and Solidarity party left the ruling coalition and joined the opposition in the vote to bring it down, blamed the government for being fiscally irresponsible and chaotic in decision-making.