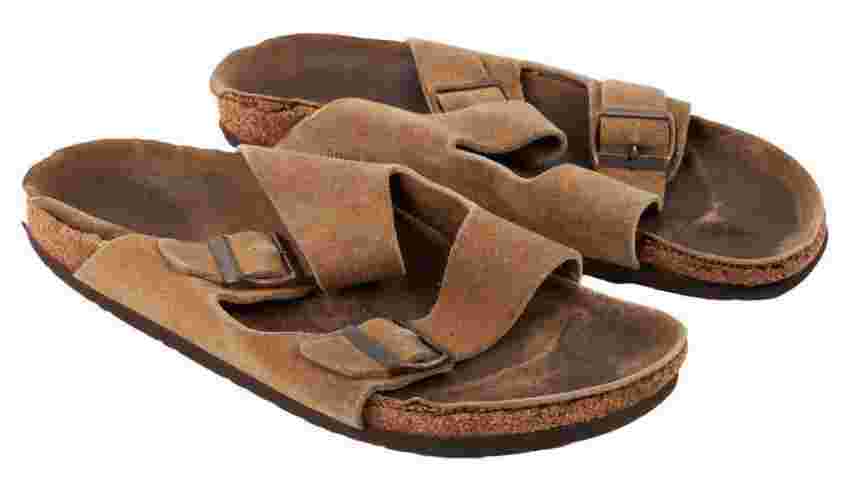 Some items sold at auction are priceless, while others are kind of just ridiculous — this pair of sandals definitely falls in the latter category.

And, of course, the sandals also come with an accompanying NFT. What a deal.

Jobs wore the Birkenstock sandals back in the 1970s and 1980s when he first founded Apple, and they were recovered from the trash by Jobs’ estate manager. The sale at Juliens Auctions went live on Friday. They’re described by the listing as “well used” but still “intact.”

“The cork and jute footbed retains the imprint of Steve Jobs’ feet, which had been shaped after years of use,” reads the listing.

Steve Jobs and Steve Wozniak co-founded Apple back in 1976. Jobs passed away in 2011 following a lengthy battle with pancreatic cancer.