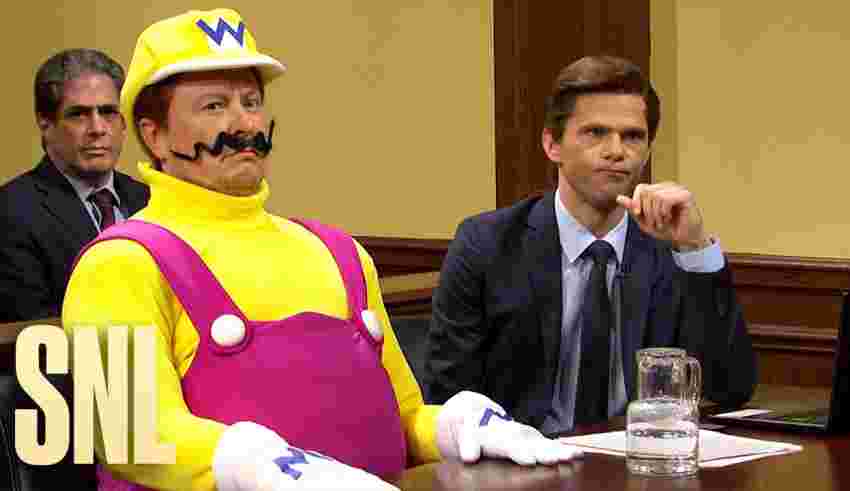 After Twitter CEO Elon Musk lost a poll asking if he should step down as head of the company, he says the rules determining who can vote in Twitter polls in the future will change.

Twitter user ‘Unfiltered☢️Boss’ suggested Musk lock polls so that only Blue subscribers can vote in “policy related polls,” writing that subscribers “actually have skin in the game.” While I don’t think paying a monthly subscription fee to use a social network run (poorly) by the world’s formerly richest man counts as having “skin in the game,” Musk appears to agree with the idea of restricting voting to paying users. In response to Unfiltered☢️Boss, Musk tweeted, “Good point. Twitter will make that change.” 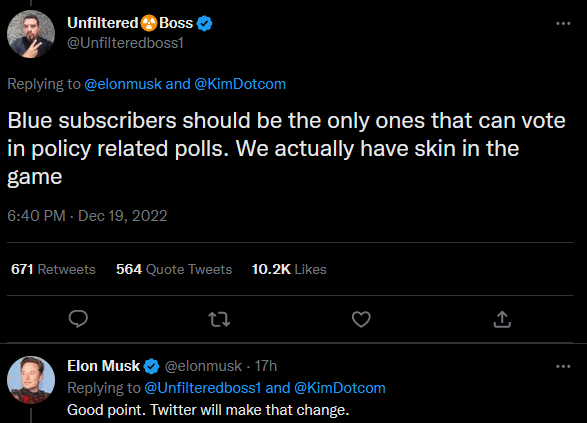 Of course, it’s worth keeping in mind what kicked all this off: Musk having a public tantrum and banning several journalists who had been critical of Musk, as well as rival platforms. As a quick refresher, last week Musk alleged a stalker used information from the ElonJet account run by Jack Sweeney to follow a car carrying Musk’s child. The ElonJet account used publicly available information to share details about the flights of Musk’s private jet.

However, despite the dubious (at best) link between the stalker incident and Sweeney’s account, Twitter introduced a new policy prohibiting the sharing of real-time information, banned ElonJet and Sweeney, then started banning journalists who covered the story and accounts that tweeted links to Sweeney’s ElonJet accounts on other social media platforms. That included Mastodon, the much-hyped possible Twitter replacement. Twitter also introduced a policy prohibiting linking to other social media platforms.

Following outcry, Twitter rolled back the policies, Musk apologized, and he promised there would be a vote for major policy changes in the future. Musk then started a poll asking if he should step down as head of Twitter, with 57.5 percent of the over 17.5 million votes being in favour of Musk stepping down. Although apparently, the vote may not have mattered — reports indicate Musk started hunting for a new CEO before posting the poll.

Twitter relaunched its Blue subscription on December 12th at a higher cost of $10/mo for Canadians who subscribe through the Twitter website and $15/mo for those who subscribe through the App Store on iOS. Currently, the Twitter Blue subscription doesn’t offer much beyond adding a blue checkmark to subscribed accounts and the promise of future features like reduced ads, priority in replies, and more. Further, despite positioning the new Blue subscription as verifying users with their phone number, Twitter’s about page for Blue notes that Twitter won’t review accounts to ensure they’re authentic.