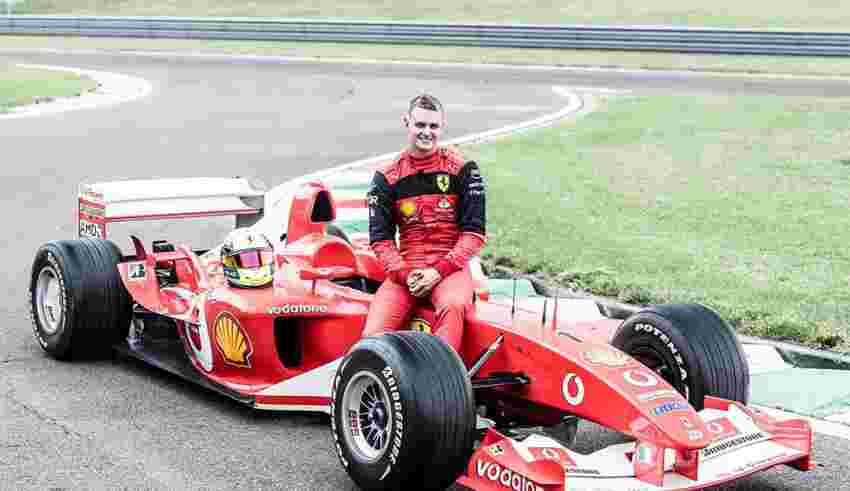 The ex-racecar now holds the record as the most valuable modern F1 car in history.

With Luxury Week in full effect, prestigious auction houses are proud to showcase and facilitate the sales of the world’s most precious art and luxury objects. Crossing the stage as part of Sotheby’s renowned Geneva event is the most successful Ferrari F2003-GA Grand Prix car. The five-time race-winning car was driven by Michael Schumacher, powering the legendary Ferrari driver to his sixth World Championship title. Presenting itself as one of the most significant and historic cars from a golden period in the Scuderia’s history, chassis 229 has been awarded Ferrari Classiche’s “Red Book” Certification and was recently overhauled in 2022 at the Maranello factory.

Making its debut as one of the most anticipated sales of the event, the Schumacher-driven Ferrari F1 car received an initial sale estimate between $7.8 and $9.8 million. After intense bidding between anxious collectors, the Ferrari F2003-GA Grand Prix racecar sold for an astonishing $14,873,327. The mind-blowing result nearly doubles the previous record of a modern F1 car sold at auction, an Ex-Schumacher F2001 sold by Sotheby’s in 2017. View all current Ferrari examples for sale on duPont REGISTRY by clicking on the link below.