Home Sports Stephen Thompson Reminds Fans Why He Is The Wonder Boy! 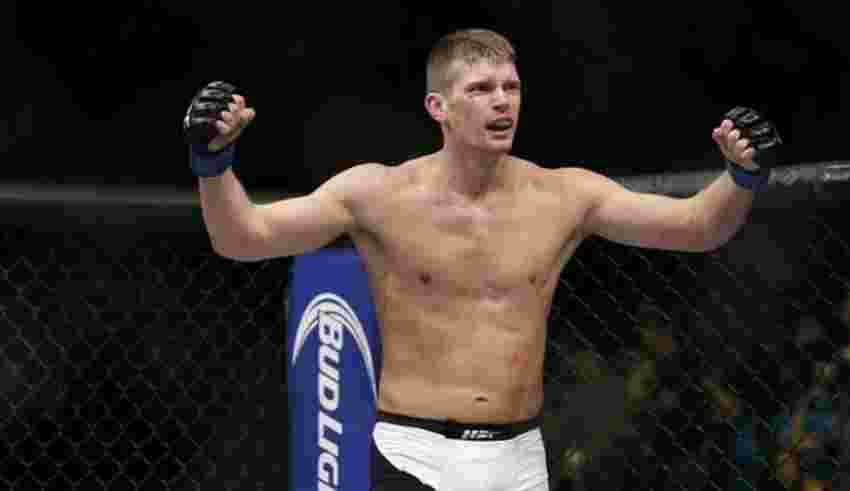 Stephen “Wonder Boy” Thompson and Kevin Holland were seen hanging out together during downtime throughout Fight Week. However, once their welterweight clash began, they threw their new found friendship out the window and began pummeling one another with strikes, kicks and elbows. The result was an entertaining main event that left the sellout crowd at the Amway Center in Orlando standing and cheering in approval. Overall, UFC Orlando delivered on its promise to be an entertaining Fight Card. There’s a lot to unpack here; without further ado, let’s get into it!

Stephen Thompson and Kevin Holland made no secret of the fact that they each preferred to strike as opposed to grapple and that they would put on a show for the fans in Orlando on Saturday. Thompson is one of the most renowned strikers in the history of the welterweight division, and he proved on Saturday that he is also an elite kicker. Holland may not prefer to grapple, but he is sufficient in that area of the sport; he should have opted to grapple more because Thompson’s blows were more precise and powerful than his throughout the match.

In round one, both fighter’s enjoyed moments of success. Thompson landed a great left jab early in the fight that made a visible impact on Holland. Holland landed a nice overhand right of his own, midway through the round. By the end of the round, Thompson was bleeding from a cut over his left eye and Holland seemed to be in control. Things began to change in round two when Thompson landed a striking flurry that clearly hurt Holland. Holland countered with a knee to Thompson’s face but “Wonder Boy” was unphased. Holland scored a takedown late in the round but decided to stand up instead of grapple; the crowd roared in approval but the strategy proved to be detrimental.

In round three, Holland scored another takedown and again decided to stand to his feet instead of take advantage of the moment. When the two men stood on their feet, Thompson again began to dominate. Not only did he land well-timed strikes, he also landed several kicks to Holland’s torso and head. Thompson dominated round four as well, landing a liver-kick late in the round that clearly hurt Holland. It looked as if Thompson might get a stoppage but Holland survived.

Before the start of the fifth round, it became clear that Holland’s right hand was compromised. It appeared that he injured his hand while attempting to block one of Thompson’s kicks. The referee went to Holland’s corner and determined that the fighter was too injured to continue. Stephen Thompson was awarded the TKO victory and the crowd cheered in approval!

At 38-years-old, Rafael dos Anjos is one of the most seasoned veterans in the welterweight division. His opponent, Bryan Barberena, found out the hard way that dos Anjos still has a lot left in the tank. Early in round one, the two fighters began grappling along the side of the cage. Dos Anjos was able to get the best of the exchange and turn it into a takedown in his favor. By the end of the round, dos Anjos had amassed a considerable amount of ground control time and was clearly in control of the fight.

At the beginning of round two, dos Anjos scored yet another takedown and it became evident that he was beginning to brake Barberena’s will. After Barberena fought to his feet, dos Anjos quickly took him down for a third time. Dos Anjos then established an anaconda chokehold; it looked as if Barberena still had time to maneuver, but he tapped out instead. It was a dominant performance for dos Anjos. Meanwhile, it’s back to the drawing board for Bryan Barberena.

For the first half of round one, flyweight veterans Matheus Nicolau and Matthew Christopher Schnell sized one another up but did not inflict much damage on each other. That changed after Nicolau put together a nice striking flurry that sent Schnell to the mat. Although Schnell did not appear to be in any serious trouble, the combination was enough to put Nicolau in clear control of the match.

At the beginning of round two, Nicolau picked up right where he left off. He sent Schnell to the mat with a jab. Schnell rose to his feet quickly but Nicolau would not be deterred, sending Schnell to the mat again with a thunderous overhand right. He then pounced on his opponent and began pummeling him with punches until the referee was forced to step in and stop the fight. It was a dramatic TKO victory for Nicolau as the crowed roared in approval!

Tai Tuivasa has become one of the most popular fighters on the UFC’s roster but he was no match for the power of heavyweight contender Sergei Pavlovich on Saturday night. Pavlovich’s barrage of punches were precise and impactful. Tuivasa went down early, managed to stand to his feet, and was then pummeled again. Eventually, Tuivasa could only cover himself and was no longer fighting back. The referee was forced to stop the fight. The entire ordeal took all of 54 seconds!

Middleweight veteran Jack Hermansson appeared to be in control of his bout against Roman Dolidze until things took a sudden turn in the second round. After a relatively uneventful first period, Hermansson began to pick up steam and land punches with increased frequency. However, Dolidze turned the tables after Hermansson scored a takedown. He outmaneuvered his opponent and establish a leg lock and then flipped Hermansson onto his stomach. He then began pummeling Hermansson with punches until he could no longer fight back. The referee stopped the fight and Roman Dolidze emerged with a surprise upset TKO victory!

Kyle Daukaus began round one by landing heavy calf kicks against his welterweight opponent, Eryk Anders. Anders responded with a knee to the face of Daukaus that sent him crashing to the mat. In the final minute of the round, the two fighters experienced an accidental clash of heads that opened a cut over the right eye of Daukaus. In round two, Anders threw caution to the wind and used a barrage of punches to send Daukaus to the mat twice. The second time he went down, Anders jumped on him and began pummeling him with punches. At that point, referee Keith Peterson had seen enough; he stepped in and stopped the fight, declaring Anders the winner.

Welterweight veterans Niko Price and Philip Rowe engaged in a seesaw battle that started with a flying knee by Rowe early in the first round. Price responded with a flurry of punches that made a visible impact on his opponent. In the waning seconds of the round, Rowe landed a perfectly timed right jab that caused Price’s head to snap backwards and returned control of the fight over to him.

Almost two minutes into the second round, Rowe executed a nice level change and takedown, followed by a body triangle. Price was able to escape and fight to his feet with 30 seconds left in the round, but the damage had been done; Rowe was now in complete control and dictating the pace of the fight.

Price decided to go all out at the beginning of round three. He landed an incredible striking flurry that sent Rowe to the mat. It appeared he might be able to complete the stoppage. Rowe would not be deterred and eventually fought to his feet. He landed a perfectly timed right jab and hurt Price badly. He then pummeled Price with a flurry of punches that rendered him defenseless and caused the referee to stop the fight, giving him the TKO victory!

There is a fine line between showing your opponent respect and being too friendly. Kevin Holland’s friendly personality may have cost him the fight against Stephen Thompson. Thompson was the more precise striker on Saturday night, and his kicks were equally as impressive as his punches. Normally, Holland is a better striker than whoever he faces in the octagon, but that was not the case against Thompson. Realizing this, Holland should have taken the fight to the mat; he is a better grappler than Thompson is. However, while hanging out with Thompson and conducting joint interviews, the two men told reporters that they would stand on their feet and fight. Holland should have never agreed to this with his opponent. The objective is to win at all cost. Holland should read The Art of War before his next training camp; it will make him a better fighter in the long run.

The world’s most renowned mixed martial arts organization returns next week with UFC 282 from T-Mobile Arena in Las Vegas. The main event of the evening will feature Jan Blachowicz versus Magomed Ankalaev for the vacant Light Heavyweight title. As always, we’ll have all the latest updates about the outcomes of the fights, as well as in depth analysis available right here at World in Sport! 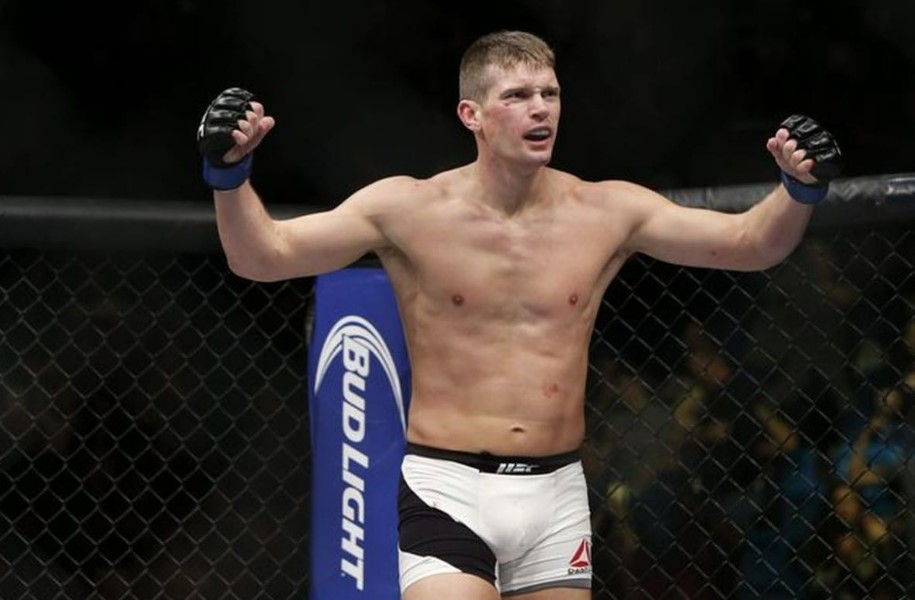