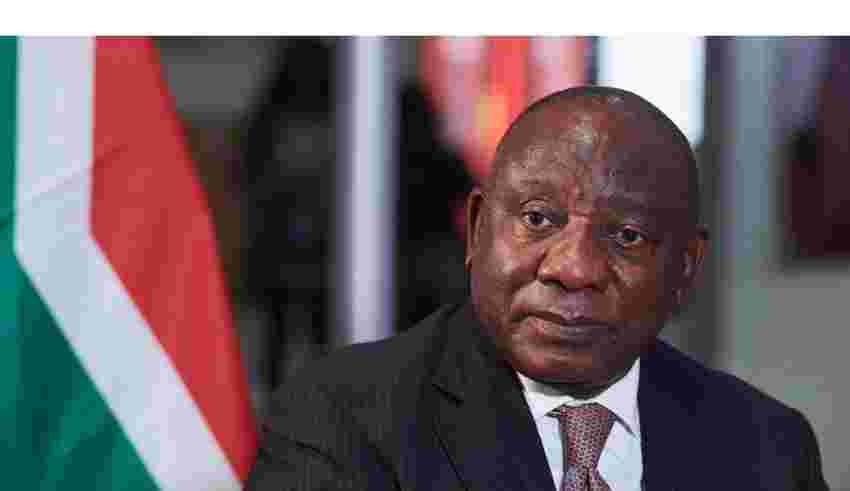 (Bloomberg) — A cloud is hanging over South African President Cyril Ramaphosa’s political future heading into governing party elections next month as he confronts internal dissent, an energy crisis that’s stoking public anger and a scandal over a theft at his game farm.

The former labor-union leader this week secured the vast majority of nominations for the top job in the African National Congress, and his political adviser got the most backing for the treasurer post. But his preferred candidates lagged in the races for deputy president, chairman and other top positions because they didn’t resonate with the ANC’s rank-and-file, according to senior party members.

The contests will ultimately be decided by thousands of delegates who will attend the ANC’s elective conference in Johannesburg from Dec. 16-20. If Ramaphosa, 70, does retain his ANC post as expected, he’ll likely be its presidential candidate in national elections scheduled for 2024.

Support for the 110-year-old ANC, which has held power since South Africa’s first multiracial elections in 1994, has flagged because of its failure to tackle power cuts, rampant unemployment and shoddy management of towns and cities. While Ramaphosa is seen as the party’s best option to lead its campaign, his adversaries could move to oust him should it perform badly or if he fails to end the blackouts, said the party members who spoke on condition of anonymity because they aren’t authorized to comment.

Former presidents Thabo Mbeki and Jacob Zuma were both forced to resign before completing their second terms after losing the backing of other ANC leaders.

Winning the ANC presidency by a wider margin than he first did in 2017 — when he narrowly fended off a challenge by former African Union Commission Chairwoman Nkosazana Dlamini-Zuma — won’t give Ramaphosa “room to throw his weight around,” independent analyst Lukhanyo Vangqa said. “Jacob Zuma won his second term by more than 75% and that didn’t save him from recall.”

Opposition to Ramaphosa’s rule from within the ANC’s ranks was evident at a rally in Katlehong township near Johannesburg this week in support of Zweli Mkhize, a former health minister who is also vying for the party presidency. Several members of the party’s national executive committee were among the hundreds of people in attendance.

“I am looking forward to being addressed by a new president” after the December conference, said Phumulo Masualle, who is deputy public enterprises minister in Ramaphosa’s executive and is standing for the post of secretary-general.

Sibongile Besani, the head of the presidency in the ANC, said Ramaphosa is open to working with any other elected officials. He declined to comment on the president’s choice of candidates. While it was the party’s preference for leaders to finish their terms, “it will depend on the conditions that are there” whether Ramaphosa completes another five years in office, Besani said.

Other potential obstacles stand in the way of Ramaphosa extending his tenure.

In July, former spy boss Arthur Fraser accused him of covering up the 2020 theft of foreign currency from his farm and laid criminal charges against him. An independent panel appointed by parliament is currently probing whether there are possible grounds for lawmakers to take action against him. The police are also investigating the scandal and under ANC rules, Ramaphosa will have to step down if he’s charged.

There’s also the possibility of an opposition coalition taking control of the country in 2024, given that support for the governing party slipped below 50% in last year’s municipal elections.

“By all accounts, the ANC is not going to get a majority in 2024,” said Moeletsi Mbeki, the deputy chairman of the South African Institute of International Affairs and a veteran political analyst. “Everybody can see the ANC is failing to deliver to the population.”