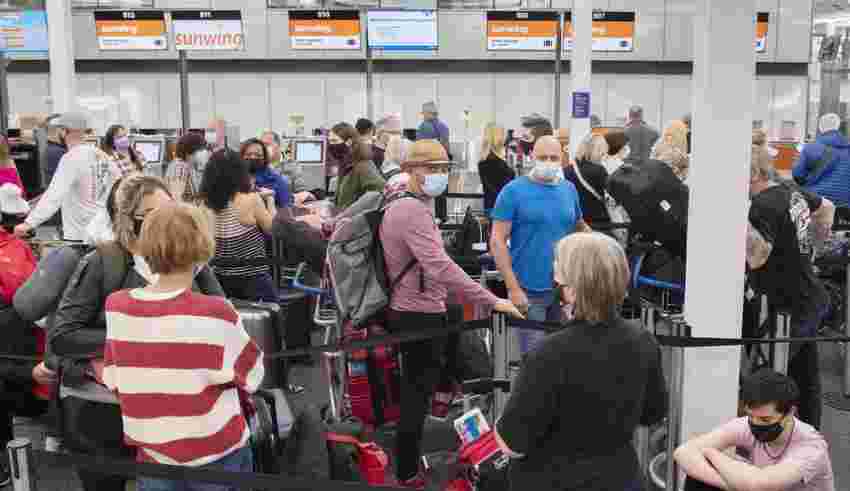 Sunwing has issued an apology to passengers left stranded after winter storms upended operations but says “most of our customers enjoyed their holidays with minimal disruption.”

In a joint statement on Thursday, Sunwing Travel Group CEO Stephen Hunter and Sunwing Airlines president Len Corrado said they are “incredibly sorry for letting our customers down.”

“We regret that we did not meet the level of service our customers expect from Sunwing,” the executives said.

“We had clear failures in execution, particularly in responding to weather-related delays and the aftermath of severe weather disruptions, which limited our ability to reposition aircraft and crew to other airports to help alleviate the backlog in flights.”

Hundreds of passengers were affected by Sunwing flight disruptions, which began to pile up on Dec. 22 due to weather.

Some customers were stranded for days in tropical destinations amid a flurry of cancellations, winter storms and a breakdown with the airline’s digital communication service that left some flights with empty seats.

The company said it has completed all recovery flights related to holiday disruptions and has a plan to fix technical issues with flight alert notifications and communication flow to customers.

The airline is also continuing to “actively work to reunite customers who travelled during this period with their baggage in a timely fashion.”

Meanwhile, Sunwing suggested the severe disruption to its flight schedule over the holidays is similar to what several larger carriers faced during their first peak travel season since the pandemic last spring and summer.

“We planned our highest travel schedule since pre-pandemic and invested significantly to mitigate the potential risks that would come with meeting the high demand for travel over our peak winter season,” Hunter and Corrado said in the statement.

“We built an achievable plan which, due to a confluence of factors, we could no longer deliver.”

The airline announced on Dec. 29 that it was immediately cancelling its operations through Feb. 3 at Saskatchewan’s two largest airports.

Sunwing said it has “reduced some capacity during the month of January to ensure that we can execute to the highest standards with the least disruption to customers as we move through the winter season.”

This report by The Canadian Press was first published Jan. 5, 2023.