So the end of an era for Liverpool FC, the famous Mane, Firmino and Salah front three have been broken up. While Roberto Firmino has not been a regular starter for the Reds since the arrival of Diogo Jota, the three no longer play for the Six-time Champions League winners.

This was not a shock to most, particularly with the arrival of Darwin Nunez on Wednesday, but nevertheless the Senegalese forward will be sorely missed by Liverpool.

The forward was a breath of fresh air from right off the bat, an impressive debut against Arsenal at the Emirates, in which he scored the winner in a 4-3 thriller, set the tone for a man who scored 120 goals in 269 appearances.

His importance to the side was shown bare by his absence in the 2016-2017 season for the African Cup of Nations, in the month of January, Liverpool failed to win five matches and was knocked out of the FA Cup to Wolves. He returned with a brace against Tottenham and led Liverpool to their first top-four finish since 2014 and only the second time since 2009.

Mohamed Salah joined to create the front three in the summer of 2017 and the Reds went from strength to strength. The Champions League run, which ended in heartache to Real Madrid in Kyiv, was inspired by the front three all scoring 10+ goals. Also while the Reds fell short, the final saw a notable personal achievement for Sadio, with his equaliser meaning he had scored in the biggest club game in the world.

This is rather impressive from a man who grew up in a small town called Bambali, Senegal and whose career was never easy. Having to move away from his family to play in France and suffering early injuries, Mane will have been forgiven for packing it in, but the determination in he shows in his game and his pressing kept him following his dream of playing in the Premier League.

Whilst Liverpool finished trophy less in 2018, the progress made by the team and Mane himself was critical to the side pushing on in the next few years.

Mane was key in the second consecutive Champions League final for Liverpool as he ended the campaign with four goals including a brace at the Allianz Arena when Liverpool defeated Bayern Munich 3-1 in the last 16. He also shared the Premier League Golden Boot with Pierre Emerick-Aubameyang and teammate Mohamed Salah with 22 goals.

While Liverpool fell one point short of Manchester City, Mane would win his first trophy with Liverpool in Madrid. He played a key part in the semi-final with him having to lead the front three without both Roberto Firmino and Mohamed Salah. He also then had a hand (well Moussa Sissoko really had a hand) in Liverpool’s penalty which saw them take the lead in Madrid.

The man from a small town of 20,000, one of the humblest footballers in the world was known a Champions League winner and was put into Liverpool folklore from that moment put there would be more to come from the forward.

You do know I love you

These were the words of Liverpool legend Jamie Carragher on the 22nd of July 2020 when Liverpool ended their 30-year wait to become Champions of England. Mane was once again critical to their success with 18 goals, including a goal against Manchester City in a 3-1 win at Anfield, a winner against Norwich and a last-minute header at Villa Park.

In fact, if you took away his goals, Liverpool would have been 18 points worse off, the gap between Liverpool and Manchester City. Now, this is a hypothetical stat but it goes to show the importance of his goals in winning the title and the reason why Carragher was so infatuated with the man.

He was also part of the side that won Liverpool’s first Club World Cup (their first intercontinental trophy) and was critical as his brace set the UEFA Super Cup to penalties in which he then allowed Adrian to be the hero.

Mane scored 11 goals in this season and whilst he helped Liverpool to third, this was seen as possibly the beginning of the end for Sadio Mane at Liverpool as his form began to suggest the Senegalese forward was on the decline.

He still played a key part in sealing the top four place with a brace against Chelsea and an excellent performance against Tottenham on the 28th of January.

Despite this, there were calls for him to be replaced (by fickle fans). The fact Liverpool did not sign a forward in the summer meant Klopp kept faith in his out-of-form attacker and boy did he reward Liverpool in the next season.

Sadio Mane was a changed man with 16 goals in the league, 5 goals in the Champions League and a crucial brace in the FA Cup semi-final.

This was all while he won the African Cup of Nations with Senegal, scoring the crucial penalty, which is Senegal’s first AFCON (made more impressive by the fact that Mane recovered from a saved penalty in the first five minutes).

His role in the League Cup was less relevant with him only playing the final and him being subbed off in the 80th minute for Diogo Jota but it was his impact in the FA Cup Semi-final which may be remembered as is his final finest hour.

After scoring a typical Mane goal through the high press, forcing Zack Steffen into a mistake, he hit a sweet volley that beat Steffen at the near post which proved to be the winner as the Reds made their first FA Cup final in 10 years.

While Liverpool fell agonisingly short in both the Premier League and Champions League, they finished the season with two trophies which turned out to be his last two for the club.

Despite missing a penalty in the shoot-out against Chelsea, the Senegalese forward was on the winning side and showed his great spirit and sportsmanship when he comforted national teammate Edouard Mendy (who had a phenomenal match), this highlighted Mane at Liverpool, a winner but also a great man.

What is Mane’s legacy at Liverpool?

With Liverpool having to reshape after his departure, this signals the end of an era for the Reds with Darwin Nunez and Luis Diaz coming in to join Mohamed Salah as Liverpool’s new front three.

This begs the question, how will we see Sadio’s impact on Liverpool? Where does he rank among the best in the Premier League and at Liverpool?

Sadio will always be a fan favourite with the Reds, who have a very loyal and passionate fanbase, just think about the respect shown to Phillipe Coutinho on his return to the Premier League, and he will be seen as a Liverpool great forever.

The fact that he was the signing that pushed Liverpool into the top four and his 18 goals helped attract Mohamed Salah who then attracted Fabinho, Alisson Becker, and Naby Keita. With this in turn attracting Thiago and Diogo Jota and Luis Diaz, the calibre of players would not have been able to be brought in without the promise of the Champions League or the money of the Champions League.

Furthermore, he helped the Reds believe, that Klopp had an underwhelming first season (granted he took over in October) as the Reds finished 8th. Without the clear progress shown in the next season, and greatly boosted by Sadio Mane, the Liverpool side may not have had the same trajectory.

Whilst the way he announced his future and said he will make a big announcement after the final will leave a little sour taste for Liverpool fans, the fact that he was loyal, never requested a move away (unlike Suarez) did not fake an injury (unlike Coutinho) or run his contract down (unlike Emre Can) just goes to show he has full respect for the club and I am sure the Reds will wish him the best and this move will have little to no impact on his legacy.

Mane has made his choice for a new challenge and FC Bayern are getting another quality attacker, whilst Liverpool will be sore because of this, he allowed them a chance to bring in a replacement and has left on good terms.

“Sadio Mane, he is the best player in the world” 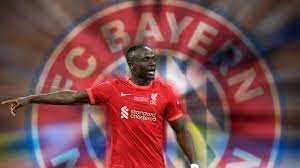