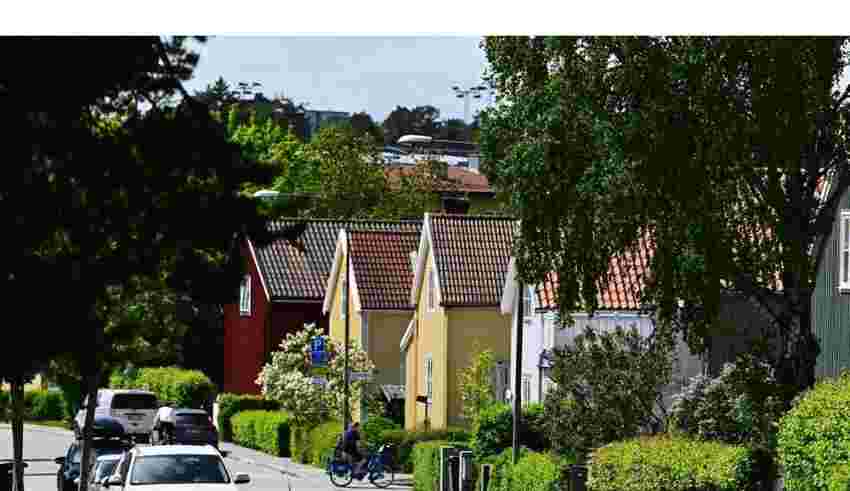 The housing slump, which is mirrored in countries from Australia to UK, follows a steep run-up in prices during the pandemic. Mortgage terms that don’t require paying off the loan principal in Sweden have helped fuel that boom which is now reversing fast, making the Nordic nation one of the pacesetters for the global housing downturn.

Read More: Global Housing Market Pain Has Echoes of a Crash 30 Years Ago

The price of detached houses, which saw steeper gains during the Covid-crisis, dropped by 2% from the previous month in October, according to data from Svensk Maklarstatistik, a realtor organization. The average price of sold apartments was largely unchanged.

In nominal terms, average apartment prices have dropped by 13% since March. Banks in the Nordic country are expecting the slide to continue as the central bank expects to raise borrowing costs further after delivering unprecedented rate hikes in its battle with inflation, at a three-decade high of 9.7%.

On Monday, the Nordic region’s largest bank Nordea adjusted its economic forecasts to reflect a steeper decline in home prices than it had previously expected. Nordea now believes prices will drop by 20% from the peak, down from a previous forecast of 15%. That development is already weighing on consumer spending, and leading to a decline in construction.

“After many years of debt build-up, the resultant vulnerability is now being tested,” Nordea’s analysts, led by chief economist Annika Winsth, said. “There are many and powerful forces at play, where the dramatic change in financial conditions has the strongest negative impact on the economy.”

The next indication of the Swedish housing markets’ health comes on Nov. 21, when data provider Valueguard publishes its closely watched HOX housing index. That will be two days before monetary policy officials at the Riksbank gather to decide on their next move to curb inflation.