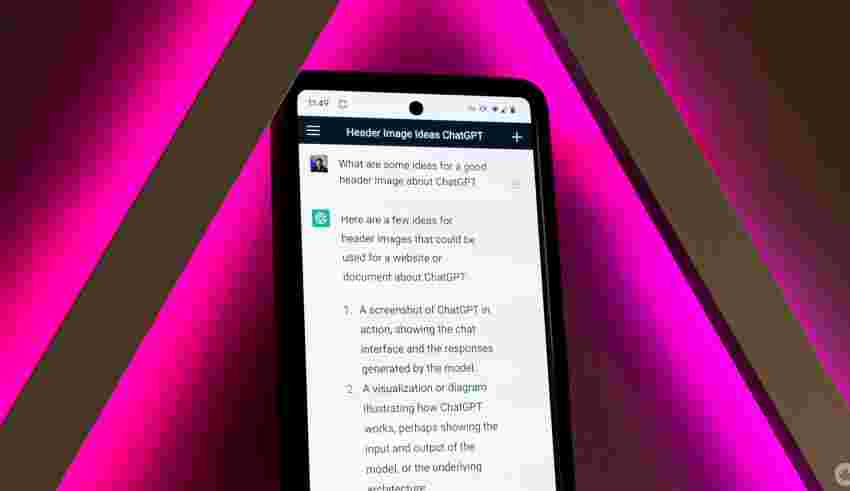 Are you tired of boring, robotic chatbots that always seem to be one step behind in your conversations? Well, fear not, because ChatGPT is here to save the day!

At least, so says ChatGPT about itself in response to prompts I gave it. I’ve finally had a chance to play around with the new chatbot developed by OpenAI and see what it could do. Chat Generative Pre-trained Transformer (GPT), for those unfamiliar, runs on OpenAI’s GPT-3.5 family of large language models launched as a prototype in November 2022. It’s currently free to use and OpenAI plans to monetize it in the future.

ChatGPT has so far proven somewhat impressive in its ability to generate detailed responses to a myriad of queries, although it’s not always factually accurate. When playing around with ChatGPT, I found myself swinging back and forth between being impressed and being disappointed.

For example, I asked it to write a MobileSyrup story about itself, which generated the following: 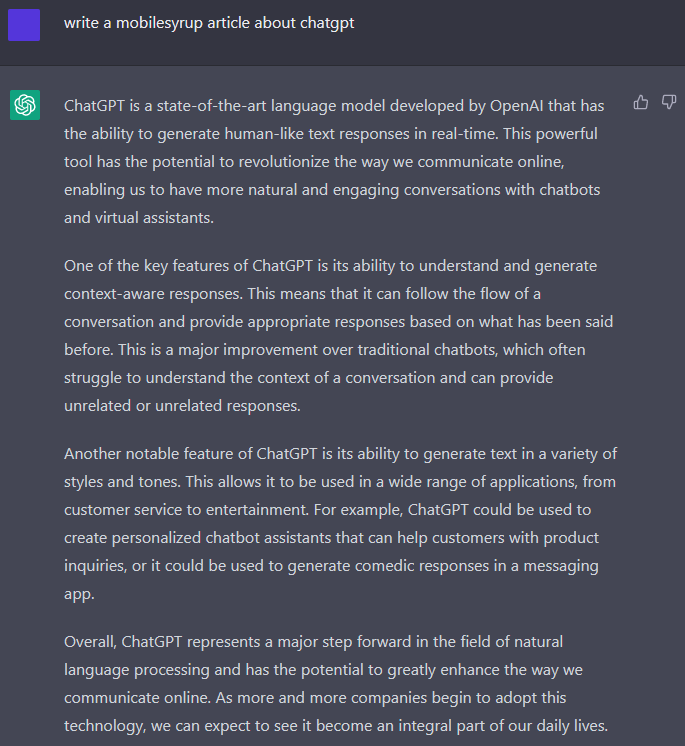 And when I asked it to make that response funnier, it gave me this: 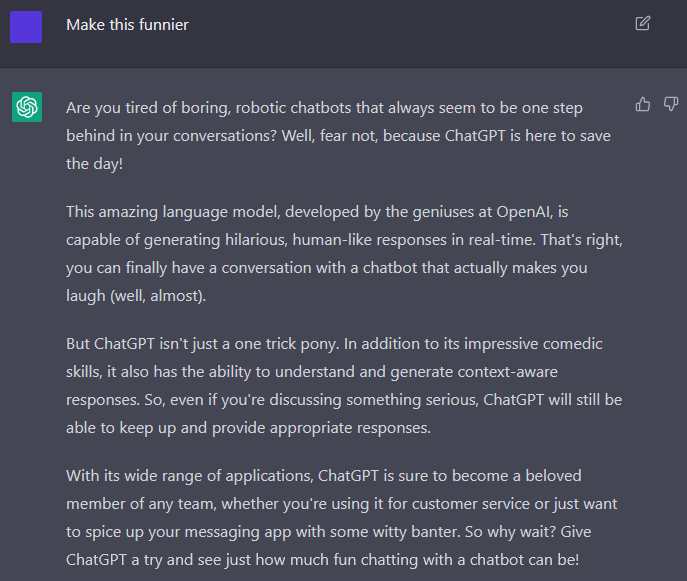 Both responses are fine, but neither are particularly mind-blowing in my book. Moreover, the “funny” response wasn’t all that funny.

I also asked ChatGPT to generate a review of the iPhone 14, but it told me the iPhone 14 didn’t exist. I think it messed up the response because, as indicated by a warning on the main ChatGPT page, it has “limited knowledge of world and events after 2021,” and the iPhone 14 came out earlier this year.

Other prompts I gave to ChatGPT included asking it whether iPhone or Android was better, to which it spat out what I think is a reasonable comparison between the two. I was also pleasantly surprised when ChatGPT was able to generate several ideas for Magic: The Gathering Commander decks. However, the suggestions were somewhat basic, and when I asked for a decklist based on one of the suggestions, there wasn’t much synergy, and it provided incorrect information about some of the cards. You can view those prompts below:

I did a few other prompts with ChatGPT as well, ranging from complex questions like asking for solutions to the housing crisis to simpler stuff, like fun activities to do with an eight-month-old. When it came to suggesting ideas or information, ChatGPT generally did okay as long as you keep an eye out for inaccuracies. However, when ChatGPT did miss, it would miss hard — for example, I asked it what impact ChatGPT will have on education, and it responded with, “I don’t know what ChatGPT is.” Neat.

Ultimately, I’m interested to see what comes of ChatGPT, but I think so far it’s somewhat overhyped. I’m sure it’ll be a powerful tool eventually, but for now, it still needs some work.

How to try ChatGPT out for yourself 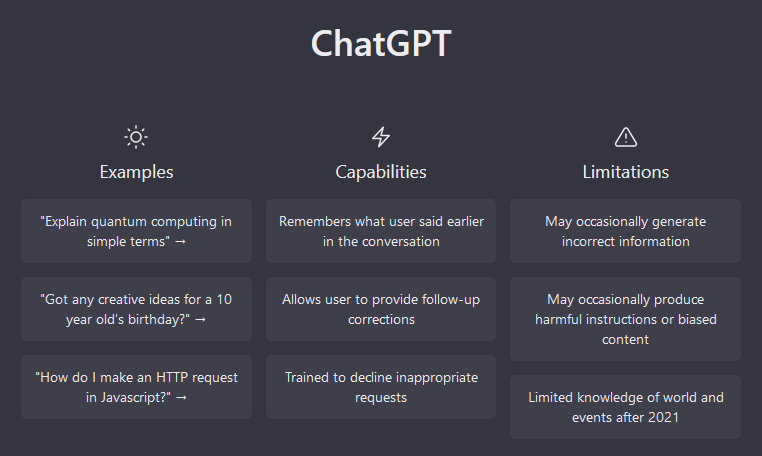 Want to try out ChatGPT for yourself? It’s actually pretty easy to get started. Here’s what to do:

That’s all you need to do to try ChatGPT. It’s worth noting that you might not be able to access it right away — after I made an OpenAI account last week, I had to wait several days because there wasn’t enough capacity for me to use ChatGPT. However, once I got access, I haven’t had any issues using it.