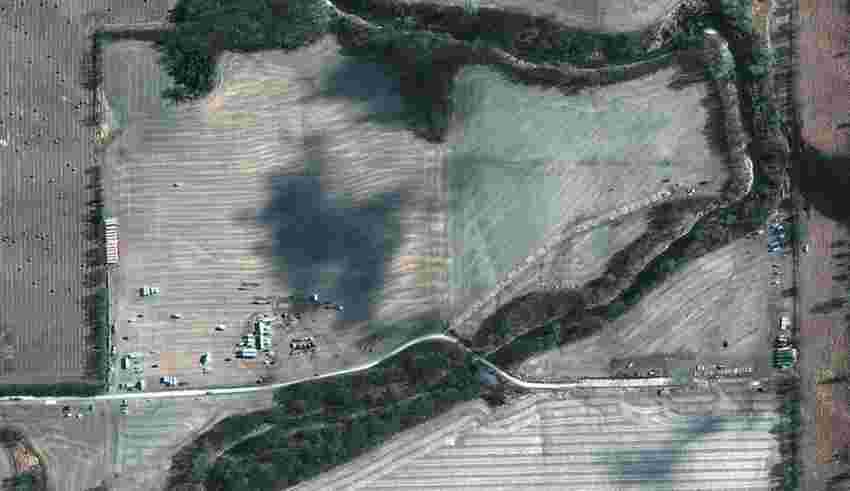 TC Energy Corp. has a plan to unload an estimated $5 billion in assets this year, but following a 14,000-barrel spill on the company’s Keystone Pipeline last month — the third significant spill on the line in five years — the major cross-border pipeline is less likely to be among the assets on the chopping block and could be “unsaleable,” according to one analyst.

Keystone had been a rumoured target for divestiture since even before the Calgary-based company officially confirmed in November that it intended to sell unspecified individual assets or minority stakes valued at a total $5 billion in 2023 in order to slash debt and fund new projects.

Prior to the recent spill in Kansas, the potential sale of Keystone had been viewed favourably by analysts who argued that selling off TC Energy’s largest liquids pipeline would bolster the company’s balance sheet while providing a boost to its ESG targets.

But the temporary shutdown of the pipeline on Dec. 7, after more than half a million gallons of crude oil spilled into a creek in a rural Kansas county, may have dramatically altered the prospects of a sale this year, according to RBC Capital Markets analyst Robert Kwan.

“We wonder if the Keystone spill will effectively render that asset as unsaleable in 2023,” Kwan wrote in a research note this week, arguing the company should hike the value of its planned asset sale and look at selling a non-controlling stake in its Canadian natural gas pipeline system, NOVA Gas Transmission Ltd. (NGTL) — a move which would put a dent in its core business of natural gas pipelines.

“With the sale of Keystone possibly out of the picture in 2023 due to the aftermath of the recent spill, and our view that TC Energy would prefer to avoid selling a major asset outright, we believe a sale of 49 per cent of NGTL could achieve a transaction value of almost $12 billion … which is much larger than TC Energy’s current plan to sell $5+ billion of assets.”

TC Energy could certainly use the cash from a larger asset sale.

The pipeline company has been contending with ballooning costs on its Coastal GasLink project, which have put pressure on its stock price. Construction on the pipeline, which will ship natural gas to LNG Canada’s export facility in Kitimat B.C., is over 80 per cent complete, but it’s expected that getting to 100 per cent will require another “material increase” to the cost and the company has promised an updated net cost figure early in the new year.

The company has blamed rising labour costs and contractor underperformance for the latest cost overruns. Coastal GasLink’s price tag had already risen to $11.2 billion in July, up from an earlier estimate of $6.6 billion. Analysts have suggested the new cost estimate in 2023 could increase by an additional $1 billion to $3 billion.

December’s pipeline spill, which saw flows on the pipeline shut off or restricted for much of the month, concluded a challenging year for the company, despite higher commodity prices.

In his research note, Kwan suggested there is a risk of further downward pressure on the company’s share price in 2023 if TC Energy doesn’t increase the size of its asset sale.

“Specifically, we think investors will tread carefully with respect to the potential for additional cost overrun announcements throughout the year,” Kwan said, referring to Coastal GasLink. “We also believe investors will be concerned about a potential credit rating downgrade and the company issuing equity to address its credit metrics.”

At the company’s investor day in November, TC Energy chief executive François Poirier previously suggested there were “no sacred cows” when it came to which company assets could be on the chopping block.

The Keystone system moves approximately 20 per cent of western Canadian crude oil to large refineries in the Midwest and Gulf Coast. The pipeline is a stable cash-flow generator for the company with 94 per cent of volumes travelling on the system under long-term contract.

In a presentation to investors in November, the company said it had boosted Keystone capacity to 622,000 barrels per day, and, at the time, executive vice-president Bevin Wirzba said the company had plans for further incremental increases.

If you liked this story, sign up for more in the FP Energy newsletter.