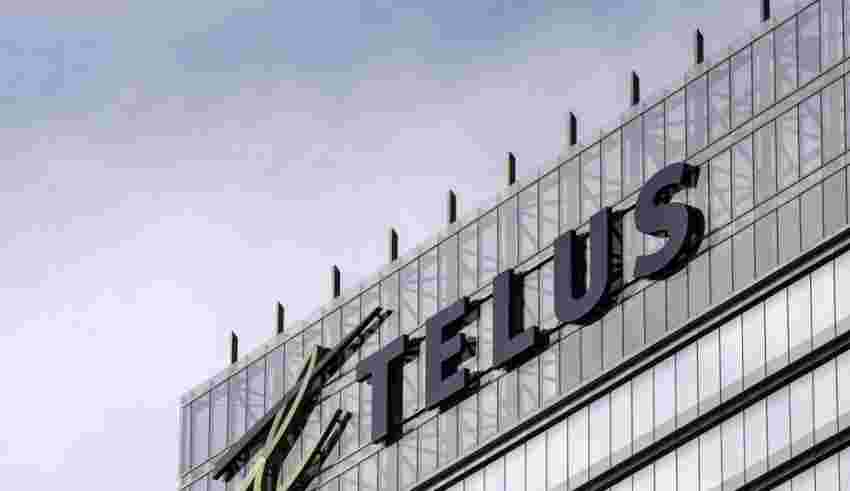 The processing fee application Telus Corp. filed to the Canadian Radio-television and Telecommunications Commission only applies to a small subsection of users — and Telus doesn’t need the telecom regulator’s approval to add a credit card surcharge on the majority of its customers, a CRTC spokesperson said.

Telus’ tariff applications garnered over 4,300 interventions from individuals and consumer groups, but for most of their customers, the hearings are moot.

“It is really restricted to some rural exchange areas where there’s no competition, because the CRTC does not regulate areas where it seems there’s enough market forces and competition,” said Patricia Valladao, the regulator’s media relations manager.

The Vancouver-based telecom company already implemented the 1.5 per cent charge last month for most wireless and home-service customers who pay their bills by credit card.

Like most businesses in Canada, Telus has been able to include the charge since Oct. 6, when the new rules on credit-card surcharging came into effect as a result of the settlement of a years-long class-action lawsuit with Visa and Mastercard.

The additional fee, however, does not apply in Quebec due to provincial consumer protection laws, nor does it apply to customers of Telus’ Koodo subsidiary.

“It gets confusing for everybody else because they probably think the CRTC has the power to say no, but the reality is we do not for the areas we don’t regulate the company,” Valladao said.

For the areas that the watchdog does regulate, including a small subsection of rural British Columbia and Alberta, the CRTC has until Dec. 6 to make a final decision on whether to allow Telus to surcharge credit card fees.

While Telus was one of the first Canadian companies to announce a fee on credit-card payments amid the new surcharging rules, it won’t be the last to do so. The Canadian Federation of Independent Business said nearly 20 per cent of small businesses it surveyed are considering a surcharge to offset credit-card processing fees.

Telus is the first major Canadian company to implement a surcharge. The Financial Post asked numerous others if they planned to follow suit, but none confirmed they intended to do so. Some, such as Loblaw Companies Ltd. and Dollarama said they were not planning to introduce the surcharge. Others, including Calgary-based carrier WestJet Airlines Ltd., said they had not evaluated the issue in detail. Many did not respond.

For convenience stores, the ability to surcharge only distracts from what they say is the fundamental issue — the high interchange fees themselves, the Convenience Industry Council of Canada, an industry lobby group, said.

“Surcharging is a bait and switch,” said the group’s president, Anne Kothawala, arguing that the fees charged by credit card companies and banks have become “exorbitant” and bear no relation to the cost of processing the transaction.

Kothawala said the convenience store industry is already one of the most competitive retail environments, and surcharging would be “an absolute last resort” for those in the sector as they don’t want to risk losing customers.

She added that the group’s members reported a 55 per cent increase in retailer interchange fees over the course of the pandemic due to an increase in touchless payments, as well as increased use of premium cards.

Currently, interchange fees range from about 1.4 to 2.4 per cent of every sale, depending on the type of credit card.

In March, the Canadian Federation of Independent Business reported a similar statistic, which said that 55 per cent of small businesses started accepting or increased their acceptance of contactless debit or credit payment methods throughout the pandemic.

“Small businesses are finding it more and more difficult to deal with accumulating credit card fees as consumers shift away from cash payments due to the growth of e-commerce and even for small, in-store purchases,” the CFIB’s senior vice-president, Corinne Pohlmann, said at the time.