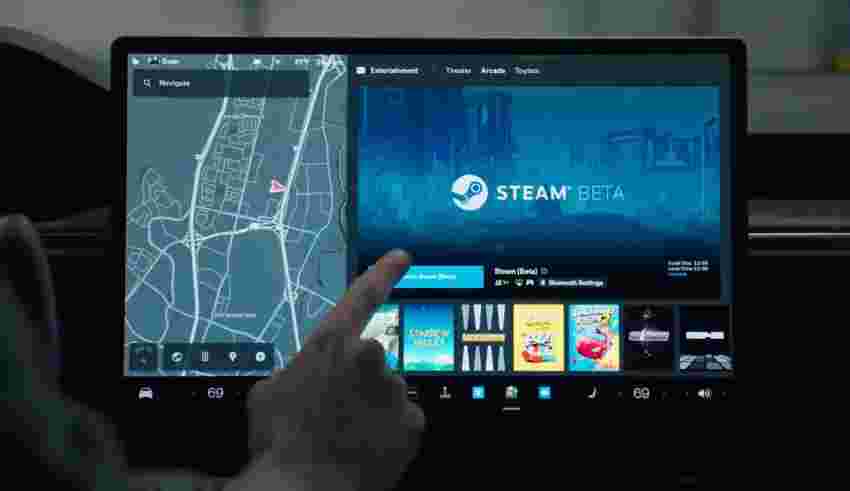 In an update on Twitter, the Tesla Twitter account and its CEO Elon Musk announced that Steam support has now been added to new Tesla vehicles as part of a holiday update, via ArsTechnica.

Tesla vehicles’ central console can now access Steam and its huge catalogue of PC titles, though the functionality is currently limited to high-end Model S and Model X vehicles released in 2022. These vehicles include 16GB of onboard RAM that allows Steam and games to run efficiently on the platform, though according to Musk, older Tesla models would gain the functionality in the future.

It’s worth noting that Steam support doesn’t mean that you can play any game available on Steam in the vehicle. Only games that have been verified by Valve for the Steam Deck handheld would work in the vehicle.

Users can play games with a wireless Bluetooth controller, or with a mouse and keyboard, though, as always, the games would only work when the vehicle is parked.