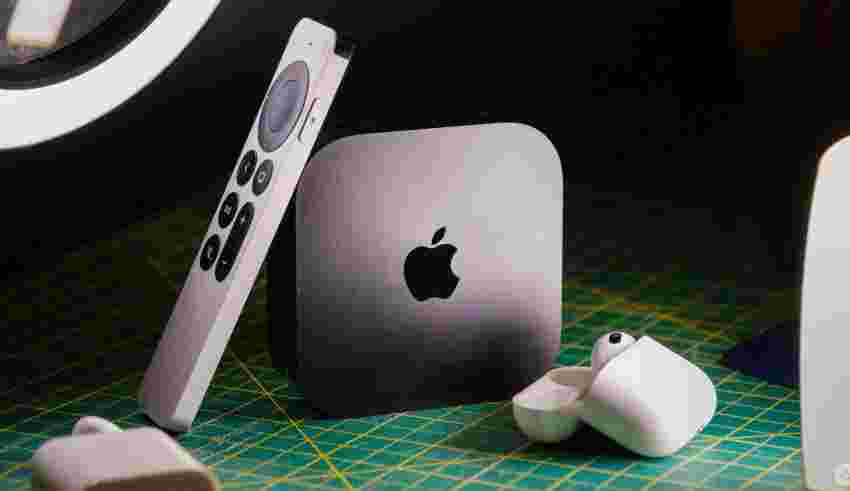 I’ve been writing a lot about the Apple ecosystem lately, and the new Apple TV 4K (2022) is the icing on the cake.

It’s unnecessary, but if you want the creme de la creme of the smart TV experience, it’s difficult to beat it. The software is well-designed, and ad-free, while the hardware is top-notch, with a remote that feels incredible.

If you have an Android phone, there are a few more streaming options, but if you’re an iPhone user, it’s hard not to want the Apple TV 4K.

The best part of using the new Apple TV 4K is how nicely it plays with your iPhone. Since iOS 16.1, the on-phone virtual remote has gotten exponentially better now that you can play/pause, scrub through content, and control volume playback right from the lock screen. This means you no longer need to unlock your phone and dive into an app or menu. Just pick up your iPhone, and boom, the media controls you want are instantly accessible. Sure, people are really into the new Apple TV remote, but this is better, and I find myself using my phone more than the remote now.

This new functionality is enabled through Apple’s ‘Live Activities’ framework. Because of this, Roku and other streaming devices with an iPhone app can likely take advantage of similar lock screen-based controls via an update. 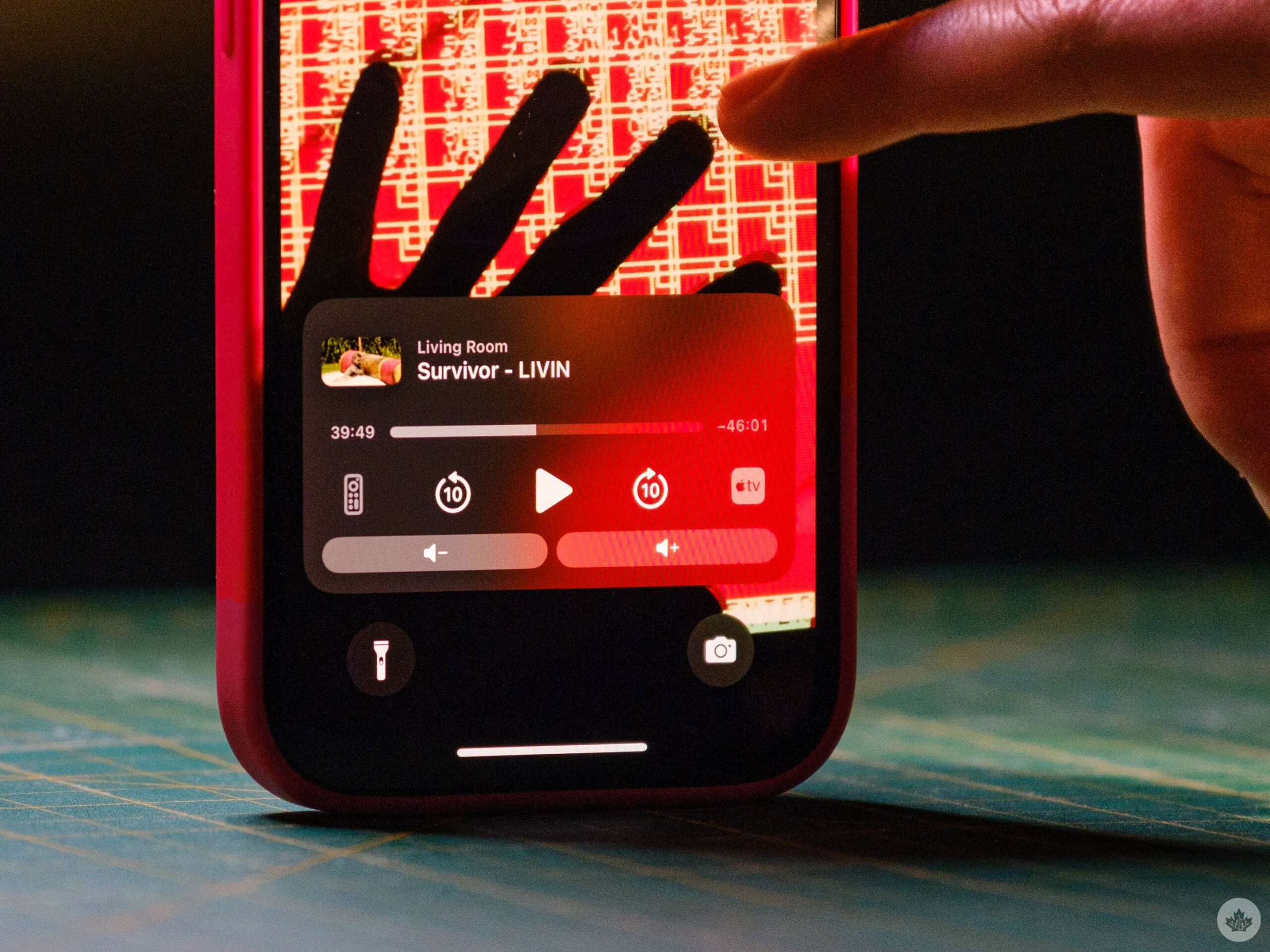 The other perk built into the Apple TV 4K is that you get access to Apple Arcade and a fully functional Apple Fitness+ app. You can cast Fitness+ classes to any AirPlay-compatible TV, but having a browseable app on your television is nice. Apple Arcade is fun as well, and while there aren’t that many games that have drawn me in, I love being able to cloud save a title on my phone and play it later on my TV or iPad.

If you have AirPods, the ease of connecting them to your Apple TV to listen to content silently is also a useful feature. 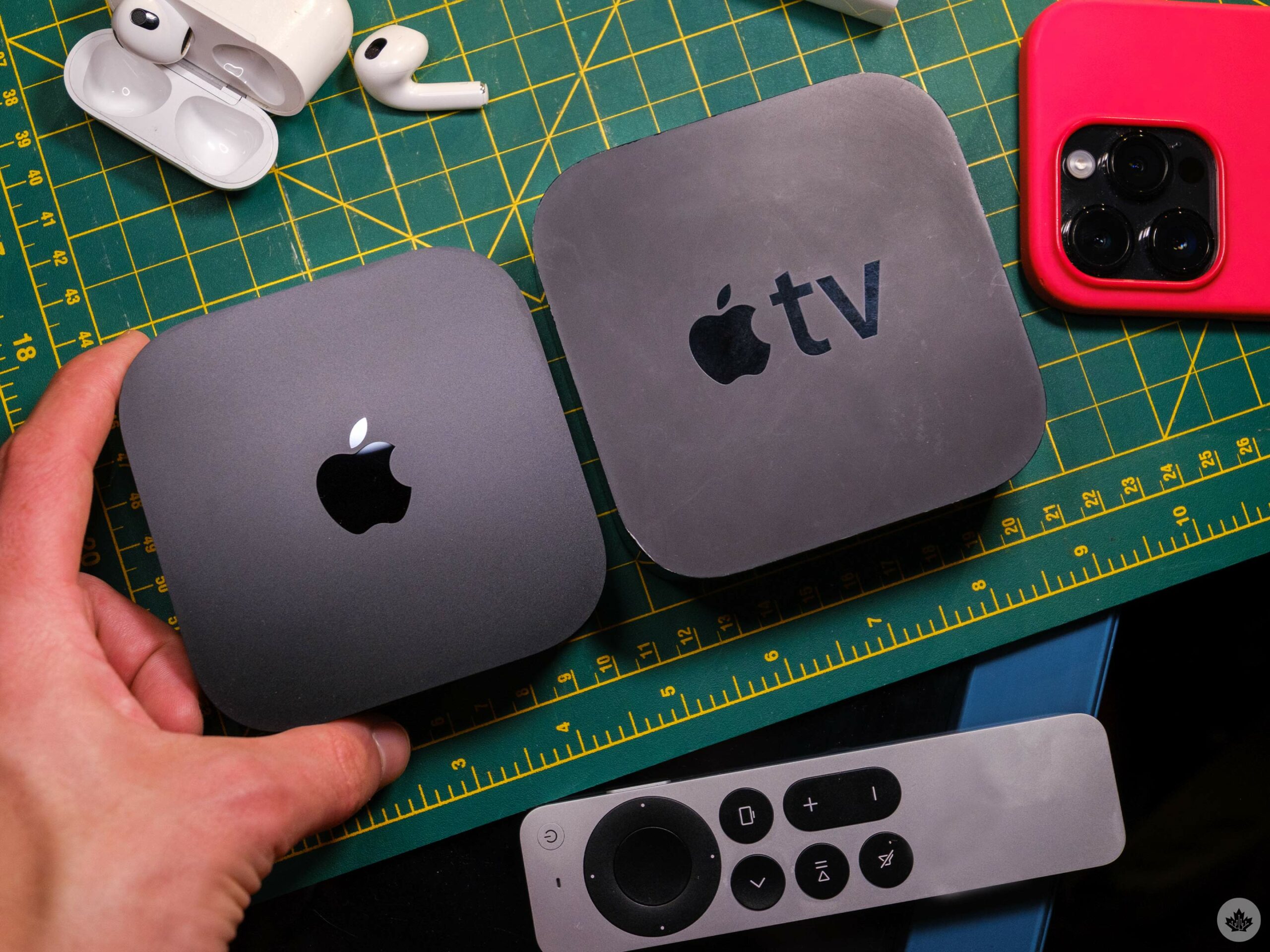 The new Apple TV is smaller and doesn’t feature a fan.

Compared to other smart TV operating systems, one of the key upgrades is that the Apple TV menu actually looks good. It’s not great, but it’s clean, high-res and easy to navigate. Google and Amazon’s home screens push content to watch, often regardless of whether you’re subscribed to the service hosting that content. Roku is a little better, but it still looks outdated and usually has one giant ad on the right-hand side, which is tacky, to say the least.

Once you jump inside the Apple TV app, things get a little messier regarding content you don’t subscribe to, but at the very least, the home screen is clean.

The new Apple TV 4K (2022) also packs the Apple A15 Bionic chipset, which gives it more than enough power to play modern content for the foreseeable future. This might sound like a small thing, but over time lag on a cheap smart TV box can get annoying, so knowing that you can not only play games but likely won’t have to worry about audio/video sync issues or lag, is a nice piece of mind.

A great remote can never be perfect 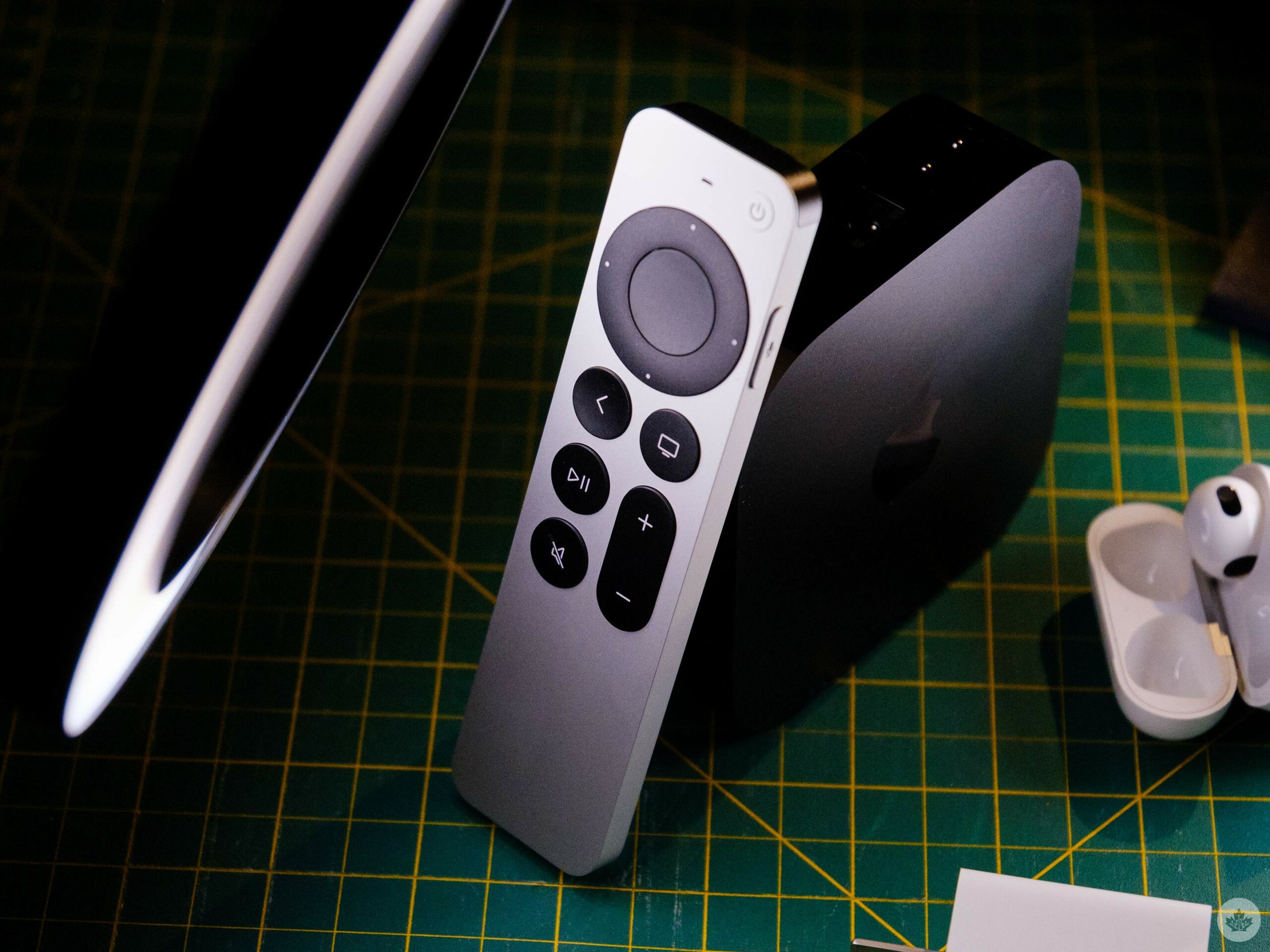 The remote feels excellent, but the button with a TV on it makes little sense. When you click the TV/Home button, it jumps you into the Apple TV app. If you hold it, you go back to the home screen. This isn’t very great, but thankfully you can switch it off in settings, so it acts predictably as a home button. That said, the fact that you need to go into the settings and enable this is a pain, and I wish Apple would not try so hard to force people into the Apple TV app.

On the flip side, it’s nice Apple updated the Menu button to become a Back button last year, but hiding the Siri button on the side of the remote feels strange to me. The old Siri remote and most other smart TVs have their voice control button on the front, and I found that to be easier to work with. Something is satisfying about holding down the button on the front, which makes it feel like engaging a microphone. 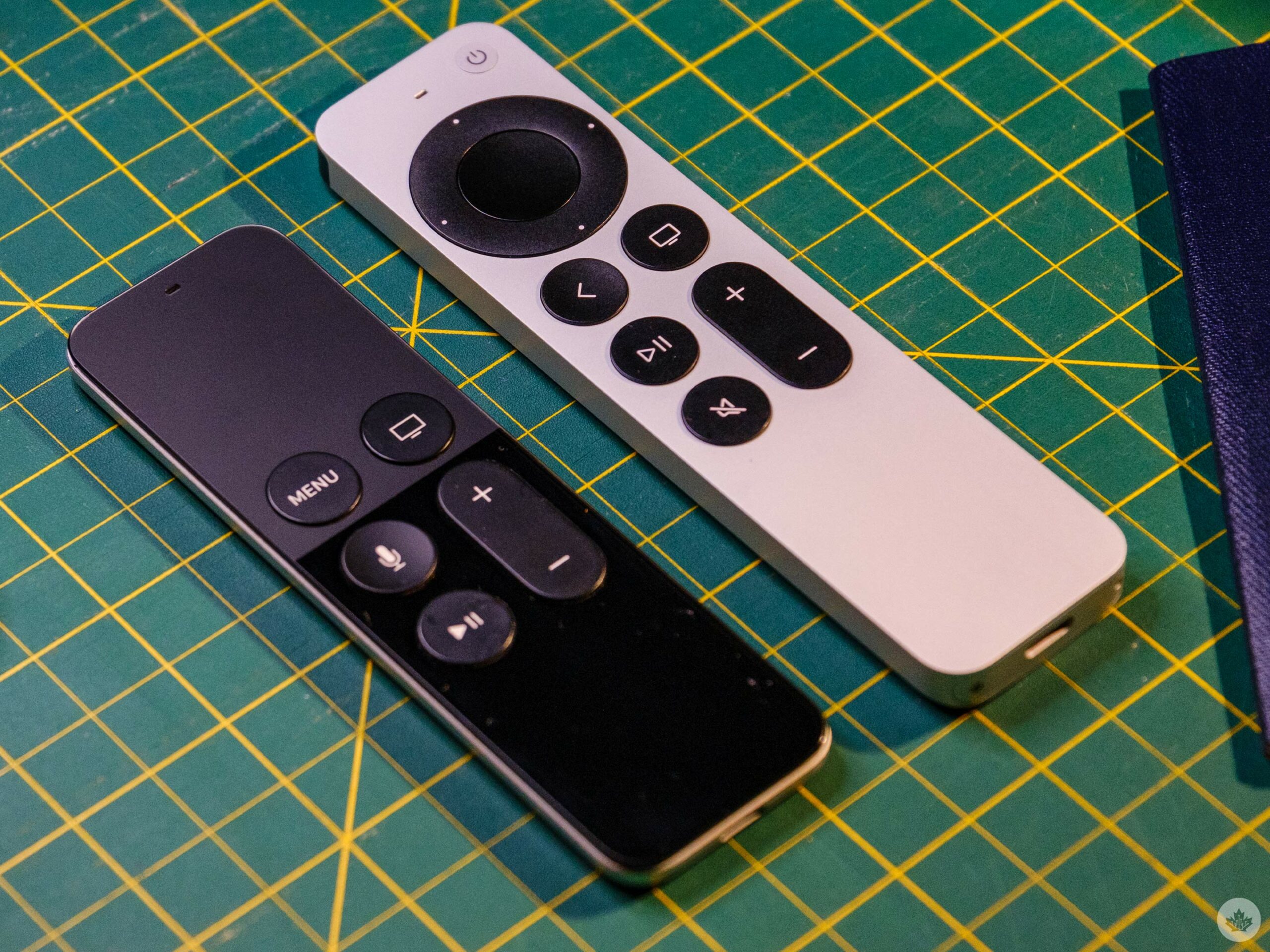 I’m likely one of the few, but I also enjoyed the swipe-based navigation on the older Siri remote. It had a steep learning curve, but when I used it as my primary device, I could fly around the interface, and the software momentum that Apple built into tvOS felt natural and looked superb. The new D-pad/touch wheel/touchpad design works fine, but the compromise on the new remote makes the swiping worse than before, and moving with the D-pad still applies some software momentum, which feels out of place when you’re not swiping.

None of this is to say it’s a bad remote. By contrast, the matte aluminum body feels incredible in your hand. It has excellent balance, clicky buttons and even a USB-C port for charging. You can also use it as a universal remote with most TVs. Compared to the gross Chromecast buttons and the dull Fire TV remote, it’s head and shoulders above the rest, but it seems that to streamline things, Apple might have made it a bit more complicated than needed.

For Apple lovers only? 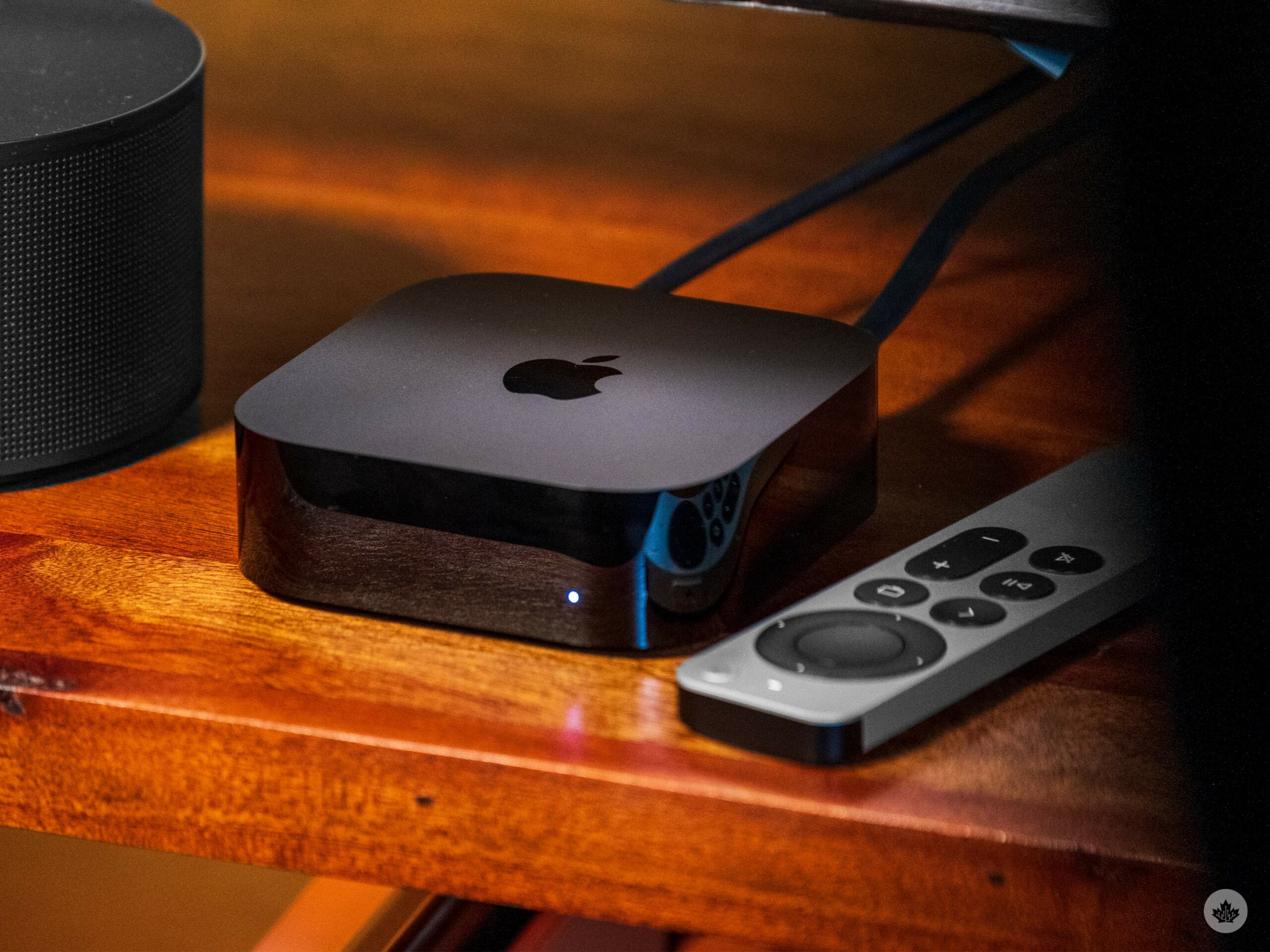 If you have an iPhone, then having an Apple TV attached to your main TV is a nice add-on. However, I think most people likely only need one in their house, and a cheap Roku or Fire TV stick with AirPlay support can probably service most other TVs in a household.

I’m really enjoying this set-top box for things like Apple Fitness+ and Apple Arcade, so I can play Lego Star Wars Castaways on my TV while at home. This speaks to me since I’m already fairly immersed in the Apple ecosystem. If you’re not, a lot of the perks I enjoyed might not apply to you as much. 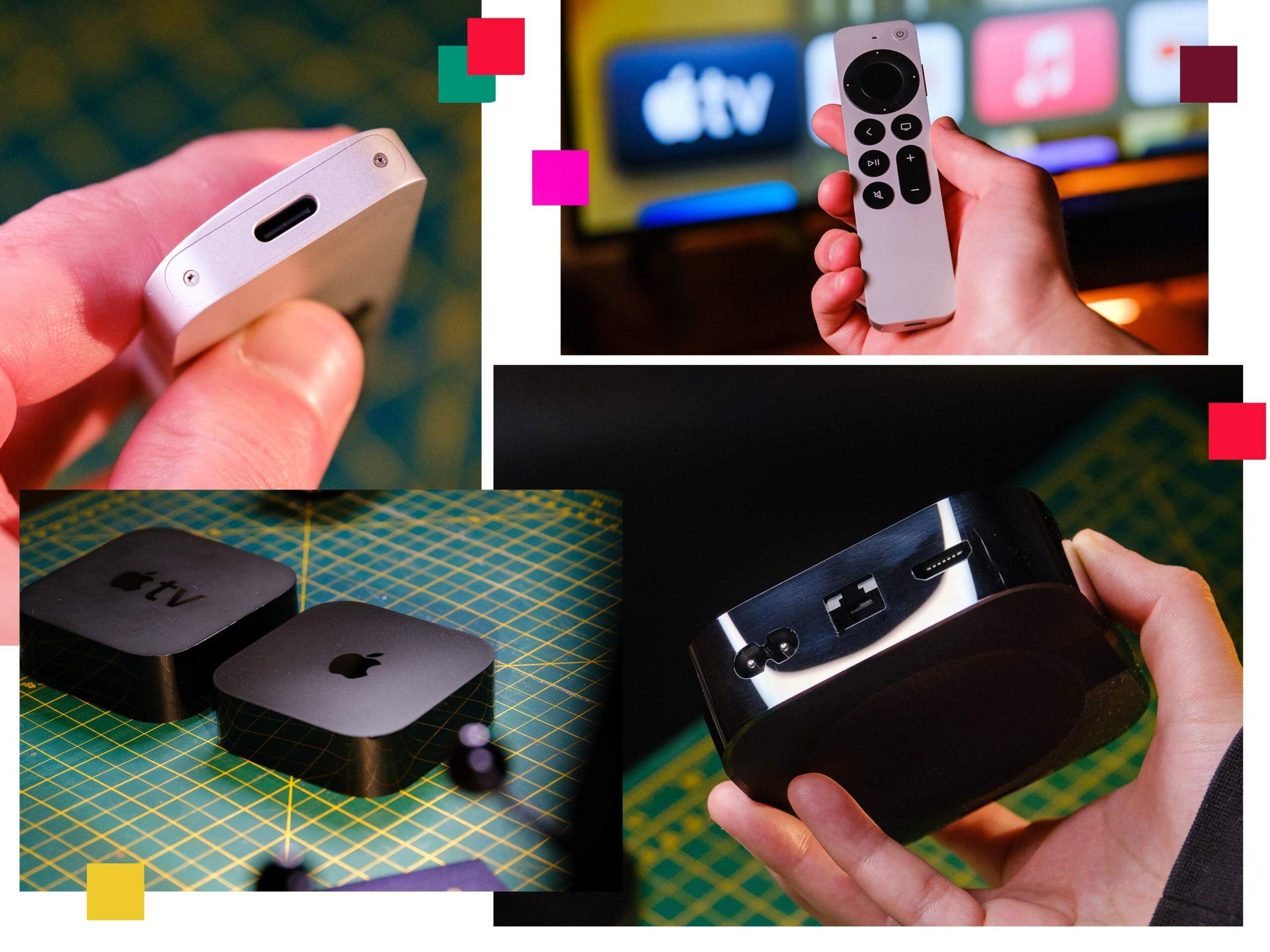 All of this is to say that the new Apple TV is great, but unless you care about design or the Apple ecosystem, it’s not going to play content significantly better than the competition.

You can buy the standard Wi-Fi model with 64GB of storage for $179, and the ethernet/Thread model with extra storage costs $199.