Home News The Battle For America’s Soul Is Not Over; What About A Donald Trump And Kari Lake Ticket For The 2024 Presidential Election? – The Published Reporter® 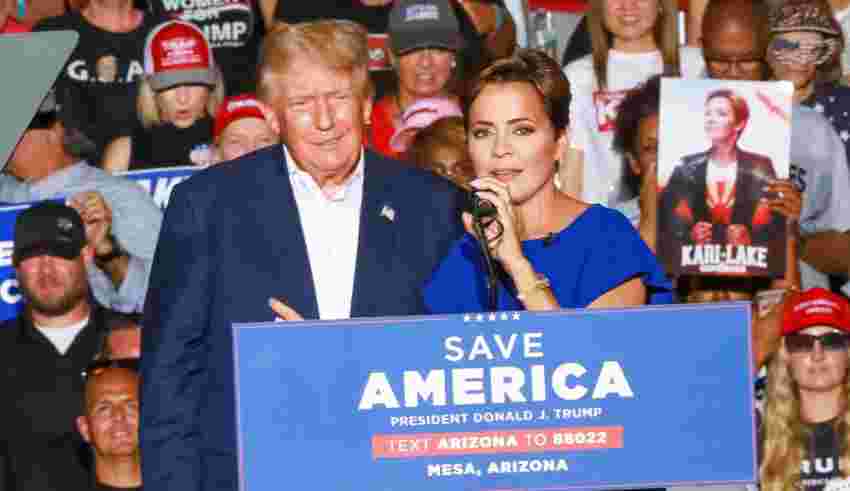 FPORTSMOUTH, OH –  First, let me say that I felt despair, anger, sadness, disappointment, and a wave of emotions concerning the results of the midterm election. I did not sleep well because I assumed in the morning there would be stolen elections reports. Kari Lake and her campaign team from Arizona deserve our kudos for taking on the Deep State regime in D.C. and for speaking out for liberty and justice in our great USA. Lake the lion showed her courage and conviction and uplifted the freedom-loving citizens from around the country.

So, I sipped my coffee and allowed my feelings to swirl and twirl. What happened to the predicted Red wave? Argh. Pumped up and deflated.

Next, I tuned into Mega Praise Ministries on YouTube. “Urgent Word Regarding Mid Terms” was the caption.

The voice of Pastor Manuel Johnson was so soothing and encouraging. And his words lifted my spirit immediately. His word from the Lord: “God is going to do what He says He is going to do, but not the way we’re thinking because His ways are higher…The midterms will be on my terms.”

Next, I went to uplifting music. “Best Praise and Worship Songs 2021 – Top 100 Best Christian Gospel Songs Of All Time.”

Next, I googled a scripture for the day.

“Come and see what the Lord has done…He makes wars cease to the end of the earth…He says, “Be still and know that I am God. I will be exalted among the nations; I will be exalted in the earth.” The Lord Almighty is with us; the God of Jacob is our fortress.” (Psalm 46:8-9, NIV)

Our hope is not in a human being or a political party – our hope is in Lord Jesus, the Prince of Peace. God is still God. However, God still has a grand plan for Presidential Donald Trump, Kari Lake, and for our great land of liberty.

Being from Ohio, I watched the patriotic Donald Trump rally for senator candidate J.D. Vance live on rumble from Dayton, Ohio, – the night before the November midterm. “In 2020, more Ohioans voted for President Trump than any other candidate in the state’s entire history,” declared the website.

Trump’s family also attended the Dayton rally. And the freedom-loving citizens listened intently as Trump further exposed the Biden regime of socialism on the road to communism. I agreed with Trump that “no other president has ever been treated this way.” He has been persecuted by radical Democrats and the mainstream media mafia – yet his love for America keeps him fighting for freedom and justice. “America must remain a free country,” declared Trump. And he hinted at an announcement of a future run for 2024.

Let me remind you, I was not a Trump fan prior to the presidential election of 2016 and prior to the coronavirus crisis. But as the truth unfolded, I finally understood. God chose Trump to expose the Deep State cabal – to open our eyes to the corruption in government and to drain the swamp. Yes, the man has flaws, however it appears that God is still working on him – like God continues to work on the rest of us. I switched political parties and voted for Trump in 2020.