Home Automotive The Best Ferraris Of All Time 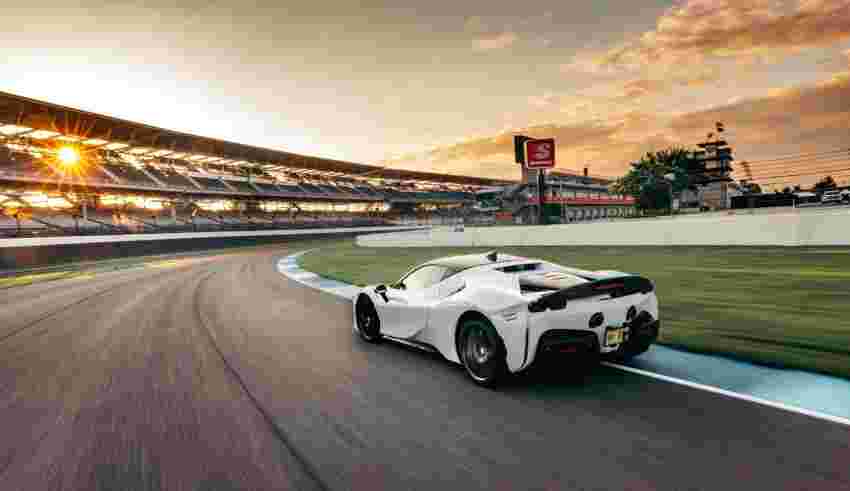 There are a lot of brands across the world that have achieved iconic status and made a huge impact on their respective industries over the years. Such brands include Apple in electronics, Disney in entertainment, Rolex in watches, and Ferrari in cars.

Ferrari is an Italian premium sports car manufacturer that has been producing some of the most successful and desirable cars ever built since 1947.

For over 70 years, Ferrari has been producing cars that have pushed the boundaries of speed, design, and style. This “Prancing Horse” has countless models that are considered some of the best Ferraris of all time.

Some of the best characteristics putting the best Ferrari models ahead of other car models is its performance. This car was born on the racetrack, so naturally, it’s built for speed. Ferrari models are world-renowned for their beauty and breathtaking design.

Many Ferraris also rank among the most gorgeous cars in the world. And although there’s an abundance of models to choose from throughout its long history, here are some of the coolest Ferraris ever made:

The Ferrari F40 was the last car to be produced under the guidance of Enzo Ferrari himself before his death in 1988. It is considered one of the greatest supercars ever built, and it remains one of the most sought-after Ferraris today. This iconic model’s design stands out among a sea of other cars with its huge wing and aggressive bodylines.

It has a mid-mounted 2.9-liter twin-turbo V8 engine that produces 478 horsepower, allowing it to go from 0-60 mph in 3.7 seconds and reach a top speed of 201 mph. If you’re looking for the best Ferrari car, this is the right option.

The Ferrari F12tdf is a special edition of the F12berlinetta, and it was released to commemorate the Tour de France Automobile race. Much like its predecessor, this model features a 6.3-liter V12 engine that produces 769 horsepower, allowing it to go from 0-60 mph in just 2.9 seconds and reach a top speed of 211 mph.

Ferrari LaFerrari is the ultimate example of a modern supercar. It is powered by a 6.3-liter V12 engine with 789 horsepower and a 163 hp electric motor, providing it with 949 combined horsepower, allowing it to go from 0-60 mph in less than 3 seconds and reach a top speed of over 218 mph.

The LaFerrari’s design is modern, yet it retains some of the classic Ferrari cues, such as the signature prancing horse logo in the front and a V12 engine at the back. It has active aerodynamics and is made out of lightweight carbon fiber materials, giving it an edge when it comes to speed and performance.

If you’re looking for the all-time best sports car mankind has ever made, the Ferrari 458 Speciale A might just be it. It has a 4.5-liter V8 engine with 605 horsepower, allowing it to go from 0-60 mph in only 3 seconds and reach a top speed of over 202 mph.

The car provides incredible power delivery, and the handling is like no other. It’s also paired with the most impressive piece of tech, the slip side, which combines the car’s traction control with the gearbox to ensure you always have the right amount of power and grip.

Check The Spec: The First Ferrari 458 Speciale Aperta Delivered To The U.S.

Considered one of the top Ferrari models, the Ferrari SF90 is a combination of performance and technology. It offers an impressive 986 horsepower from its turbocharged V8 engine, allowing it to go from 0-62 mph in 2.5 seconds and reach a top speed of 211 mph.

The SF90 also features the latest advancements in automotive technology, including electric power distribution and active aerodynamics, that help reduce drag and improve performance. The exterior design is unmistakably Ferrari, with its signature aggressive lines, scoops, and curves.

It’s currently the brand’s flagship hypercar, making it the fastest and most powerful Ferrari ever built. It’s a true masterpiece of engineering and design that will go down in history as one of the best-looking Ferraris of all time.

The design is unique yet recognizable as a Ferrari with its sharp lines, curves, and iconic prancing horse logo. It also features a carbon fiber body, carbon fiber seats, and a racing type steering wheel with all the related buttons and switches, giving it a racecar feel. The Ferrari Enzo is considered one of the best Ferraris ever made, so much so that it has become a collector’s item and is highly sought after by car enthusiasts.

The Ferrari 812 Competizione is the latest model from the Italian brand, and it has all the features you would expect from a modern supercar. It has a 6.5-liter V12 engine with 789 horsepower, allowing it to go from 0-60 mph in 2.9 seconds and reach a top speed of 211 mph.

With the looming demand for electric-powered cars, the Ferrari 812 has lived up to the expectations by featuring a hybrid electric powertrain with 830 horsepower that can be used in tandem with the V12 engine. The Ferrari 812 Competizione is a true testament to the Italian brand’s dedication to creating the best performance cars in the world. It’s a car that will always stand out and remain one of the most popular Ferrari models ever created.

Ferrari Testarossa is one of the most iconic and best Ferrari ever made. Ferrari Testarossa boasts features such as a naturally aspirated 4.9-liter V12 engine with 390 horsepower, allowing it to go from 0-60 mph in 5.8 seconds and reach a top speed of 181 mph.

The interior resembles that of a luxurious race car, and the exterior is classic Ferrari red. It also features the iconic side strakes, which were inspired by Formula 1 cars at the time and are now a signature element of the Testarossa.

The Ferrari Testarossa is an iconic car that has become a classic, and it’s still highly sought after by many car enthusiasts today. It was one of the first Ferraris to gain worldwide fame, thanks to its starring role in the popular TV show Miami Vice.

The Ferrari 599 GTO is considered one of the most powerful and aggressive Ferraris ever made. It has a 6.0-liter V12 engine with 661 horsepower, allowing it to go from 0-60 mph in 3.3 seconds and reach a top speed of 208 mph.

The exterior design is unmistakably Ferrari with its muscular lines, sculpted curves, and iconic yellow accents. It also features state-of-the-art technology such as carbon ceramic brakes, active aerodynamics, adjustable suspension, and a launch control system that helps you reach maximum speed in the shortest possible time.

The Ferrari 599 GTO is a true masterpiece of engineering and design that will remain a classic for many years to come. It is an incredibly powerful and capable car that will always be remembered as one of the most iconic Ferraris ever made.

The exterior design is classic Ferrari, featuring a low-slung body, sleek lines, and iconic red accents. The interior is luxurious yet sporty, with carbon fiber or leather trim and aluminum accents throughout.

The Ferrari Scuderia Spider 16M is a limited-edition car that was made to celebrate the 16th anniversary of Ferrari’s Formula 1 team. This is an incredibly rare car that has become a collector’s item and is highly sought after by car enthusiasts. It is the perfect blend of luxury, performance, and exclusivity that will always make it stand out.

The Ferrari Daytona SP3JC is one of the latest and most powerful Ferraris ever made. It has a 6.3-liter V12 engine with 812 horsepower, allowing it to go from 0-60 mph in 2.8 seconds and reach a top speed of 211 mph.

The Ferrari Daytona SP3JC is an incredibly powerful car that is sure to turn heads wherever it goes. It is a true testament to the Italian brand’s commitment to performance and will always be remembered as one of the best-sounding Ferraris ever made.

Ferrari SP3JC Is Unveiled As A Stunning One-Off Supercar

The Ferrari Monza SP2 is a limited-edition, track-only supercar that was released in 2018. It has a naturally aspirated 6.5-liter V12 engine with 809 horsepower, allowing it to go from 0-60 mph in 2.9 seconds and reach a top speed of 186 mph.

The Ferrari Monza SP2 is an incredibly exclusive car that was made for the track. It is a true masterpiece of engineering and design that will remain a classic for many years to come. With its incredible performance and unmistakable styling, it is sure to turn heads wherever it goes.

Ferrari is the most iconic and well-known luxury car brand in the world, and it has produced many legendary cars over the years. From classic race cars to modern hypercars, Ferrari has always been at the forefront of automotive design and engineering. Whether you’re looking for a classic or modern Ferrari, there is sure to be something that will satisfy even the most discerning of car enthusiasts.

With Ferrari cars, you’re getting some of the best performance and most luxurious designs in the world. Ferrari cars are a symbol of power, speed, and style that will make you stand out from the crowd. From the classic Daytona to the latest Monza SP2, it’s easy to see why the best Ferrari to buy remains an opinion held by many.