Home Business The Chauffeur, the Leaked Tape and a Half-Billion Loss on Solar 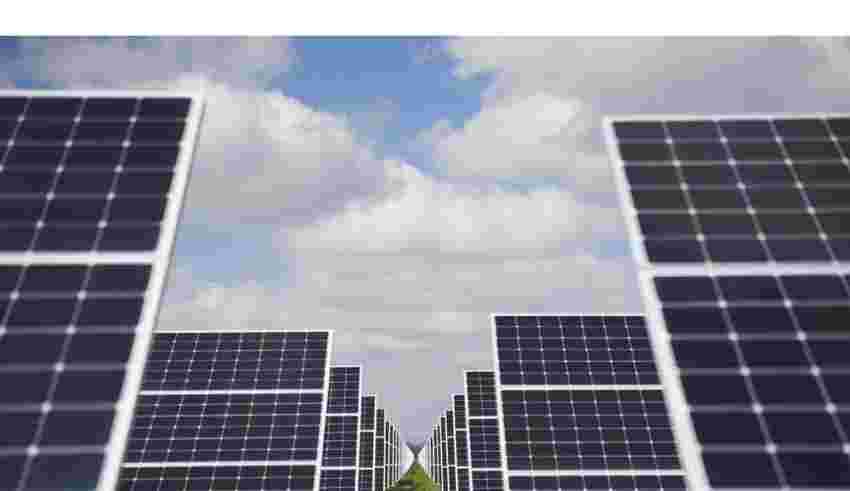 When a hard-pressed local authority in southern England was looking to boost its finances, it turned to a novel idea: leveraged bets worth hundreds of millions of pounds on solar energy.

For Thurrock Council in the county of Essex, it sounded like a surefire winner. Instead, the gamble backfired spectacularly.

Last month, the council disclosed a £470 million ($572 million) loss for the current fiscal year after its various investments went wrong — about £2,670 for every one of the area’s 176,000 residents, who now face higher taxes while the local authority seeks a bailout from the national government.

The debacle highlights concerns about how some local authorities across the UK have invested taxpayers’ money in high-risk initiatives. It has also put a spotlight on the entrepreneur who owned the solar farms, Liam Kavanagh.

Following reports by the Bureau of Investigative Journalism about his business relationship with Thurrock, Kavanagh said in June 2020 that he was “never going to raise a pound from a local authority again,” according to recent court filings from a case in which the financier is suing his former chauffeur.

Kavanagh’s companies, which operated solar farms across the UK, had received hundreds of millions of pounds’ worth of investment from Thurrock Council, which oversees a region along the River Thames east of London.

Two years on, Thurrock is stuck with a huge annual deficit and has been stripped of its financial powers. The former leader of the council has resigned.

Mark Coxshall, current leader of Thurrock Council, described its losses as “shocking” but added: “The first stage to creating a good plan for recovery is to understand the full extent of the problem.”

When the Sun Shines

The arrangement was not without precedent. UK councils have been known to borrow money to invest in new projects, in an attempt to top up income squeezed in the years following the financial crisis. Now they face another squeeze, as Prime Minister Rishi Sunak cuts spending in an attempt to correct the calamitous seven-week reign of his predecessor Liz Truss.

Other investments have gone wrong. Last year, Slough Council, in Berkshire, was taken over by ministers after blowing a £100 million hole in its budget following a string of commercial acquisitions. In Spelthorne, in Surrey, the council used hundreds of millions from the Public Work Loans Board to buy commercial property — at one point borrowing £1.1 billion.

These councils were spurred on by the 2010-15 coalition government, which wanted local authorities to behave in a more businesslike way. In 2016, when Thurrock made its first solar farm investment, the local authority said it was a “pro revenue generating council,” and would “continue to look for similar opportunities.”

“People in Thurrock can rest assured that not only are we looking after their money, but we are also doing our bit to help protect the environment by reducing the amount of carbon produced by burning fossil fuels,” Shane Webb, a Tory councilor, said in 2016.

To go big on renewable energy, Thurrock borrowed £1 billion at low interest rates from more than 100 other local entities including the Greater London Authority, Cornwall and Leicester councils.

At one point its debts reached £1.4 billion, equivalent to almost 10 times its spending on local services.

The investments prompted John Kent, leader of the opposition Labour Party at the council, to write to the national government demanding an investigation.

“I, and other councilors, have been raising concerns about the council’s borrowing and investments strategy for over two years,” Kent wrote in July this year. “Throughout, we have been ignored, falsely reassured, fobbed off and misled.”

Some details emerged in a High Court judgment, published in April last year, concerning a dispute between one of Kavanagh’s companies, Toucan Energy Holdings Ltd., and another firm, Wirsol Energy Ltd., surrounding the construction and sale of 19 solar parks.

Toucan claimed approximately £30 million in damages as a result of alleged defects in the parks. Ultimately, the judge dismissed most of the claims.

While Thurrock was not a party to the case, its dealings with Rockfire Capital and Kavanagh were mentioned in the proceedings. The court heard that Rockfire Capital had approached Thurrock in 2018 with an opportunity to invest £145 million in bonds linked to the parks — on top of hundreds of millions it had already invested in the solar farms.

Kavanagh was a witness in the case, and not a party. During the case it emerged that a £5 million commission charged by Rockfire Capital to Thurrock was not included in a prospectus sent to the council. Kavanagh told the court that he saw no reason to include details of the fee in the document because all his business partners knew that Rockfire Capital “always charges a commission.”

The judgment also quoted Daniel Kirk, who worked at Toucan Energy, saying in a message to a colleague that he was “not working for someone who just treats us like a cashpoint for his own equity when [the] taxpayers and signed contracts [sit] above his equity.”

During the case he told the court that these comments were “more of a personal failing on my side at this point to properly manage and communicate with Mr. Kavanagh.” Kirk declined to comment when contacted by Bloomberg News for this article.

In another message quoted in the case, Kirk said that Kavanagh “was taking” two payments — claimed to be £350,000 and £650,000 — and complained: “those are designed to cover our costs not his cars.” The judge in the case, Justice Andrew Henshaw, concluded: “Mr. Kirk’s contemporaneous view that Mr. Kavanagh was extracting money from the business for his own benefit is plain.”

Kavanagh himself has taken to the courts to protect his reputation, bringing a case against his former chauffeur, Tony Tremlin, who is alleged to have given a copy of dash-cam footage to a journalist at the Bureau of Investigative Journalism.

The court filings refer to footage in which Kavanagh allegedly complains about BIJ articles about him. Kavanagh says the dash cam was for vehicle safety, “not for obtaining and retaining surreptitious recordings” of his conversations.

The financier was captured on tape discussing how he planned to wind up one of his businesses: “You take risks, you get in and get out.” Bloomberg has seen a partial transcript of this recording in publicly available court filings.

The quotations attributed to Kavanagh in the filings include him saying that he needed to “protect everybody’s interests and the money” and “get rid” of Rockfire Capital in the wake of a BIJ story.

“I’m not bothered now,” he is alleged to have said. “I’m never going to raise a pound from a local authority again.”

Tremlin said in his defense filings that disclosing the footage was in the public interest. He accused Kavanagh of putting businesses — owing £655 million of public money — into liquidation, without Thurrock’s consent.

Kavanagh claims the information given to journalists was confidential, and that he “does not court publicity.” The case is ongoing, with Tremlin filing his defense in recent weeks.

Responding to Toucan Energy Holdings 1 Ltd. going into administration last month, Kavanagh said in an emailed statement: “I cannot comment on the decision to put the company into administration having had no role in that decision or indeed the management of the Toucan business. I installed a new management team in June 2022 and, as far as I am aware, the underlying business has traded strongly.”

In the statement, Kavanagh added “I am confident that this is a business with a positive future, particularly given the recent and current growth in the green energy market.”

Tremlin did not respond to a request for comment.

Thurrock’s financial health has continued to crumble. In September, ministers stripped it of some powers and put Essex county council in charge of its finances. Thurrock was told to refinance its low-interest loans to pay back neighboring councils, and has borrowed money from the UK’s Public Loans Works Board at an interest rate of between 4% and 5%.

Rob Gledhill, former leader of the council, resigned. At the time, Gledhill said he welcomed support from the government but that the “political buck stops with him.” He declined to comment for this article. Sean Clark, a former corporate director of finance at Thurrock who was involved in investment decisions, was suspended from his role in September, the BBC reported. Clark did not respond to a request for comment.

On Nov. 10, Toucan Energy Holdings 1, the holding company owned by Kavanagh, went into administration. Interpath Advisory, a restructuring firm, was appointed to hunt for a buyer for the farms. Coxshall, Thurrock Council’s current leader, said in a statement that the move would “maximize recovery” for taxpayers.

Last month, the full scale of the potential losses to the taxpayer were laid bare. Thurrock revealed a £470 million deficit for the current financial year, and wrote off four investments at a cost of £275 million. It said it has made a further provision of £129 million made to cover other losses.

Thurrock has appealed to the national government for an emergency financial bailout, and has warned of further cuts and a likely sale of buildings, land and other assets — along with tax increases for local residents.