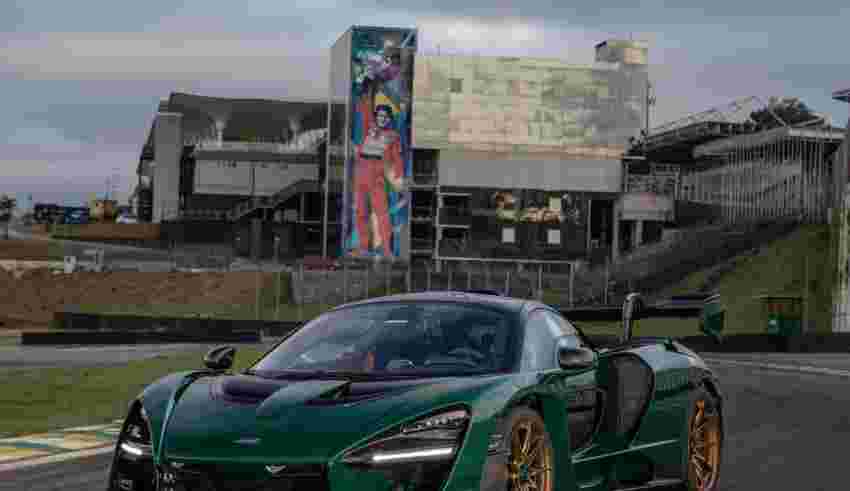 The Senna achieves a great feat in its namesake’s home country.

More commonly known as the Interlagos track, the Autódromo José Carlos Pace is one of the most famous and challenging racing circuits in Brazil, and McLaren’s Senna has set the record as the fastest street-legal production car around the track. The record was set by Ricardo Mauricio, who was able to take on the near 2.7-mile course in just 1:37.856 during a UK Motors Academy Porto Seguros event, which was organized by McLaren’s Brazilian importer.

MUST READ: The GearBox: McLaren Materials

The car’s eponymous late and legendary F1 driver, Ayrton Senna, is Brazilian, so the achievement attains additional meaning and gravity as it was made in the home country of the man that it was named after, inspired by, and dedicated to. With just 500 units produced of the original McLaren Senna, the car is one of the most track-focused and uncompromising performance from McLaren, with its 4.0-liter twin-turbocharged V8 capable of 789 horsepower and 590 lb/ft of torque. It gets from a standstill to 60 mph in just 2.7 seconds and climbs to a top speed of 208 mph. That power, as well as its lightweight design and advanced active aerodynamics, helped it take on the track with incredible speed in original condition to break the lap record for street-legal production cars on the track. In addition, the Senna also took on the incredibly-famous WeatherTech Raceway Laguna Seca in just 1:27.62.