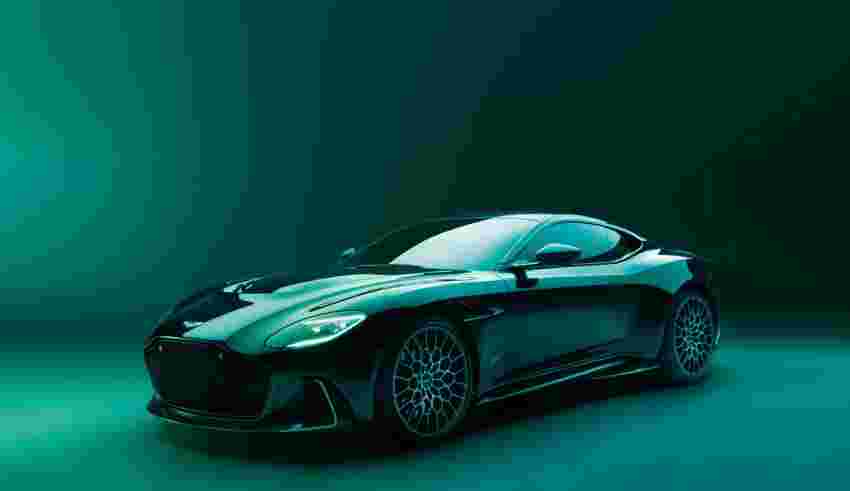 The finale of the Aston Martin DBS is certainly grand.

The automotive industry and car enthusiasts across the globe have joined together to say a sad farewell to the V12, which for much of the history of the automobile itself, has been responsible for some of the world’s greatest luxury and performance cars, and is being replaced by electrified powertrains with significantly reduced environmental impact. There’s no way to make this kind of goodbye easy, but in an effort to soften the blow, manufacturers around the world have let their V12-powered models make quite the scene with their exits, and Aston Martin is the latest to do so. Its final V12-powered DBS, the flagship grand touring coupe known for its debonair style and brutal performance, is the DBS 770 Ultimate, a bellowing climax to Aston Martin’s symphony of elegant performance machines.

MUST READ: A New Aston Martin Model Is Coming To Celebrate The Brand’s 110th Anniversary

The “Ultimate” part of the name indicates its status as the last and greatest, and that greatness can be proved by the meaning of the “770”: which is the car’s metric horsepower figure (759 standard horsepower). That makes it Aston Martin’s most powerful production car yet, and 664 lb/ft of torque doesn’t hurt, either. Having brought the 5.2-liter twin-turbocharged V12 engine to these incredible performance figures, Aston Martin was able to make the top speed of the new DBS 770 Ultimate a soaring 211 mph, also making it the fastest DBS yet. Unique styling and commemorative touches make it known that the DBS 770 Ultimate is special and irreplicable. However, the car is limited to just 499 examples, and all of them have been reserved. Unless you have a reservation, you’ll have to resort to witnessing other examples of the stunning car in action, in which case the good news is that production will start this quarter, with deliveries set to commence in Q3 2023. The DBS might be leaving, but it does so with much-deserved fanfare.