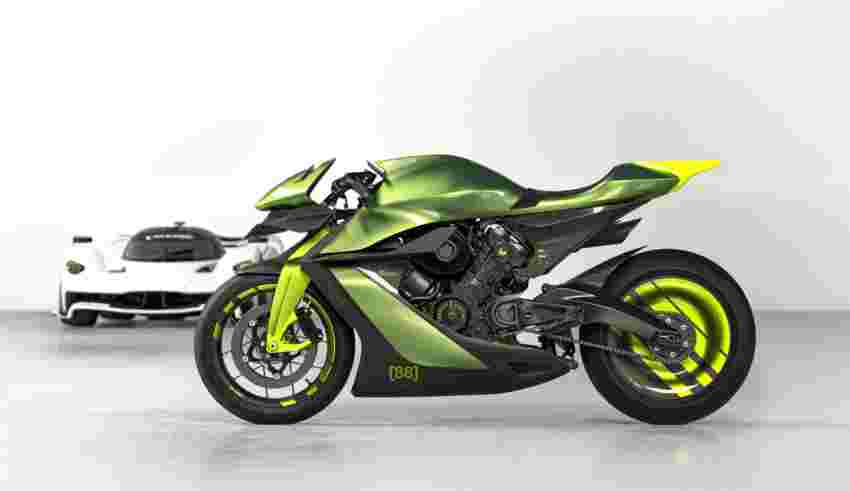 Strictly limited to a maximum production series of 88 motorcycles, the new AMB 001 Pro follows on from the success of the first-ever Aston Martin motorcycle, the AMB 001.

Forever recognizing itself as a performance-focused supercar brand, Aston Martin continues to branch out with special collaborations that introduce the UK-based manufacturer to new industries. Alongside partnerships with world-class distilleries and helicopter companies, the team prides itself on focusing efforts to deliver the same luxury Aston Martin experience on two wheels. After having recent success with the launch of its first-ever AMB 001 motorcycle, Aston Martin is back with Brough Superior to reveal the all-new AMB 011 Pro track superbike.

MUST-READ: This Rare 2023 Aston Martin V12 Vantage For Sale Is A Future Classic

As a track-only superbike built with competition in mind, Aston Martin focused on increasing performance and stability by 25% over the AMB 001 predecessor. The power increase comes courtesy of a new CNC-machine dual-cylinder 997cc engine, which produces over 225 horsepower. The addition of a new power plant and extra aerodynamic components presents a power-to-weight ratio of 1.28 hp/kg, similar to that of a Formula One® racecar.

The initial Aston Martin AMB 001 Pro orders have already been taken for the strictly limited 88-chassis, which are to be hand-built at the Brough Superior factory in Toulouse, France. For those lucky enough to secure an allocation, the first deliveries are expected to tack place at the end of 2023. View all current Aston Martin models for sale on duPont REGISTRY by clicking on the link below.