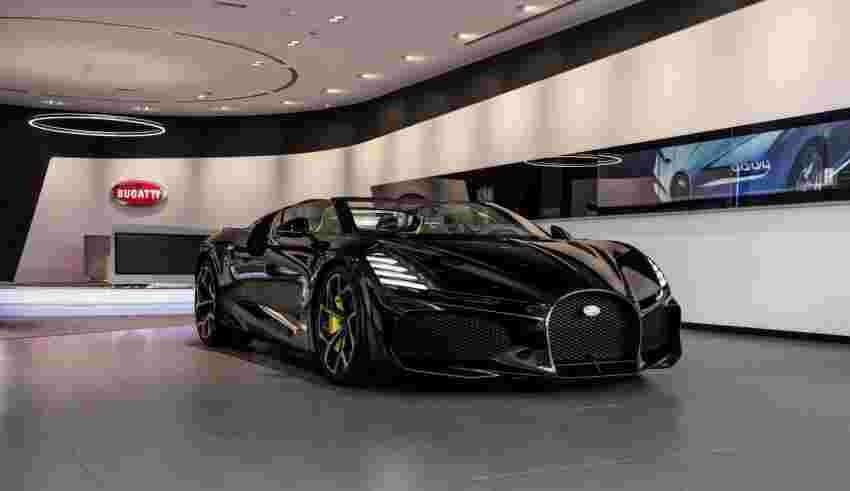 The new Bugatti W16 Mistral introduces itself in one of the places where it can be appreciated most.

This past August, the new Bugatti W16 Mistral was revealed to the entire world at The Quail, a Motorsports Gathering, as the final swan song of Bugatti’s incredibly legendary W16 engine that will be talked about for generations to come as one of the 21st century’s greatest engineering marvels. It also introduced itself in Europe at the Chantilly Arts & Elegance event, and now the incredible hypercar comes to the Middle East at a launch event at Dubai’s Waldorf Astoria hotel.

MUST READ: Why The New W16 Mistral Is One Of The Greatest Bugattis Ever Made

The region is important to the Bugatti brand, with Dubai’s Al Habtoor Motors selling Bugatti cars since 2006, and earning the distinction of Bugatti Service Partner of Excellence in 2013. Despite being a small country geographically, the United Arab Emirates accounts for the world’s largest fleet of Bugatti Veyron cars, with over 50 examples there. In addition, the Arabian Peninsula is responsible for roughly a quarter of all Bugatti Chiron orders. The reception of the W16 Mistral in the country, as expected, was immense. The car promises to be Bugatti’s fastest-ever roadster, and in order to live up to that honor, it was engineered carefully with thermodynamics and aerodynamics at the top of the engineers’ and designers’ minds. The stunning hypercar is limited to 99 examples, all of which have already been claimed for a price above $5 million. Deliveries of the already-legendary W16 Mistral are set to begin in 2024.