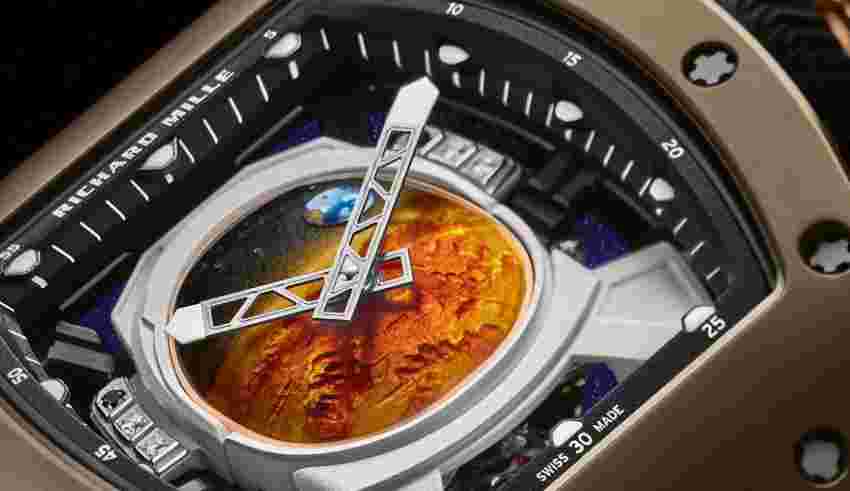 With so many options to choose from, here are our top 10 Richard Mille models.

Richard Mille is a brand that carries an immense amount of recent popularity in the watch world, with secondary market Richard Mille watch prices more than doubling some of the suggested retail prices from the factory. Alongside its dedicated watchmakers, the brand is accompanied by a lengthy list of celebrities and athletes that wear Richard Mille watches. These lucky brand ambassadors lead the way in their areas of expertise with specialty Richard Mille examples on the wrist. Throughout its 22-years of watchmaking, Richard Mille models continue to grow in relevance as collectors still search for coveted models. In this special, we compile a list of the most popular Richard Mille watches ever created. While most RM watches are unobtainable because of extremely limited production, there are pre-owned pieces that are available through the dealers that specialize in how to buy a Richard Mille watch. Shop and discover all of the best Richard Mille watches featured in this special by clicking the links below.

The RM UP-01 Ferrari is an allusive piece to Ferrari’s values, developing sporting mechanisms that are as elegant as they are immediately recognizable. Their models make no concessions and frequently contradict current trends to create new aesthetical codes. The RM UP-01 Ferrari bears witness to this partnership of the best know-how these two iconic brands have to offer in the combination of their ideas, understanding, respective developments and shared values. Additionally, the new RM UP-01 Ferrari establishes its dominance as one of the most expensive Richard Mille watches ever made.

Despite the extraordinary anatomy of the case, Salvador Arbona, Richard Mille’s Movement Technical Director, created a horological ‘engine’ that seamlessly occupies all the available space and introduces a level of mechanical sophistication that makes the RM 40-01 an appropriately extraordinary companion to the Speedtail. McLaren’s relentless pursuit of aerodynamic efficiency provided the starting point for the design of the RM 40-01 Automatic Tourbillon McLaren Speedtail.

The RM 055 Bubba Watson is inspired by the RM 038 Bubba Watson tourbillon watch presented in 2011. Its mechanical movement, crafted in grade 5 titanium displays extreme skeletonisation. The RM 055 is a highly technical creation that is innovative, sporty and hand-finished in the finest watchmaking tradition.

The RM 69 offers its wearers the pure pleasure of the new Richard Mille “Oracle” complication, a mechanism that sets off the rotation of three grade 5 titanium engraved rollers like Tibetan prayer wheels, displaying a random phrase. This tripartite tonneau-shaped case is fully curved, which enables the watch to be ergonomic and comfortable, but is time consuming to produce and requires a high level of quality control.

The RM 052 Skull presented in 2012 is a visualisation of these precepts. This new caliber represents the fullest expression of liberty and nonconformity and as such, very much typifies the philosophy of the brand. Extreme technique, high performance, the highest level of aesthetic and hand-finishing: the Richard Mille Skull watch is true Haute Horlogerie.

Developing the Nadal line, always an attractive prospect, means ambitiously pursuing continued technical improvements, while keeping the watch’s aesthetics up to date through advantageous use of new materials—like the Carbon TPT® line—and new colors. Inspired by the RM 35-01, the RM 35-02 emerged in response to a request from many Richard Mille customers for a self-winding mechanism at the heart of a Nadal calibre.

The RM 61-01 Yohan Blake takes all of its cues from the RM 59-01 tourbillon designed for the Olympic medallist and 2nd fastest man over 100m and 200m. It incorporates the calibre RMUL2, whose highly skeletonised grade 5 titanium movement is treated with PVD and Titalyt® to provide maximum performance.

The idea of creating a mechanical watch with a dedicated dial for tracking half-time, extra time and overtime might seem an obvious one, however, the ingenious display, combined with the availability of a flyback chronograph, gives Roberto complete mastery of time on the playing field. While conceding nothing of the ingenuity that characterised the RM 11-01, the RM 11-04 incorporates the brand’s latest style codes, as seen in the new lines of the crown, its variable-geometry rotor and its ultra-sporty case in Carbon TPT® with raised crenulations.

Starting with the RM 67-01, whose lightness, thinness and ergonomics made it a perfect candidate, we reworked its lines to highlight its hidden athletic qualities. The definition of the bezels and case with four extensions, in addition to being a hallmark of the brand’s sports watches, contributes to the reinforcement the case structure. The RM 67-02 weighs a mere of 32 grams, thanks to the combination of TPT® composite materials, grade 5 titanium and the elastic wristband, the lightest strap ever created by the brand.

Conjuring the visions, fantasies, and other imaginary projections of the brand’s partners is a familiar quest for Richard Mille, one that begins all over with every new adventure. A truly artistic project, the development of the RM 52-05 is special for the way it hinges on interpreting an idea, a symbol and a desire. This last has taken the form of a tourbillon whose originality lies in its astonishingly multidisciplinary techniques.