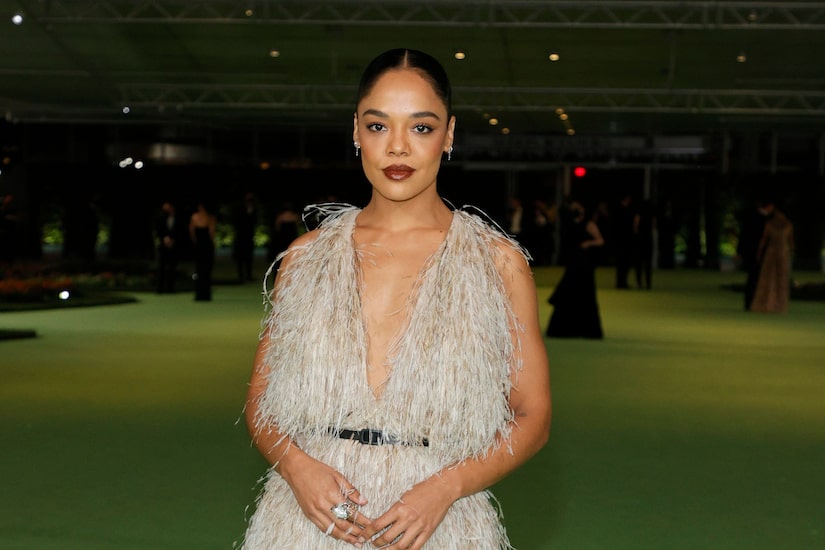 Tessa Thompson is back as Valkyrie in “Thor: Love and Thunder,” and she’s sharing her take on a possible spin-off with her character.

It doesn’t mean she’s not open to the idea, though! She shared, “I love playing the character, so any chance I get to play her in any form, I’m happy to.”

Thompson had a “blast” shooting “Thor: Love and Thunder.” She added, “We were so excited just to get the gang back together, as it were… Also to welcome Natalie [Portman] back.”

Tessa and Natalie also got into shape together while shooting the movie. She shared, “We did work out together sometimes. There was a gym that they built for us on set.”

Tessa stressed, “It’s, like, really a gift to have a part of the challenge of the job to get in the best shape that you can get.”

Tessa also gave some tips to Natalie too! She commented, “I remember one day, because we, Natalie and I, were lucky enough to have someone prepare food for us when we were on set… One day, she was like, ‘Why do we have asparagus breakfast, lunch, dinner?’ and I was like, ‘Oh, that’s my fault. Because it’s a natural diuretic, so it’s just good to help you shed water weight.’”

Thanks to making these Marvel movies, Tessa learned that she is a “quite physical” person. She went on, “It was something that was inside me, so to get to explore that and, and really approach this athletically, like, for me, getting into the mindset of Valkyrie is so much about the physicality first, which is not typically the way that I work.”

Though she had to hit the gym hard for her role, she actually doesn’t “really love” exercising.

While she doesn’t take working out too seriously in real life, she beat her castmates during an ice bath challenge. She dished, “I was like, ‘Okay, do one minute, one day, two minutes, the next day, can I get to three? Finally, can I get to four?’ But I didn’t realize that I beat everybody.”

Thompson also explained why it meant so much for her to have strong female superheroes in movies. She remarked, “I think young boys should be able to look at Natalie and say like, ‘She’s so cool, she’s so strong.’ We should be able to relate to characters, not just because of their gender expression, but because of who they are essentially as people. And that feels exciting to me.”

As for working with director Taika Waititi, Thompson gushed, “Taika is like family to me… He has an incredible way of making set feel so free and fun and surprising.”

“Thor: Love and Thunder” is in theaters July 8.