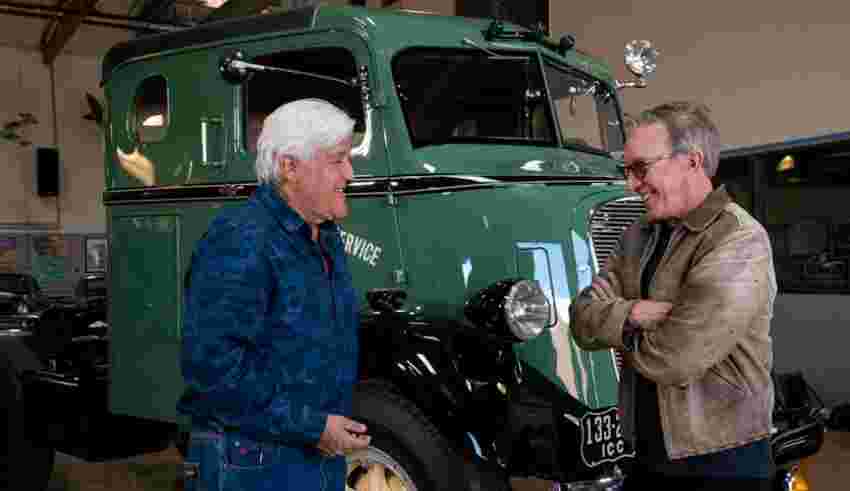 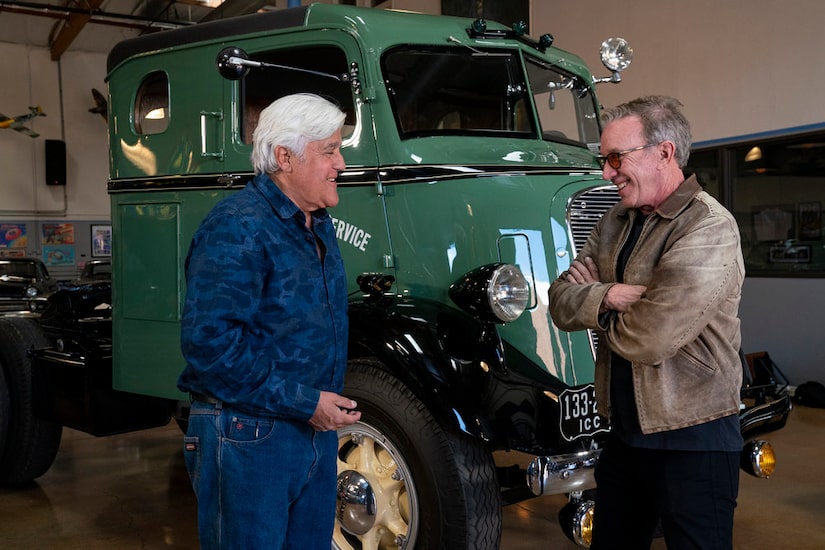 Earlier this week, Jay Leno suffered burns to his face after one of his classic cars went up in flames.

On Thursday, Leno was visited by his friend Tim Allen at the Grossman Burn Center in West Hills, California.

In a video obtained by TMZ, Allen gave an update to photogs, saying, “Jay is good… He’s wonderful, because he’s feeling better.”

Tim brought some car magazines to Jay, adding, “We did some jokes because this is what we do.”

Before getting into his car, Allen emphasized, “He’s handsome, he’s happy, and the hospital is doing a great job taking care of him.”

Days ago, Dr. Peter Grossman, medical director at the Grossman Burn Center, spoke with the press about Jay after the fiery incident.

“He’s walking around and cracking jokes,” Grossman said. “He’s incredibly kind to our nursing staff. He’s very appreciative of everybody here and really an ideal patient.” 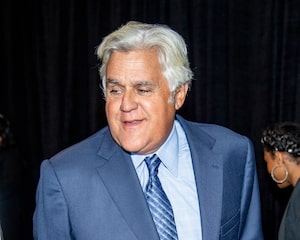 Grossman went on to talk about the accident, as well as Jay’s treatment.

The doctor said, “He was involved in an accident on Saturday… He was working on a car, he was underneath a car when the fire began. He got pulled out from the area underneath the car and it noted that the had pretty significant burns to his face and hands.”

He went on, “His burns include his face, his hands, and his chest. The burns are fairly significant, and they are a concern of which we have to take care of and make sure he heals appropriately.”

The doctor called the burns “a mixture of deep second degree burns and possibly some third-degree burns.” He noted, “Burns progress… some of the burns on the face are a little bit deeper and a little more concerning.”

Explaining the healing process, he said they are using hyperbaric oxygen treatment and surgery. “Mr. Leno underwent a surgical excision and grafting procedure to his face, his chest and his hands. His burns were in the mid-partial to deep-partial thickness… in order to expedite healing you want to remove unhealthy tissue… and then a biological skin substitute was placed over the wound… to create a wound healing environment.”

Grossman insisted, “I do anticipate him making a full recovery whether there will be remnants of this injury it is way too early to tell.”

After news broke about his injuries, Leno told “Extra” on Monday, “I got some serious burns from a gasoline fire. I am ok. Just need a week or two to get back on my feet.”