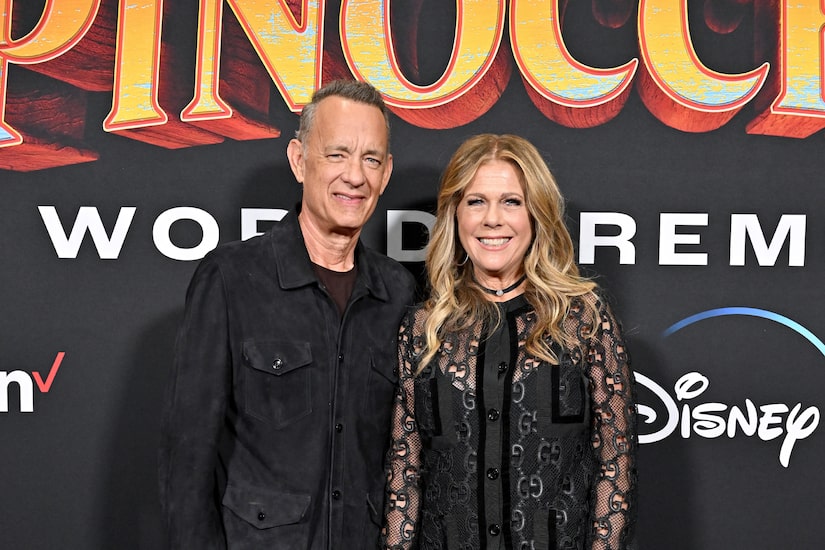 It was a night on the town Tom Hanks and Rita Wilson at the “Pinocchio” premiere in L.A.!

“Extra’s” Katie Krause caught up with the couple, who broke news about working together again.

When Katie called it a “bit of a date night” for the pair, Tom said he was ready to grab burgers afterward.

“We’re debating between Tommy’s on Rampart or In and Out Burger,” he said.

The A-listers have been married for more than 30 years and worked on nine movies together, in fact they just wrapped another one!

Tom shared, “We just finished a movie, ‘A Man Called Otto.’ It’ll be out at Christmastime. She is the producer and I’m her employee.”

The couple’s 35th wedding anniversary is coming up next year, and Katie asked if there is a secret to their marriage.

Tom teased, “Take a half hour out of each day and watch ‘Extra,’ whatever time that is.”

Hanks went on to talk about his role as Geppetto in the live action “Pinocchio” movie about a childless wood carver who builds a puppet who comes to life.

Hanks said of taking on the role, “There’s not a lot of movies I’d want to touch from 1941 where you would say let’s throw all of today’s modern technology behind it… I just say this as an opportunity to go back and revisit a very rich time.”

Cynthia Erivo got the opportunity to sing that classic song, “When You Wish Upon a Star,” and Katie asked Rita, also a singer, would ever want to perform a rendition of it.

Wilson said, “Oh what a beautiful thing! I should. I love that song, so you’re giving me a really good idea, especially since I have an album coming out September 27th.”

Tom teased, “What, what? What is the name of the album?” before sharing, “It’s called ‘Rita Wilson Duets Now and Forever.’”

Krause asked if Tom and Rita duet, but Hanks joked, “We don’t want to scare the children.”

“Pinocchio” is streaming now on Disney+.