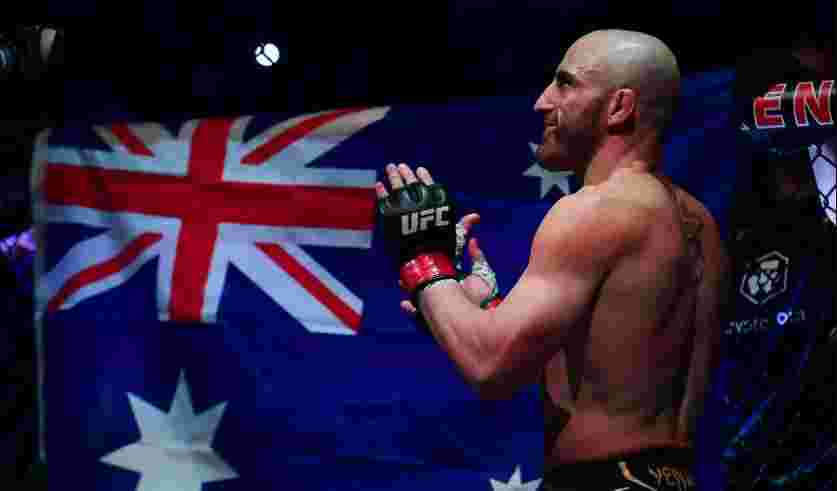 The UFC saw some amazing performances in 2022. There were classic fights, backstage brawls along with a few major upsets. In the world of combat sports, there are always debates about who are the best pound-for-pound fighters in the game. Here at World in Sport, we’ve decided to tackle the issue on our own, not taking into consideration the pound-for-pound ranking of any other outlet. Conversations like these always spark intense debate; that’s the fun aspect in all of this. While there will be disagreements over who the best fighters are and what order they should be placed in, all of the participants deserve respect for risking it all each and every time they step into the octagon. With that being said, here are the top ten UFC performers of 2022!

Heading into 2022, there were a myriad of questions surrounding reigning UFC Bantamweight Champion, Aljamain Sterling. His victory over Petr Yan via disqualification in March of 2021 left a bad taste in the mouths of many observers. Not only was the disqualification itself questionable, but it is even more unfortunate that the championship belt was lost and won in such an anticlimactic fashion.

Sterling bounced back nicely in 2022; his status as a champion is no longer questionable and he looks poised to make several successful title defenses. He defeated Yan in a rematch in April. That victory erased doubts of naysayers who claimed Sterling’s only path to victory was with the assistance of the referees. In October, he defeated the former champion, T.J. Dillashaw via second round TKO. At 33-years-old, Sterling appears to be in great shape and will be a force to be reckoned with in 2023.

Heavyweight Champion Francis Ngannou’s placement on this list might be the most controversial of all. That is due to the fact that he only fought once in 2022. His lone title defense came against the highly respected Ciryl Gane, who many pundits predicted would emerge victorious in their bout. Ngannou is known as a vicious striker whose grappling skills need improvement. However, against Gane, Ngannou used powerful body slams and great ground control to defeat his former sparring partner. Although the champion has had a long layoff due to injury, there is no denying that he is formidable when healthy and focused.

Although Israel Adesanya lost his UFC Middleweight Championship this year, he still put on three great performances for the fans to remember. He was dominant in his two successful title defenses against Robert Whittaker and Jared Cannonier. He was on the verge of defeating his rival, Alex Pereira, in round five of their championship bout at UFC 281 when Pereira unleashed a vicious striking combo that knocked him out and ended the fight. Regardless, many still believe that The Last Stylebender is the best all around performer in the middleweight division. It will be interesting to see what 2023 has in store for him.

In just his fourth fight in the organization, Alex Pereira became the UFC’s middleweight champion. Although many argued that he was given a title shot too soon, his reputation from his days as a member of Glory Kickboxing proceeded him. Furthermore, his prior success against Israel Adesanya meant that the mixed martial arts community wanted these to men to square off again. Pereira was on the verge of losing a unanimous decision when he unleashed a nasty combination of punches that knocked Adesanya out in the fifth and final round. Pereira may be relatively new to mixed martial arts, but his sheer power could lead him to a dominant reign as the UFC’s Middleweight Champion.

Brandon Moreno’s unanimous decision loss to Deiveson Figueiredo at UFC 270 was a controversial one. Although none of the judges gave Moreno the victory, many who witnessed the fight thought he’d done enough to retain his UFC Flyweight Championship. However, Moreno was gracious in defeat and he responded the way a true warrior should; he looked impressive in his next outing, beating Kai Kara France in a third round TKO at UFC 277. That performance earned him a fourth fight against Figueiredo, which will take place at UFC 283 next month. Win, lose or draw, no one can question Brandon Moreno’s toughness and his dedication to the sport.

Deiveson Figueiredo has not been seen inside the octagon since his controversial victory over Brandon Moreno at UFC 270. His next fight is slated to be a fourth matchup in the bitter rivalry between the two men at UFC 283. This will be the first time in the history of the UFC that two opponents have met in the octagon more than three times. Regardless of the outcome, Figueiredo vs. Moreno has become a truly special rivalry; it’s the kind of showdown that fans will never forget and could land both men in the organization’s Hall of Fame some day.

When Charles Oliveira missed weight prior to UFC 274, and was subsequently stripped of the lightweight championship, shockwaves reverberated throughout the mixed martial arts community. However, Oliveira kept his head held high and went on to defeat Justin Gaethje by first round submission that weekend. In his next outing, at UFC 280 in October, the vacant lightweight belt was up for grabs but he would not emerge victorious. Although he suffered defeat at the hands of Islam Makhachev that night, there are still very few lightweights in the world who have a legitimate shot at beating Oliveira inside the octagon. He may not be the champion anymore, but he is still one of the best mixed martial artists in the world.

Prior to UFC 282, Jiří Procházka did something admirable that many fighters would refuse to do; he vacated his light heavyweight championship belt due to injury. Technically he could have held onto the belt and forced the organization to stage a bout for the interim championship of the weight class. Instead, Procházka allowed the organization to move on and execute a fight for the undisputed title. Although the result was a draw, that is in no way the fault of Procházka. The last time fans saw him in the octagon, he emerged victorious against Glover Teixeira to become the new light heavyweight champion. There is no reason to doubt that he will be right back in the thick of things in 2023.

For the past two years, there have been a chorus of fans screaming that Islam Makhachev is the best fighter in the UFC’s lightweight division. However, the weight class happens to be the most talented and competitive in the entire sport; Makhachev was forced to wait his turn to get a shot at the title. In October, at UFC 280, he made the most of his chance when he defeated Charled Oliveira for the vacant lightweight championship belt. As the newly crowned King of the division, the 31-year-old Makhachev looks poised to make a statement in the form of several impressive title defenses in 2023.

Reigning UFC Featherweight Champion, Alexander Volkanovski, has looked invincible as of late. He had two successful title defenses in 2022 at UFC 273 and UFC 276. Although, Max Holloway was able to take him the distance in July, the outcome and the decision were never truly in doubt; the last man to give Volkanovski a run for his money was Brian Ortega at UFC 266 in September of 2021. Although there is no official word on who his next opponent will be or when he will fight, there are rumors that Volkanovski has his sights set on competing for a title in a second weight class. As impressive as he has been lately, it is not unrealistic to believe he can accomplish anything he puts his mind to.

2022 was a great year for the UFC. The men and women who compete in the organization, continued to turn in memorable performances and create a brand that has a global imprint on society. There are a lot of great storylines to look forward to in 2023; former champions want to reclaim their glory while young up-and-comers are hungry for newfound success. As always, World in Sport will be your go-to source for instant reactions and analysis to all of the major events and developments. 2022 was a lot of fun. 2023 will be even better. 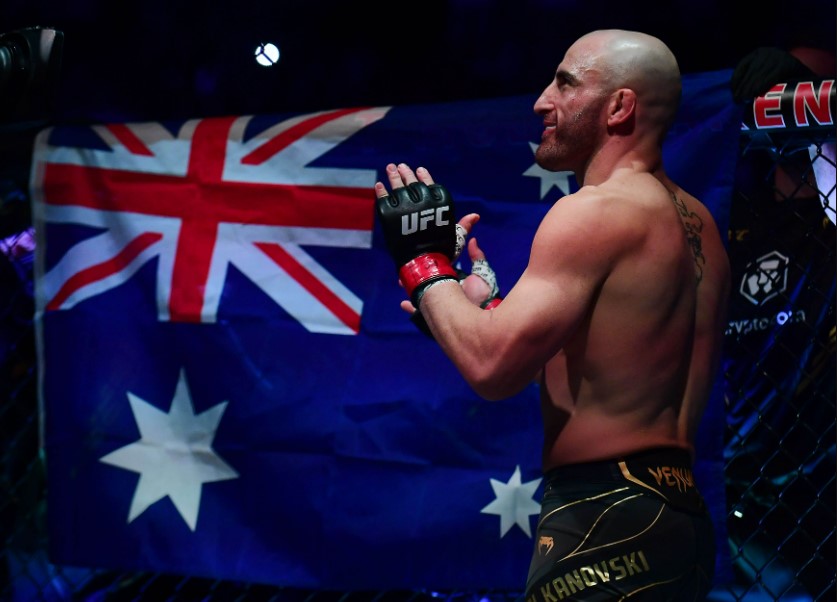