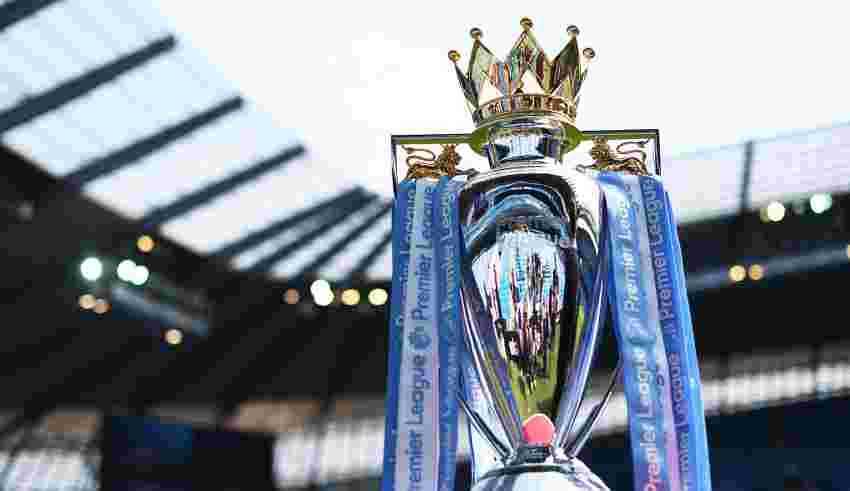 We look at some of this week’s Premier League games, including Newcastle v Chelsea, City v Brentford and Bournemouth v Everton.

City won their game in brilliant fashion last week. An early goal from Alvarez looked to set City on course for another routine home win against a difficult Fulham side until Cancelo received a red card, with Fulham equalising from the following penalty.

Despite being down to 10 men, City dominated the ball with 71% possession, and always looked like they were the most likely to win the game. Haaland, who had one ruled out by VAR during the second half, De Bruyne got awarded a spot kick, and in the 95th minute, Haaland got his goal, and sent City, momentarily, top of the league.

City also had a good win midweek. A much-rotated team beat Chelsea 2-0 in the Carabao Cup to secure their progression to the fourth round. Their first team should be up for this game before breaking up for the World Cup.

Brentford had two shots on target against Forest last week and scored twice, yet they only came away with 1 point. Their defensive frailties were uncharacteristic, they are typically solid at the back and I thought that would have been a game Forest struggled to break them down and create in.

Brentford had a poor result midweek, getting knocked out of the Carabao Cup by League Two side Gillingham, at home, on penalties. When Ivan Toney scored after just 3 minutes, many would have predicted Brentford would run away with the game, which they should have.

Gillingham managed just 19% possession, one shot, one on target, and one goal. Astonishingly Brentford made 4 times as many passes as their opponents and created 4 big chances. As unjust as their loss seems, they have to take their chances.

This should be a routine City win. Brentford won’t lie down and roll over for them, they should make it difficult. However, with Haaland most likely back in the starting lineup, City can go all out, and it is hard to look past them for an easy, convincing 3 points.

Bournemouth were on the wrong end of an absolute thriller at the weekend, and their defensive frailties were on display yet again and were the root cause of them not being able to pick up 3 points.

With half an hour left to play, Bournemouth found themselves 3-1 up at Elland Road against Leeds. Fast forward half an hour, and they have conceded three times and lost the game 4-3. They need to learn a balance between defending and attacking. They have started to score goals, which solves one of their problems, but if they cannot shut the opposition out, they will simply be outscored.

Everton were not at their best this weekend either. A 2-0 loss at home against currently relegation-threatened Leicester. After winning only 1 of their last 5, Everton are quickly sliding down the table, and a lack of goals are a clear concern for them. Lampard has them playing miles better when compared to last season, but if the results do not follow, he will not last long.

Both these sides faced each other midweek in the Carabao Cup, resulting in Everton getting thumped 4-1 at The Vitality. Whilst Everton were not fielding a strong side, missing the likes of Connor Coady, the result is simply inexcusable, and Bournemouth have every expectation of matching that result this weekend.

This game should be a lot tighter than the cup fixture, and a draw could well be on the cards here.

Liverpool were brilliant last week. They reduced Spurs to nothing and dominated from start to finish. Whilst Spurs basically gifted both goals to Liverpool, their overall build-up play and defensive cohesion were much better when compared to recent weeks.

Even though they did not manage to keep a clean sheet, it took a fantastic strike from a tight angle from Harry Kane to score past them. It was as if the Liverpool of last season were back. The World Cup break could help Liverpool. It allows them to get key men back from injury, and they could be a different force in the second half of the season. Will it be too late for them to mount a title challenge, however?

There is not much to say about Liverpool’s win against Derby in the Carabao Cup. Near no first-team players in the squad, they will just be happy to get through to the next round.

Southampton were absolutely woeful against Newcastle. From kick-off, only one team looked like winning it. The only consolation was the goal they scored, but what a goal it was! Their injuries have not helped, but they cannot use that as an excuse, they need to pull together and get some points on the board.

It clearly proved to be one loss too many for the Southampton board, sacking Hasenhuttl, and bringing in Luton’s manager, Nathan Jones. He has done a fantastic job at Luton but did not fare so well at Stoke, so it is difficult to see how he will manage at another big club. I do not see him turning up to Anfield in his first game in charge and getting anything, but it is a good time to bring him in. He will have the whole World Cup break to adapt his players to play his style, and he can plan for the January transfer window.

It will be a long first 90 minutes for Nathan Jones, I do not see anything but a Liverpool win here. Yet the same was said when they played Forest and Leeds, so could Southampton spring another surprise loss on The Reds? I doubt it.

Newcastle were outstanding last week against Southampton. It constantly looked like one-way traffic, and it was a case of when, not if, Newcastle scored. Almiron kept up his rich vein of form with another goal, scoring his 7th in as many games. He has been oozing quality in recent weeks and it has been an absolute pleasure watching him play.

That win put Newcastle in the top 3, partially thanks to Liverpool beating Spurs, and ensured that, along with City and Arsenal, they are one of the three teams to have only lost one game so far this season. With no European fixtures this year, how far can this Newcastle side go?

Newcastle drew 0-0 against Palace midweek in the Carabao cup, before going on to win on penalties. Whilst they did hand starts to some players returning from injury, such as Jonjo Shelvey and Saint-Maximin, they fielded a relatively strong side.

Nick Pope showed that he can be relied upon during the World Cup, saving 3 penalties during the shootout. His recent form has thrown up more questions as to who England’s best keeper currently is, and it will be interesting to see if Southgate plays him during the competition.

Chelsea have endured a horrible week. They lost at home against fierce London rivals Arsenal, having just one shot on target. A great start in the league under Potter’s reign has now led to two straight league defeats, and his progress has been disrupted.

To make things worse, they also got knocked out of the Carabao Cup by Man City, to make it 3 defeats in 4 games in all competitions. Chelsea now sit outside the top 6 on goal difference, with Potter’s former club, Brighton, above them.

The World Cup could be coming at a good time for Chelsea and for Potter. It will give him the time to get the team playing his style, as they need to pick up wins after the restart if they have any chance of finishing in the Champions League places.

This will be a tough game, but I expect Newcastle to win here. The form of Almiron and Pope should prove fruitful against a Chelsea side who look worse week after week.

Arsenal looked brilliant against Chelsea. These are the games they struggled in last year, against the top 6 sides, especially away from home. They showed their credentials as title contenders, keeping a clean sheet, dominating the game, and, most importantly, picking up three points against their rivals.

The big issue for Arsenal is continuing this form after the restart. Teams like Liverpool and City are used to performing consistently over the course of a whole season, whereas Arsenal have stumbled into the top 4/6 positions in previous seasons. If they can continue these performances after the restart, they may have a good chance of winning it.

Arsenal have, however, lost one chance at silverware this season. They fielded a weakened team at home against Brighton and it did not prove fruitful, going on to lose 3-1 in front of their own fans.

Wolves gave Brighton a brilliant game on Saturday, but a silly red card proved costly for them. It could have been a completely different story for them had they kept 11 men on the pitch. Wolves’ issue in previous weeks was that they could not score goals, and they showed their attacking talent against Brighton. If they continue like that, they should start to pick up points.

Wolves also advanced in the Carabao Cup, with a late 1-0 win against fellow Premier League side Leeds. An even game they just about edged. Again, like any other Premier League team, this is a good chance for them to build some form, go on a cup run, and potentially even win the cup.

There are better teams left in the competition, but with the likes of Arsenal, Spurs and Chelsea getting knocked out in the third round, a kind draw could see Wolves go far.

Arsenal should be too strong for Wolves this weekend, especially after resting their players midweek. Wolves struggle to keep goals out, and Arsenal look sensational going forward. This could be a goal-fest, but Wolves may park the bus here in hope of getting a point. 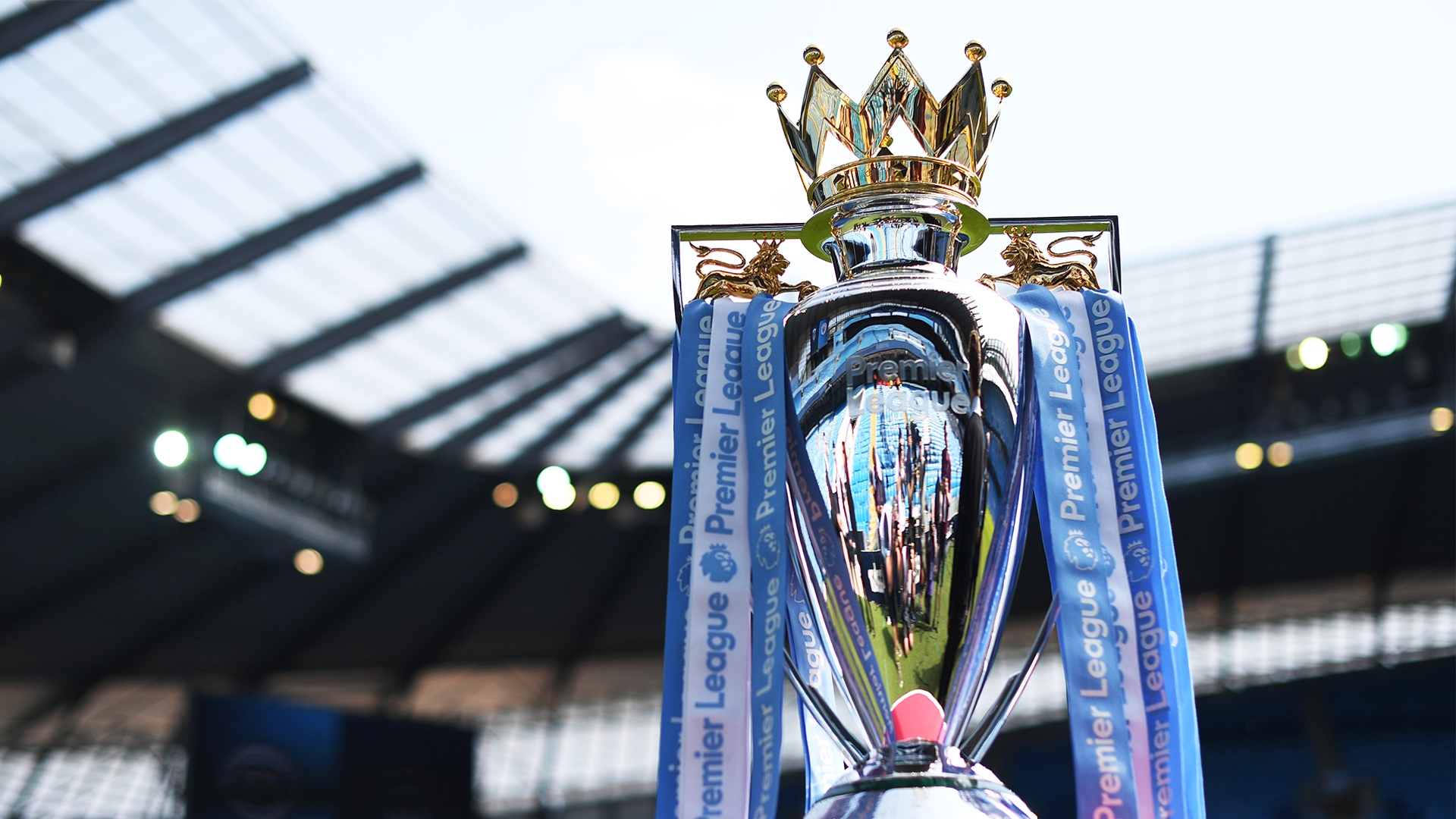