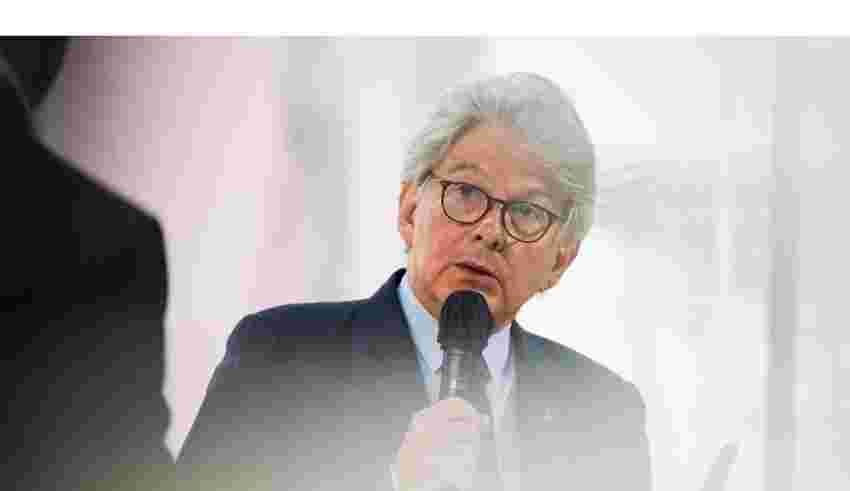 (Bloomberg) — A top European Union commissioner pulled out of a key meeting with US officials, saying the summit dedicates too little time to addressing EU leaders’ concerns about a new US climate and tax law.

Thierry Breton, the EU’s internal commissioner, won’t attend next week’s US-EU Trade and Technology Council summit at the University of Maryland because it “no longer gives sufficient space to issues of concern to many European industry ministers and businesses,” a Breton aide said in a statement seen Thursday by Bloomberg.

Major issues are “now limited to two hours of ministerial meetings” and the Inflation Reduction Act has been downgraded from an agenda item to something discussed over a 45 minute lunch, the aide said. The US legislation has become a major point of contention in European capitals, where complaints about that Washington is luring business investment from the bloc with massive subsidies.

Breton will instead travel to the US in early 2023 to discuss industry and competitiveness, digital and technology, space and cyber issues.

“Today, the real issue is the urgent need to preserve the competitiveness of Europe’s industrial base,” the statement read. “Only Europe can and must find a rapid and appropriate response to this challenge. And the commissioner is currently devoting all his energy to this.”

The EU has been trying to respond to the Inflation Reduction Act, which offers subsidies to companies that invest in green technology. EU officials have considered filing complaints with the World Trade Organization.

The climate law has also been a point of contention in talks between President Joe Biden and French President Emmanuel Macron during Macron’s state visit to the US. Biden held an elaborate state dinner for the French head of state on Thursday night, but refused to apologize for the law earlier Thursday.

“There are occasions when you write a massive piece of legislation — and that has almost $360 billion for the largest investment in climate change on all of all of history — and so there’s obviously going to be glitches in it, and need to reconcile changes in it,” Biden told reporters at a press conference with Macron.

European officials are trying to get concessions from the US to be treated similarly to Canada and Mexico. The EU and US also also formed a task force to help find a solution.

Breton has taken a more aggressive approach, promoting the idea that Europe should also invest in and subsidize green technology on the continent. The push — while gaining traction among more European countries — has already raised concerns in Brussels about a subsidy race.

“One war at a time is what we can master,” she said in Paris, adding that the EU was working constructively with the US to find solutions as soon as possible.

Breton countered at a press conference later on Thursday that “the world we live in now, we need to be able to fight on several fronts at the same time. That is our duty as politicians.”

The final text of the TTC also hit minor snags on Thursday night, as France and Germany demanded changes over an array of issues including health data transfers, quantum computing and aligning references to China with previous G7 statements, according to people familiar with the matter. While the issues are minor, they are technically complicated and could require concessions from US officials.