Home News Transgender Cult Continues To Come After Our Children – Hands Off! – The Published Reporter® 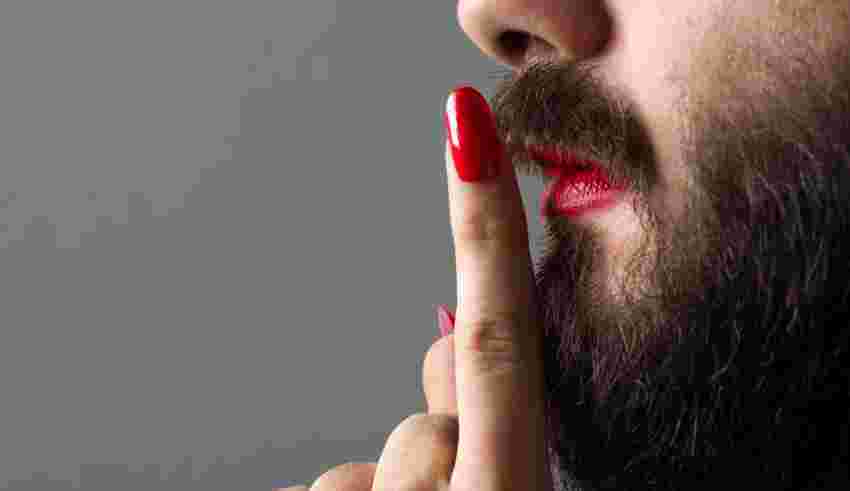 PORTSMOUTH, OH – Deviant, deceptive, and depraved – the transgender soldiers in the war against children and families are marching through schools, libraries, hospitals, homes, churches and beyond. They’ve infiltrated the entertainment industry, academic, healthcare, mainstream and social media, the military and the U.S. government.

Let’s do a deeper dive. What is behind the transgender movement? One word: totalitarianism. Keep reading to know more.

The radical LGBTQ woke warriors are organized with an aggressive military campaign to capture innocent children by using weapons of warfare: bypass parents, deny science, discredit medical and psychology childhood experts, accuse opponents of being hatemongers, transphobic, homophobic, and violent. Divide and conquer. Blame and shame. Shoot bullets of fear at those that dare to disagree. Ban alternative books. Bully opponents. Hire ANTIFA to do the dirty work.

They are recruiting children by stealing their innocence and turning them against parents.

Sadly, many in the LGBTQ community are propaganda pawns (and don’t know it) by the Deep State regime (aka liberal Democrats, radical Left wingers, RHINOS) that wants to destroy our freedom-loving society and replace it with technocratic totalitarianism (aka global governing by the Great Reset World Order) and turn us into conforming passivists. Therefore, males and females need to be merged and purged and striped of biology with puberty blocks, and genital castration and mutilation. The wealthy autocrats want to change the reality of biological sex. Why?

For example, the Biden regime replaced “sex” to mean “gender identity” in 2021. That’s how we know the devious Democrats are pushing poisonous propaganda. And Conservatives know that Barack Obama is the puppet master behind the Oval Office curtain and he answers to Klaus Schwab – founder of the World Economic Forum, the United Nations, the World Health Organization, the British Monarchy, and the elite families of generational fortunes.

“What You Need to Know About Real Agenda of ‘Transgender’ Movement,” a 2022 article in The Daily Signal, interviewed feminist Kara Dansky, author of the 2022 book “The Abolition of Sex: How the ‘Transgender’ Agenda Harms Women and Girls.”

Dansky added, “What is actually happening is that there is a massively well-funded industry that is pushing this agenda. And it manufactured the word “transgender” because, in the 1960s and ’70s, the postmodernist movement grew in academia, out of which launched so-called queer theory, which at its heart proclaimed that there is no such thing as biological sex.”

Folks, there are two sexes: male and female. Let’s wear that on a tee-shirt. And we need to refuse to use pathetic LBGTQ pronouns in both personal and professional realms. Stand up to the bullies of the dangerous trans cult.

“Every single person on the face of the planet, all 8 billion of us, are either female or male and that’s it,” Dansky proclaims.

“What’s Behind the Transgender Movement, and Where Is It Going?” is a 2018 article on the Center for Military Readiness website. You can find a plethora of links to other articles.

“When Harry Became Sally,” a 2018 book by Heritage Foundation senior research fellow Ryan T. Anderson, critiques the transgender movement on the grounds of metaphysics, medicine and public policy. The only rationale for determining an organism’s sex is “by that organism’s organization with respect to sexual reproduction.” One’s sex is evident in DNA, can be tracked in the womb and manifests itself “in many of our bodily systems and organs all the way down to the molecular level.”

God created our DNA. Humans are male or female.

A 2014 article in The Federalist is titled “How The Trans-Agenda Seeks To Redefine Everyone” by Stella Morabito. “And why should we care? Because erasing gender distinctions, especially as they apply to childbearing and rearing, would serve to legally un-define what it means to be human.” The article continues, “A new legal definition of human—as neither male nor female—would apply to you whether you like it or not. Already, there is social pressure for everyone to comply with the gender theory notion that biological facts are mere “social constructs.”

Folks, being human means that an individual is either female or male. Gender-neutrality is a made-up myth. It’s about identity politics – to erase the identity of being a male or a female.

Furthermore, the trans agenda is to erase females/mothers as the sole bearers of giving birth to children. Notice how they want to replace “mothers” with “birthing persons.” It’s part of their nefarious language game to change thoughts, beliefs, behaviors and to accept their flawed ideology.

Free expression becomes hate speech when an individual or group disagrees with transgender ideology or pronoun protocol. Treasonous Team Biden has been beyond busy passing pro-trans legislation since the 2020 presidential election was stolen. Why? To create the language police to suppress freedom of speech to strip civil liberties by mandating and forcing compliance with government policy.

Totalitarianism: a system of government under which the people are allowed virtually no authority, with the state holding absolute control.

Connect the dots. The well-oiled transgender movement is but one of the planned tools taking America down the path to the eventual death of freedom, liberty, and justice; the death of the U.S. Constitution and the Bill of Rights; and the death of the United States of America as a sovereign nation. And when the USA falls – other democratic countries will follow.

That’s why patriots must unite, organize, and stand up to the radical transgender cult movement. We must defy the language police and speak truth and facts. We must persist and pray. We are the soldiers in God’s army and America is our birthright.