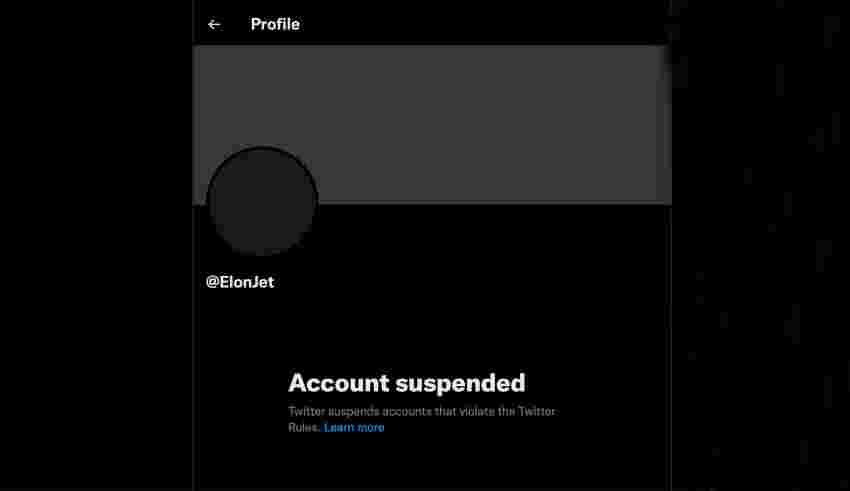 The account, @ElonJet, used publicly available information to follow which airports Musk’s private jet flew to, and shared the updated on Twitter. Notably, the person who ran the account, @jxckSweeney has also been suspended.

So much for freedom of speech?

My commitment to free speech extends even to not banning the account following my plane, even though that is a direct personal safety risk

Before the @jxckSweeney account was banned, Sweeney said that screenshots provided by a Twitter employee indicated that the social media company was limiting the @ElonJet account’s reach, essentially shadow-banning it.

Back in January, Musk offered Sweeney $5,000 to take down the account and stop tracking his whereabouts, saying that it is a security risk, even though the information used by Sweeney was available publicly, and he just broadcasted it to his audience on Twitter. At the time, Sweeney declined Musk’s offer and said, “Any chance to up that to $50k? It would be great support in college and would possibly allow me to get a car maybe even a Model 3.”

It is currently unknown why both of Sweeney’s accounts were banned, but we’ll hopefully hear about it soon, likely from Musk himself.