Home Technology Twitter is finally getting an edit button, and it’s coming to Canada first

The social network says it’s testing the ‘Edit Tweet’ button with Blue subscribers to learn more about how people use the feature before bringing it to all Twitter users later. In the initial version of the Edit Tweet feature, tweets will be able to be edited a “few times” in a 30-minute window following their publication.

All edited tweets will feature an icon, timestamp and label to indicate that the original tweet has been changed. When you tap on the label, you’ll also be able to view an ‘Edit History’ to view all past versions of the tweet. 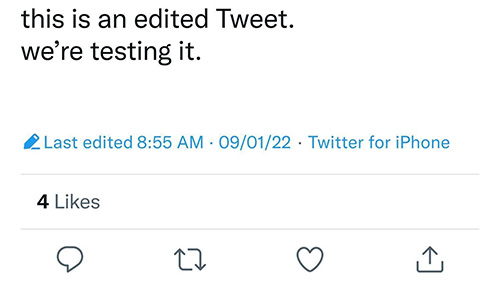 “Like any new feature, we’re intentionally testing Edit Tweet with a smaller group to help us identify and resolve potential issues before it’s shared with the public. Since this is our most requested feature to date, we want to make sure we get it right,” said Twitter Canada in a statement.

Twitter Blue, the platform’s $6.49/month subscription service, first launched in Canada and Australia in June 2021 before expanding to the U.S. in November 2021. Blue got a price hike in July. Canada has been the test market for other Twitter features in the past, including ‘Notes’ and ‘Hide replies.’ 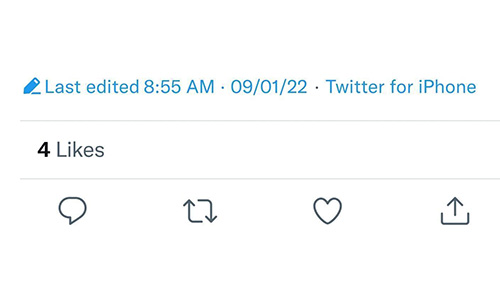 An edit button has been rumoured to be coming to Twitter for several years, with frequent leaks surrounding the feature appearing over the last few months. As a regular typo creator that spends far too much time on Twitter, I’ve been waiting for an edit button to hit the social network for years.

One-time Twitter buyer Elon Musk is still attempting to find ways out of his commitment to purchase the social network. In his most recent move, Musk alleges that Twitter breached six separate provisions regarding the acquisition.

Update 2022/09/01 at 9:07am ET: Added a line about the increased price of Twitter Blue and corrected the pricing listed in the article.

Supporting A Loved One With Cancer