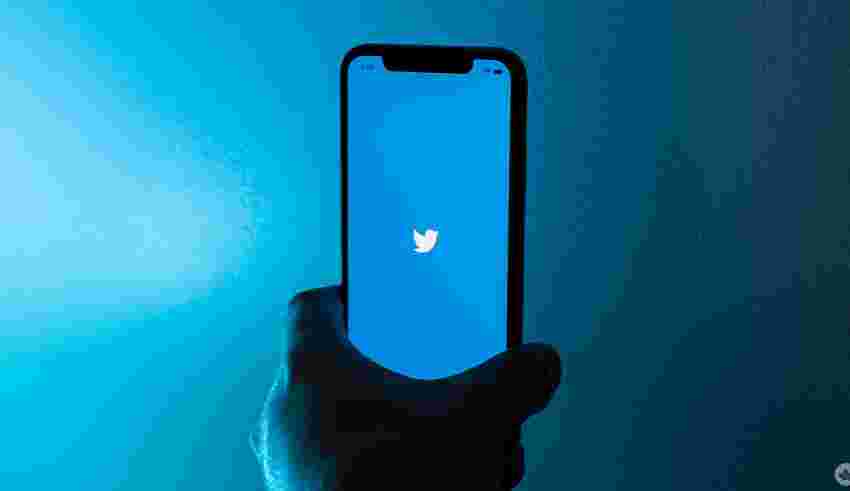 Elon Musk’s plans to start charging users $8 a month to keep their verification status have yet to be implemented but attempts to dupe people of their personal information are going strong.

It has gotten so bad that Twitter’s head of safety and integrity is warning people to be on the lookout. “We’re hearing reports of phishing emails talking about potential changes to Verification,” Yoel Roth tweeted on November 3rd.

Attached are screenshots of phishing emails asking users to provide their personal information to save them from losing their verified status. These emails are sent from a Gmail account and include a link to a Google Site. News of the scam broke earlier this week, and Google removed at least one of these websites. 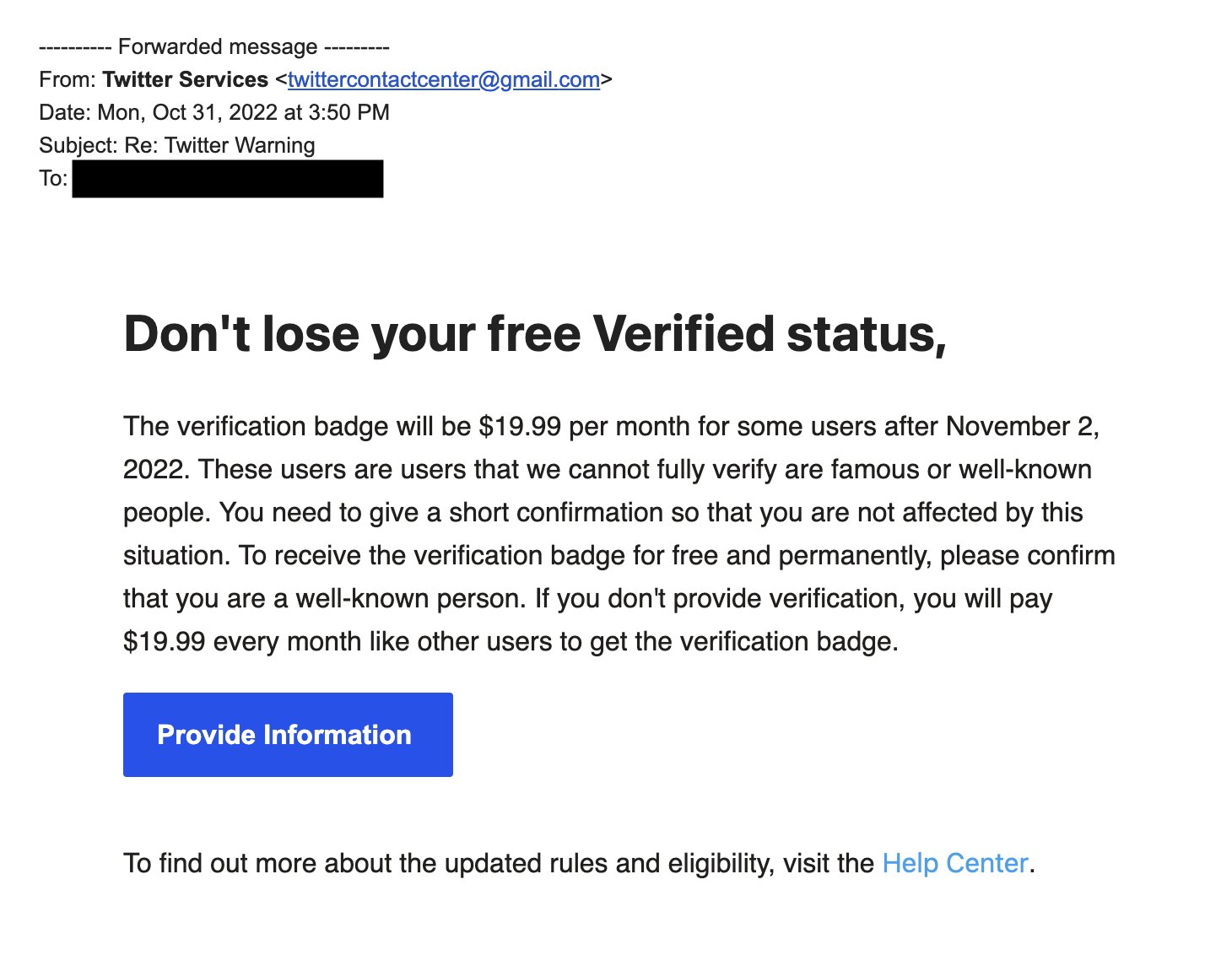 One of the phishing emails going around. Image credit: @yoyoel/ Twitter

“Be wary — nothing has launched yet, and we aren’t sending these notes,” Roth continues. “Check the sender carefully, and don’t provide your credentials or payment info.”

The emails started after Musk announced plans to charge users in the U.S. $8 a month for Twitter Blue, the platform’s subscription service. The sought-after blue checkmark verifying accounts will also be included as part of the subscription, allowing people to buy their status.

For the latest on Musk x Twitter, check out MobileSyrup’s coverage here.