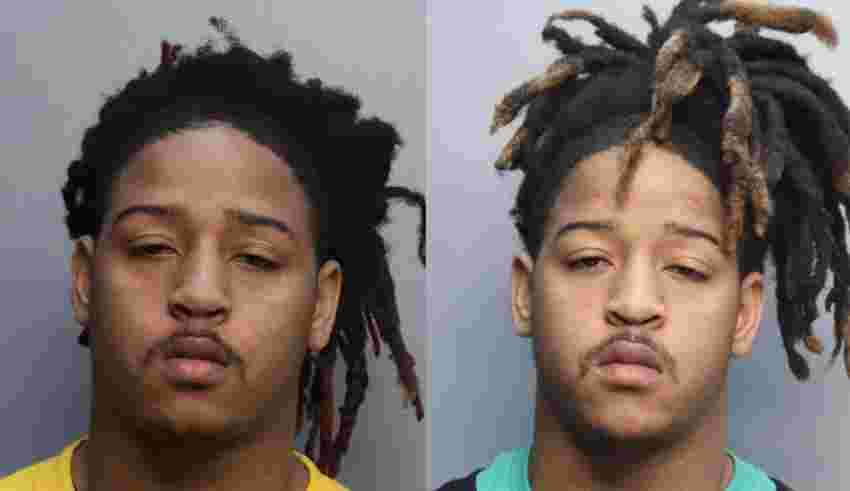 MIAMI-DADE COUNTY, FL – The Miami-Dade Police Department, Kendall District, General Investigations Unit, is investigating a shooting that resulted in one person shot. According to investigators, three subjects were involved in an altercation with a victim, 28 year-old Shakamarley Walker at the Dadeland Mall Food Court. After the altercation, the three individuals fled on foot. Miami-Dade Fire Rescue responded to the scene and transported the victim to JMH-South Trauma Center, where his was listed in stable condition.

Through investigative means, officers were able to obtain the vehicle description for a 2006 white BMW 325I 4-Door and after a pursuit, arrested one suspect, 18 year old Alex Antonio Bryant Jr., after he lost control of his vehicle and crashed on the Florida Turnpike. The other two suspects remained at large.

According to arrest affidavits, on Friday, December 9, 2022, the other two individuals involved, later identified as 18 year-old Evan Germain Flowers and his twin brother Ernest Germain Flowers, surrendered themselves to the Miami-Dade Police Department, Kendall District Station; they were both placed under arrest and charged with attempted second degree murder with a deadly weapon and aggravated battery with a deadly weapon while wearing a mask.