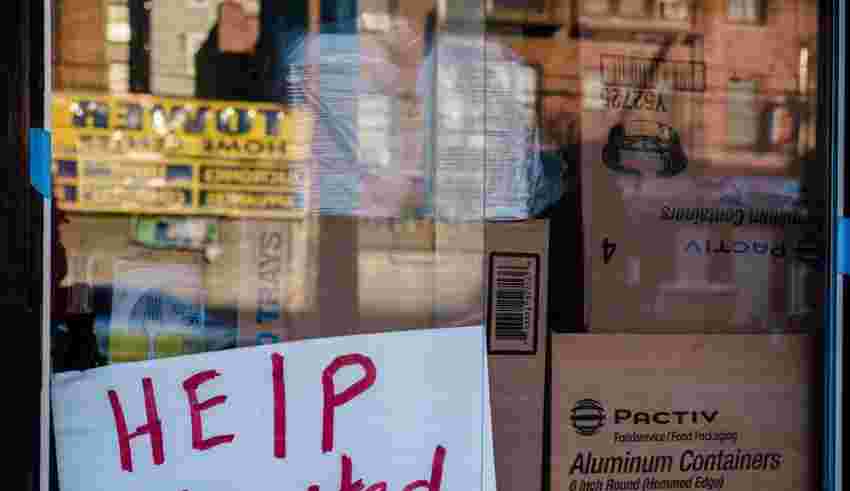 The number of available positions increased to 10.7 million in September from a revised 10.3 million a month earlier, the Labor Department’s Job Openings and Labor Turnover Survey, or JOLTS, showed Tuesday. The median estimate in a Bloomberg survey of economists called for a drop to about 9.8 million.

The surprise pickup in vacancies highlights unrelenting demand for workers despite mounting economic headwinds. The persistent imbalance between labour supply and demand continues to underpin robust wage growth, adding to widespread price pressures and reinforcing expectations for yet another large rate hike on Wednesday. 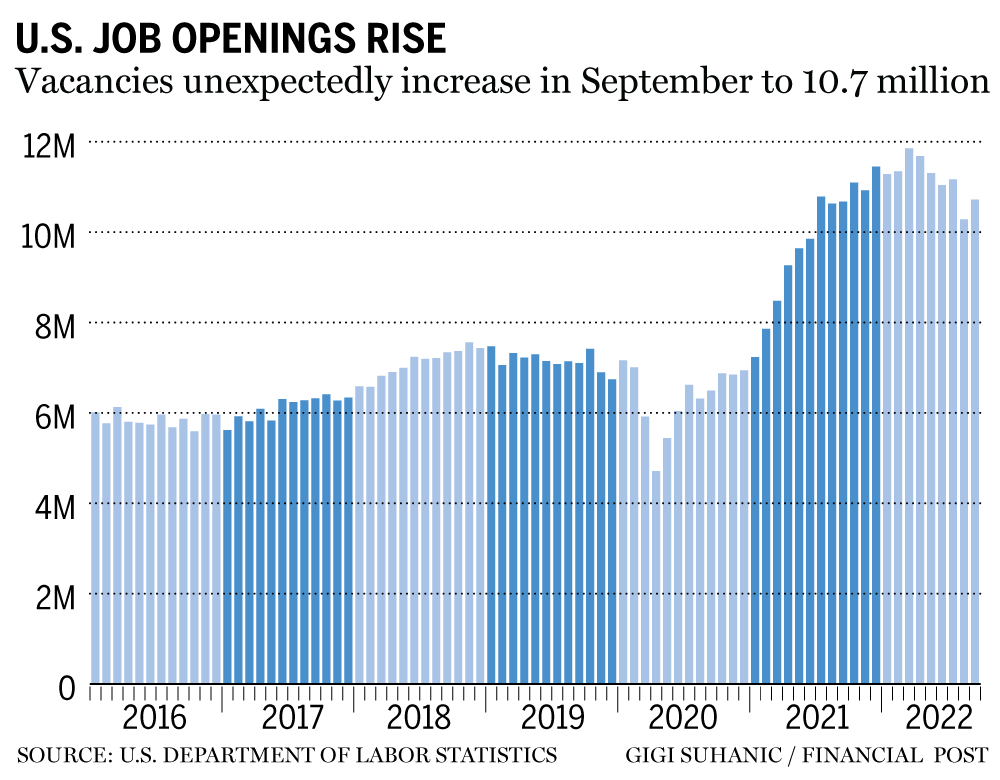 The latest increase in openings erased much of August’s slide, which, at the time, had suggested a notable moderation in labor demand.

“After the shock of last month’s report, the September JOLTS data is returning to a familiar story: demand for workers remains robust,” Nick Bunker, head of economic research at Indeed Hiring Lab, said in a note. “By all the key metrics in this report, the labor market is resilient.”

Following the release, the S&P 500 fell and the yield on the two-year Treasury increased.

The largest increases in vacancies were in accommodation and food services, health care, and transportation, warehousing and utilities.

“Job openings failed to decline in September despite clear signs of slowing economic momentum, complicating the picture for a Fed looking to take excess heat out of the labour market.”

Fed officials watch that ratio closely and have pointed to the elevated number of job openings as a reason to why the central bank may be able to cool the labour market — and therefore inflation — without an ensuing surge in unemployment.

Some 4.1 million Americans quit their jobs in September, a slight decline from a month earlier. The quits rate, a measure of voluntary job leavers as a share of total employment, held at 2.7 per cent.

The data precede Friday’s monthly jobs report, which is currently forecast to show U.S. employers added about 190,000 workers to payrolls in October. Economists are expecting the unemployment rate to edge up to 3.6 per cent, and for average hourly earnings to post another solid advance.

—With assistance from Jordan Yadoo.