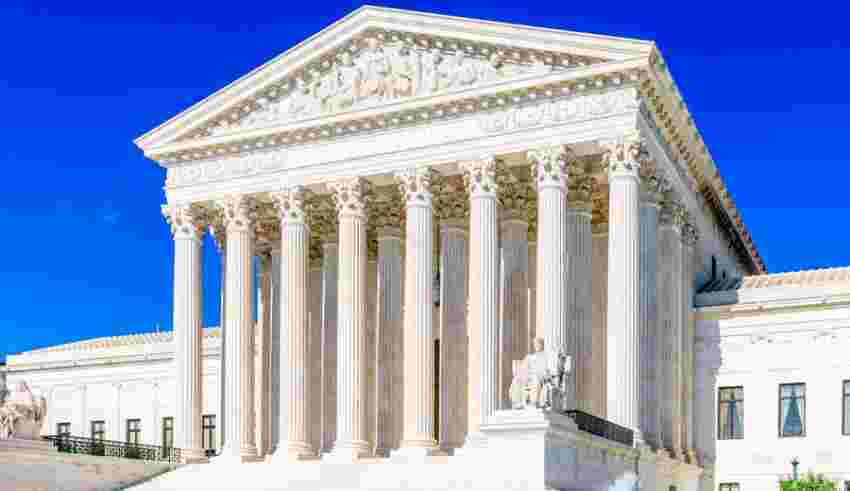 WASHINGTON, D.C. –  Yet another case challenging the results of the 2020 presidential election has been rejected by the U.S. Supreme Court, with the plaintiff in this case, a Utah man, implausibly insisting that the nation’s highest court remove the Biden Administration from office and reinstall Donald Trump as president of the United States.

The Supreme Court refused to hear arguments in Raland Brunson v. Alma Adams without explanation; the case had already been dismissed by both a lower court and an appeals court, and with yet another dismissal this week, Brunson – who originally filed it – has officially exhausted his legal options to overturn the election won by President Joe Biden.

Despite the outcome, Brunson insisted that he is exploring additional legal avenues to challenge the election, including petitioning the court to reconsider their decision not to hear his case.

Brunson’s case hinged on his insistence that federal officials – including every member of Congress – had failed to adhere to their oath of office by not launching probes into claims by 154 members of Congress that the 2020 election was won by “widespread voter fraud.,” as regularly insisted upon by former President Donald Trump.

The majority of Brunson’s evidence was largely circumstantial; he pointed to Biden’s rally attendance being lower overall than Trump’s while campaigning alone as ample evidence to fuel an investigation, as well as sworn affidavits – which are legally deemed “hearsay” and are not considered actual evidence – from individuals who attested to witnessing voter fraud in-person. He also pointed to changes to voting laws in several states prior to the election, some of which were later deemed unconstitutional.

Brunson stated that Congress’ failure to investigate the election was “an act of war” and “an attack” against his ability “to participate in an honest and fair election.” He asked the courts to remove Biden from the White House and reinstall Trump as president.

Brunson had attempted to escalate the matter to the Supreme Court because he claimed that his arguments weren’t properly addressed in lower court rulings.

Originally, U.S. Magistrate Judge Jared Bennett had stated that Brunson’s case had been dismissed because he was unable to prove he had a personal stake in the outcome of the election, or that he suffered an injury caused by the defendants. Bennett also noted that the government is protected by sovereign immunity in cases such as this.

The U.S. Court of Appeals for the 10th Circuit later upheld that decision.