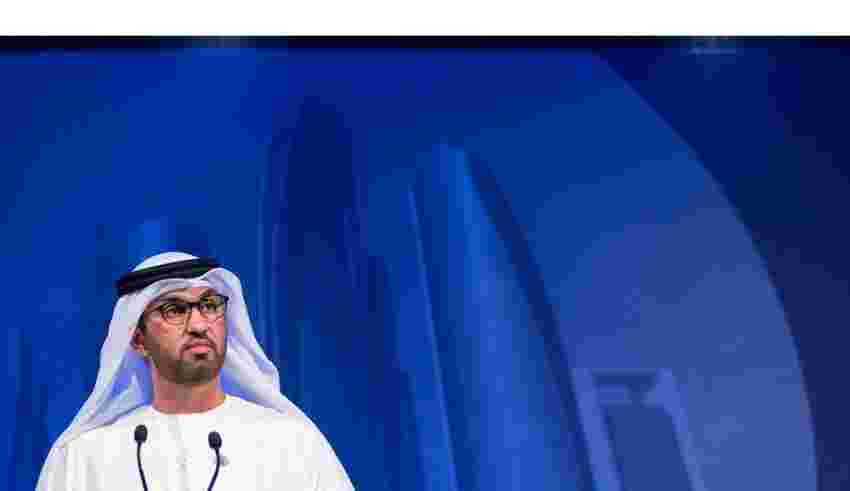 The United Arab Emirates has named Sultan al Jaber, head of the national oil company as well as the main renewable-energy firm, as president for the COP28 climate summit that will be held in Dubai later this year.

Al Jaber is also the UAE’s special envoy on climate change and key to the OPEC member’s goal of reaching net-zero emissions by 2050. The UAE was the first nation in the oil- and gas-rich Persian Gulf to set such a target.

COP28 will take place from Nov. 30 to Dec. 12. The president has a crucial role in setting the agenda and forging a consensus among the different nations.

The UAE will “take an inclusive approach that engages all stakeholders from the public and private sector,” al Jaber said in a statement. “The UAE is well-positioned to build bridges, foster consensus and bring the world together in one shared mission to keep 1.5C alive,” he said, referring to the ambition of capping global warming by that amount.

Al Jaber’s appointment may be controversial for many in the climate world because he is chief executive officer of Abu Dhabi National Oil Co. The company pumps almost all the crude in the UAE, which produces about 3.2 million barrels a day.

He will remain CEO of Adnoc, according to people familiar with the matter.

Al Jaber is also chairman of Abu Dhabi-based Masdar, which can produce 20 gigawatts of clean power and plans to invest billions of dollars to increase its capacity to 100 gigawatts globally this decade. That’s about double the renewable-energy that the UK is able to produce today.

The announcement was made on Thursday by the UAE’s ruler, Mohammed bin Zayed. Egypt hosted last year’s COP27 summit and it made its foreign minister, Sameh Shoukry, president.

—With assistance from Nayla Razzouk.