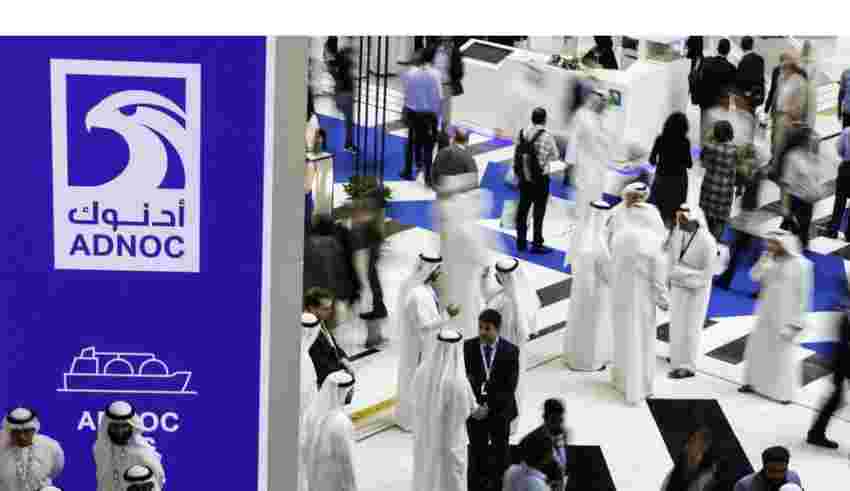 The United Arab Emirates’ main energy company will boost investment to $150 billion over the next five years, speed up an increase in oil-production capacity and list some of its natural gas business.

Abu Dhabi National Oil Co. also said it would expand its international gas, chemicals and clean-energy operations. The moves are part of a push by the company and the UAE to raise output of hydrocarbons while at the same time neutralizing planet-warming emissions by 2050.

The decisions were made at an annual board meeting on Monday chaired by the UAE’s president, Sheikh Mohammed bin Zayed. The OPEC member has, along with neighboring Saudi Arabia, criticized Western governments and investors for trying to transition away from fossil fuels too quickly. It’s pointed to this year’s surge in prices as evidence there’s been too little investment in oil and gas exploration in recent years.

“The world needs maximum energy, minimum emissions and it needs all the energy solutions if we are to ensure global energy security,” Sultan al Jaber, Adnoc’s chief executive offer, said in a statement.

Adnoc will combine its liquefied natural gas and gas-processing arms in a new unit. It will sell a minority share of the business, called Adnoc Gas, through an initial public offering in Abu Dhabi in 2023.

Adnoc Gas will be one of the world’s largest gas-processing entities, Adnoc said, with a capacity of 10 billion cubic feet a day across eight onshore and offshore sites. It will have a pipeline network of more than 3,250 kilometers (2,019 miles).

Abu Dhabi’s stock market, along with those in Dubai and Riyadh, has been a rare bright spot for IPOs this year. While most major markets — including Europe — have seen deals slump, Persian Gulf economies benefited from oil’s surge above $100 a barrel earlier this year.

Adnoc will now aim to raise crude output capacity to 5 million barrels a day by 2027, earlier than the previous target of 2030. Its net zero pledge — which will only apply to emissions from Adnoc’s operations, not those from customers burning its fuel products — follows that of the UAE itself, made last year.

The company also announced that its oil reserves had risen by 2 billion barrels this year to 113 billion, and that its gas reserves stood at 290 trillion cubic feet. These “reinforce the country’s position in global rankings as the custodian of the sixth-largest oil reserves and the seventh-largest gas reserves,” Adnoc said.