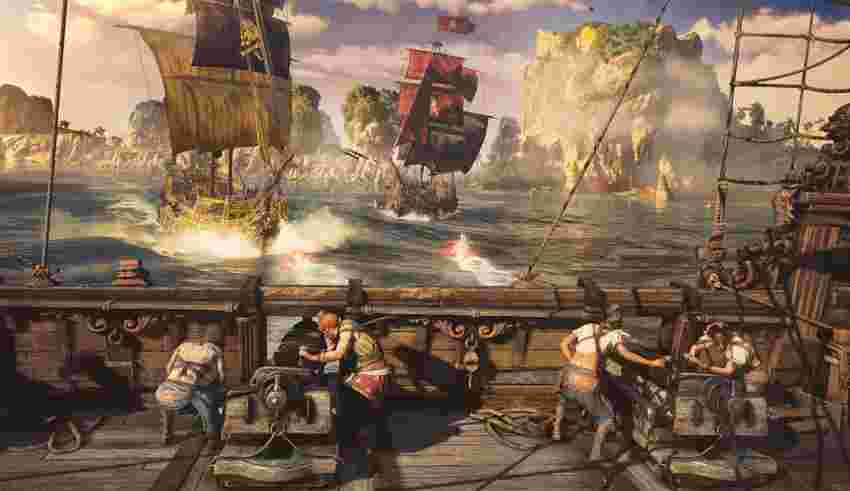 Skull and Bones has been delayed for a staggering sixth time, Ubisoft has confirmed.

The open-world pirate game was most recently set to release on March 9th, 2023, but Ubisoft says it’s now simply slated to come sometime between now and early 2024.

The move comes amid a turbulent period for the French publishing giant. In a press release, Ubisoft acknowledged that it’s facing “major challenges,” including the cancellation of three unannounced games on top of the four it had axed last year.

The company also noted that its 2022 games — an unusually soft lineup that lacked new releases from such big franchises as Assassin’s Creed or Far Cry — “have not performed as well as expected.” Specifically, it points to the commercial underperformance of last fall’s otherwise well-received Mario + Rabbids Sparks of Hope and Just Dance 2023, the latter of which being the latest entry in a historically popular annualized franchise.

As a result, the company is projecting a $537 million USD (about $721 million CAD) loss for the fiscal year ending in March 2023. This has led it to cut around $215 million USD (about $289 million CAD) in costs. According to Kotaku, these cost-cutting efforts include layoffs and renewing fewer contracts at some of the company’s U.S. locations. It’s unclear how this might affect any of the publisher’s many Canadian studios, including Ubisoft Montreal and Ubisoft Toronto.

Ubisoft’s rough patch, in part, stems from its ever-evolving production pipeline. Over the past few years, the company has been pivoting towards live service titles that continue to bring in players over long periods. One of its older games, 2015’s Rainbow Six: Siege, has been one of the most popular multiplayer games on the market, with over 70 million registered players.

Other Ubisoft live service games in the works include the arena shooter XDefiant and The Division Heartland. Meanwhile, it’s cancelled other online titles like Hyperscape and Ghost Recon Frontline.

For now, though, the company said in an emergency investor call, via Kotaku, that its release plans for the fiscal year beginning in April 2023 include Skull and Bones, Avatar: Frontiers of Pandora, Assassin’s Creed Mirage and at least one more big unannounced title.