Rafael Fiziev is the first fighter from Azerbaijan to make it to the UFC. Tonight, in the first main event of his career, he made his countrymen proud. His opponent, Rafael dos Anjos, is a 37-year-old former champion who came into tonight’s bout with a higher divisional ranking. However, the 29-year-old Fiziev refused to be overwhelmed by dos Anjos’ resume. Instead, he focused on the task at hand, and ultimately seized the moment. There’s a lot to unpack here; without further ado, let’s get into it!

Although Rafael dos Anjos entered his fight against Rafael Fiziev with a higher ranking in the lightweight division, the odds makers in Las Vegas favored Fiziev to emerge as the winner. Part of that is due to the fact that Fiziev climbed to the number ten spot in a relatively short period of time, while it has taken dos Anjos a lifetime to achieve the seventh position. In the interest of fairness, dos Anjos was once at the top of the food chain, wearing the belt and holding the sought-after moniker of “champion.” However, he is now a 37-year-old looking to regain his past glory.

In round one, the veteran tested the young fighter’s resolve by attempting to take him to the mat. However, Fiziev displayed great takedown defense and prevented the maneuver from being successful. In round two, Fiziev once again displayed great takedown defense, however, this time he also responded with an offensive attack of his own. He was able to land scoring blows with strikes, kicks, and most importantly, an elbow that opened up a cut on dos Anjos before the end of the round.

There was a great striking exchange between the two fighters at the beginning of round three as both men sought to steal the momentum of the fight. In round four, dos Anjos scored two takedowns, while Fiziev began to show fatigue. This was the first main event of his career and he’d never been past the third round before. At the beginning of round five, Fiziev immediately landed a viscious left hook that knocked dos Anjos out immediately. It was a stunning turn of events and an emphatic statement from the rising star from Azerbaijan!

Middleweight prospect Caio Borralho turned in a dominant performance against Armen Petrosyan. He set the tone in round one with a nice takedown, followed by a body triangle that nearly caused Petrosyan to submit in the opening minutes. Round two was more of the same; Borralho scored two takedowns and was again able to put Petrosyan in a compromised position by using the body triangle.

In round three, Borralho was careful not to make any mistakes that could potentially cost him the fight. However, with a minute and a half left in the round, he scored yet another takedown. For his efforts, Borralho was awarded an easy unanimous decision victory by the judges.

Early in his fight against Douglas Silva de Andrade, bantamweight prospect Said Nurmagomedov relied heavily on kicks to land scoring blows. Each man attempted a spinning head kick but neither was successful in connecting with his opponent. In the final minute, Said was able to score on a flying knee, followed by a successful takedown, completed just as the bell signaled the end of the round.

In round two, Andrade made his presence felt when he landed an overhand right that sent Nurmagomedov crashing to the mat. He pounced on his opponent but there was not enough time left for him to establish a dominant position; Nurmagomedov was saved by the bell.

Round three was a back-and-forth affair. Andrade scored a huge body slam in the opening minute. Nurmagomedov responded with a takedown, however, Andrade was able to quickly fight to his feet. He later scored on a spinning backfist before the end of the round. Unfortunately for Andrade, the judges decided it was too little too late. Nurmagomedov combinations of takedowns and striking prowess earned him a unanimous decision victory.

Heavyweight behemoths Jared Vanderaa and Chase Sherman engaged in a boxing match with an occasional kick for good measure. Although the fight was sanctioned as mixed martial arts, it could have just as easily been a kickboxing affair. Over the course of the fight, neither man attempted a takedown and there was zero grappling.

Vanderaa had surprisingly good timing, landing timely jabs in the opening round that kept Sherman on his toes. Furthermore, Vanderaa’s weight, over 260 lbs., provided additional impact. Everytime he landed it was clear that Sherman felt the effects. In round two, Vanderaa made good use of calf kicks and continued to incorporate well-timed jabs.

At the beginning of round three, Sherman landed a right hook that stunned Vanderaa. He stumbled into the cage and Sherman seized the moment. He chased his opponent down and landed a barrage of punches that rendered him defenseless. The referee jumped in to stop the fight as Vanderaa crumpled to the mat. At the end of the fight, it was revealed that Vanderaa was ahead on the scorecards entering the final round. Sherman did a great job of displaying the best way to ensure victory; take matters into your own hands and prevent the judges from having to make a decision.

Bantamweight prospects Aimann Zahabi and Ricky Turcios have been occasional sparring partners and are genuinely friendly with one another. However, they put their chumminess aside for the fight and decided to handle the matter at hand.

Turcios has a reputation for being eccentric and that was on full display throughout the fight. He continually made sound affects every time he landed a strike or attempted a kick. It was amusing and it seemed more fit for a Kung Fu movie from the 1970’s than an actual professional fight. However, Zahabi was able to ignore the antics and score great striking blows using a counterpunching tactic. Turcios’s best moments of the fights were attempted takedowns, but Zahabi was prepared for the maneuver and prevented them from being successful. For his efforts, Zahabi was awarded a unanimous decision victory.

Lightweight prospects Michael Johnson and Jamie Mullarkey engaged in a seesaw battle; each man had impressive moments and it was a very difficult fight to score. In round one, each man had trouble scoring with strikes until Johnson landed a huge blow with under two minutes to go. The overhand right sent Mullarkey crashing to the mat. Eventually, Mullarkey made his way back to a standing position and land a strike of his own that sent Johnson crashing to the mat with 15 seconds left in the round. Johnson was able to survive but each man had gained the other’s respect.

In round two, each man continued to score with strikes, but Johnson had the most impressive moment when he successfully slammed Mullarkey to the mat with just under a minute to go. He was unable to score a submission, however, and his opponent survived into round three. The final round was a back-and-forth affair with neither man scoring a takedown and both landing significant strikes. Ultimately, Mullarkey won via split decision. This fight was very entertaining and difficult to score. I wouldn’t be surprised if these two met in a rematch at some point in the future.

Rafael Fiziev is an impressive prospect in the lightweight division. Coming into tonight, he was ranked tenth; defeating a legend like dos Anjos should propel him into the top five. However, the issue at hand is just how incredibly talented the lightweight division is. Currently, the championship belt is vacant and there are numerous contenders who can make the case that they deserve a shot at the belt. In any other division, a talent like Fiziev would most likely be in line for a title shot, but the current status of the lightweight division might possibly be the most talented division in the history of the sport.

Due to the fact that he hails from Dagestan, and he carries the same surname as the renowned Khabib, many fight fans assume that Said Nurmagomedov is a relative of the legend. However, they have each publicly stated that they are not members of the same family. However, they have trained together on more than one occasion, with the veteran of the octagon saying he expects big things from the young protégé.

UFC Fight Night returns next week when featherweight veteran Brian Ortega takes on Yair Rodriguez in the main event of the evening. The event will take place in Long Island New York, and you can bet the New York City crowd will live up to their reputation of being among the most raucous sports fans in the world; you won’t want to miss it! As always, we’ll have all the latest updates about the outcomes of the fights, as well as in depth analysis available right here at World in Sport! Until next time, take care of yourselves, and each other. 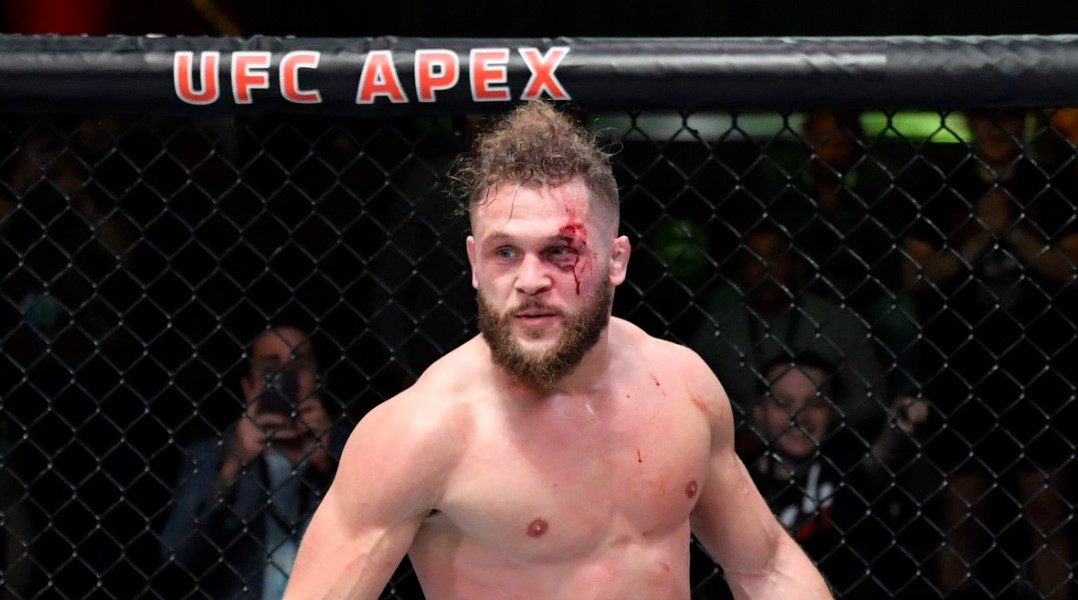