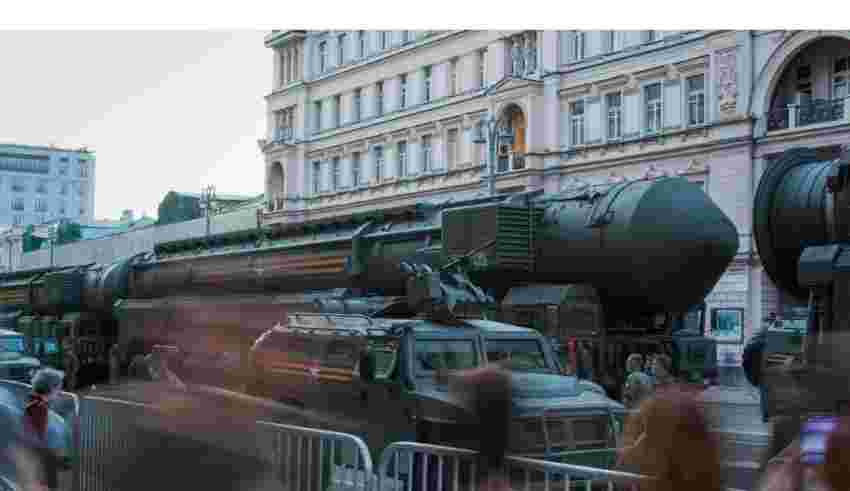 (Bloomberg) — US Defense Secretary Lloyd Austin warned of a potential “dangerous spiral of nuclear proliferation” spinning off from Moscow’s invasion of Ukraine. Austin also told a security conference in Canada that NATO wouldn’t be “dragged into Putin’s war of choice.”

Rishi Sunak met with President Volodymyr Zelenskiy in Kyiv to affirm Britain’s support for Ukraine’s defense against Russia, including with a big new air defense package.

Russian troops kept up attacks on Ukrainian infrastructure. More than 1,000 missiles and drones have hit energy targets since Russia’s invasion in February, the government said. Kyiv is experiencing long periods without power. Ukraine’s energy minister called on households to slash their electricity consumption.

Russian forces fired missiles at civilian infrastructure in Kramatorsk and Sviatohirsk in the northern Donetsk region over the past day, the General Staff of the Ukrainian Armed Forces said in an update. Four missile strikes, almost sixty multiple rocket launcher attacks and one aerial bombardment were made. Kyiv’s forces repelled Russian attacks in Bilohorivka in the Luhansk oblast and settlements including Spirne and Bakhmutin the Donetsk region. Moscow’s troops are bolstering defenses and supply lines near Kryvyi Rih in central Ukraine and Kherson, and continue shelling Ukrainian forces on recaptured right bank of the Dnipro River.

Withdrawal of Russian troops from west of Kherson was “conducted in relatively good order compared to previous major Russian retreats during the war,” the UK defense ministry said.

Vehicle losses by Kremlin forces could probably be counted in the tens rather than the hundreds, the ministry said in a Twitter thread.

The relative success “is likely partially due to a more effective, single operational command under General Sergei Surovikin,” who was appointed in early October to lead Russia’s efforts in Ukraine.

The Central Asian state of Kazakhstan holds a presidential election on Sunday, with the incumbent, Kassym-Jomart Tokayev, expected to romp to victory without meaningful opposition.

An ally of President Vladimir Putin, who sent in troops to help crush protests earlier in the year, Tokayev nonetheless has been openly defiant of the Russian leader over the war in Ukraine.

Defense Secretary Lloyd Austin warned of a potential “dangerous spiral of nuclear proliferation” as a by-product of Russia’s war in Ukraine, but said NATO wouldn’t be “dragged into Putin’s war of choice.”

“Russia’s invasion offers a preview of a possible world of tyranny and turmoil,” Austin said Saturday at the Halifax International Security Forum in Canada. “It’s an invitation to an increasingly insecure world haunted by the shadow of nuclear proliferation.”

The Russian president’s “fellow autocrats are watching. And they could well conclude that getting nuclear weapons would give them a hunting license of their own,” Austin said.

The deal was inked during a meeting in Iran in early November and the countries are moving ahead rapidly to transfer designs and key components with an eye to starting production within three months, the newspaper reported.

Among the cargoes was one carrying 62,843 tonnes of sunflower meal for China. Others carried wheat and corn to South Korea, rapeseed to Belgium, and soybeans to Egypt.

Prime Minister Rishi Sunak on Saturday made his first visit to Kyiv since taking office in October to affirm the UK’s continued support for Ukraine’s war efforts.

The UK will provide air defense equipment worth £50 million ($59 million) to help protect Ukrainians from a barrage of Russian strikes on critical infrastructure.

In a Facebook post, Ukraine’s president said the pair discussed “the most important issues both for our countries and for global security.”

The first train from Kyiv to Kherson since Russia’s invasion in February arrived early Saturday, carrying some 200 passengers, days after Ukrainian troops wrested the southeastern city from Moscow’s control.

“This is our victory train!” Kyrylo Tymoshenko, an official with the Ukrainian presidential office, said on Telegram.

The US, through USAID, has become the first country to back a Ukrainian initiative for developed countries to purchase its grain for countries in need, said Infrastructure Minister Oleksandr Kubrakov.

President Volodymyr Zelenskiy called in his address to the G20 this week to fund new shipments of grain around the anniversary of the 1930s Holodomor famine, orchestrated by Soviet leader Josef Stalin to punish farmers in Ukraine who resisted collective farms. An estimated 7 million people died in the famine.

Russian officials “are preparing for further covert mobilization efforts” to shore up troop numbers, according to the Institute for the Study of War.

Telegram channels in Russia have discussed indicators that the Kremlin is preparing for a second mobilization wave, the US-based military analysts said in an update. Russian President Vladimir Putin on Oct. 31 declared a formal end to the Kremlin’s earlier partial mobilization.

An image was circulated of a draft summons to a man in St. Petersburg reportedly told to report for service in January. Russian “milbloggers” also circulated claims that general mobilization will begin in December or January, ISW said, adding that “it is evident that Russian authorities never fully halted mobilization efforts.”