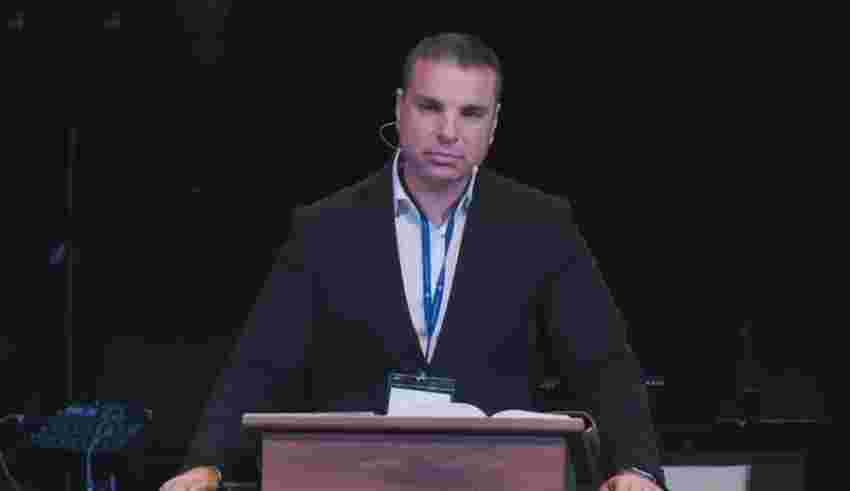 PORTSMOUTH, OH –  I am outraged and so should every Christian in the USA and around the globe. Every Republican and Democrat in America needs to speak out and reproach the United Nations (UN).

“The UN General Assembly this week passed a resolution to characterize the founding of the modern state of Israel in 1948 as a “catastrophe,” in what has been heralded as a major victory for pro-Palestinian activists,” according to an article in Breitbart.

The sponsors of the initiative included Egypt, Jordan and the Palestinians, according to Israel 365 News. Abraham Accords signatories the United Arab Emirates, Bahrain, Morocco and Sudan all voted in favor.

The United States, Canada, Australia, United Kingdom, Germany, Greece, and Italy were among those who opposed.

In a majority, 90 member countries voted in favor of the move with 30 dissenting, and 47 abstaining from the vote, according to the Jerusalem Post.

Sounds like a group of bullies with a mob mentality ganged up on Israel.

The UN General Assembly was in favor of holding a commemorative event in honor of the 75th “Nakba Day,” the Palestinian name for Israel’s establishment, which translates to “catastrophe.”

Tweet from Ambassador Gilad Erdan: The #UNGA passed a shameful resolution calling for an official event to commemorate the Palestinian “Nakba” on the 75th Anniversary of the creation of the State of Israel. By passing such an extreme and baseless resolution, the UN is only helping to perpetuate the conflict.

I agree with Erdan.

My questions: Why would the UN allow shall a resolution to be presented for a vote? Why did 90 countries vote against Israel?

“The United Nations is an international organization founded in 1945 after the Second World War by 51 countries committed to maintaining international peace and security, developing friendly relations among nations and promoting social progress, better living standards and human rights.”

In a 2022 opinion piece for The Algemeiner, Dr. Mitchell Bard, director of the Jewish Virtual Library and a foreign policy analyst, takes issue with the UN’s treatment of Israel:

Over the years, the UN has become a forum for Israel bashing, with resolutions adopted year after year condemning Israel for a multitude of alleged sins, while ignoring the threats and terrorist attacks directed against it.”

According to UN Watch, since 2012, the UN General Assembly has voted on 180 resolutions related to Israel, and only 45 related to the rest of the world. The only reason the statistics aren’t similar in the Security Council is because of the United States veto. However, America has used that power only 37 times, and supported the Council’s criticism of Israel by its vote of support or abstaining roughly two-thirds of the time.”

The examples are consistent with the UN’s longstanding pattern of ignoring terrorist attacks against Israel and only condemning Israel’s reaction to them. It is like defending arsonists and criticizing firefighters.”

Since 2006, Israel has been condemned there 95 times, followed by Syria (37) and Myanmar (26). No resolutions criticized human rights in Turkey, Cuba, Egypt, Saudi Arabia, Russia, or China.

U.S.-ISRAEL RELATIONS: The United States was the first country to recognize Israel as a state in 1948, and the first (President Donald Trump) to recognize Jerusalem as the capital of Israel in 2017 Israel is a great partner to the United States, and Israel has no greater friend than the United States. Americans and Israelis are united by our shared commitment to democracy, economic prosperity, and regional security. The unbreakable bond between our two countries has never been stronger.

“There is no other country on earth that was driven from its ancient homeland only to return nearly 2,000 years later. From the diaspora beginning in 70 AD to the restoration beginning in the early 1900s, the Jews were dispersed among the nations of the world. And to this day, the Jewish people have continued to make their way back to their God-given land. Furthermore, from the very moment that God made His covenant with Abraham, we can testify of the miracles He’s worked on the nation’s behalf.”

Has the time come for both Israel and the United States to begin discussions on exiting the UN? Yes.