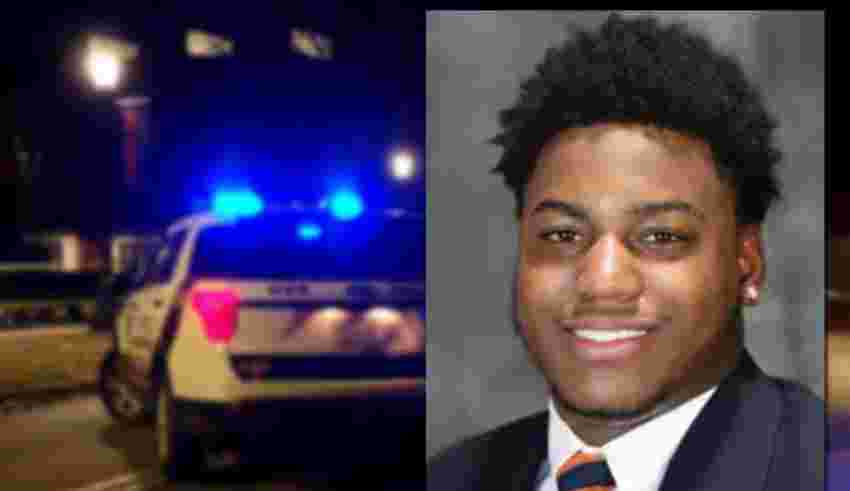 CHARLOTTESVILLE, VA – The University of Virginia Police Department Chief of Police Timothy Longo announced at an 11 a.m. press conference Monday that the suspect in the UVA shootings, Christopher Darnell Jones, 22, has been taken into custody.

Jones is suspected of shooting and killing three individuals Sunday evening and wounding two others. The three deceased shooting victims have been identified as Devin Chandler, Lavel Davis Jr. and D’Sean Perry.

Longo  said that the police department secured an arrest warrant for Jones, charging him with three counts of second-degree murder and three counts of using a handgun in the commission of a felony.

Christopher Darnell Jones Jr., a UVA student and former football player – as per the school’s website, he was on the team in 2018 but never played a game – is alleged to have carried out the shooting at approximately 10:30 p.m. Sunday in the Culbreth parking garage on university grounds.

After the shooting, a shelter in place order was imposed on the UVA campus that has since been lifted. UVA President Jim Ryan issued a statement Monday morning, issuing condolences to the fallen and confirming that Jones was indeed a student of the school.

“As of writing this, I am heartbroken to report the shooting has resulted in three fatalities; two additional victims were injured and are receiving medical care,” Ryan said. “Our University Police Department has joined forces with other law enforcement agencies to apprehend the suspect, and we will keep our community apprised for developments as the situation evolves.”

“This is a message any leader hopes never to have to send, and I am devastated that this violence has visited the University of Virginia,” Ryan continued. “I am holding the victims, their families, and all members of the University of Virginia community in my heart today, and we will make plans to come together as a community to grieve as soon as the suspect is apprehended.”

Jones was a graduate of Petersburg High School, where he played football as a linebacker and running back. His parents divorced when he was 5 years-old, and he would not see his father again until he was a teen. Relatives say Jones was a good student with solid grades, but had substantial anger problems, often getting into fights that led to suspensions.

The motive for the alleged shooting on Jones’ part is not yet known.