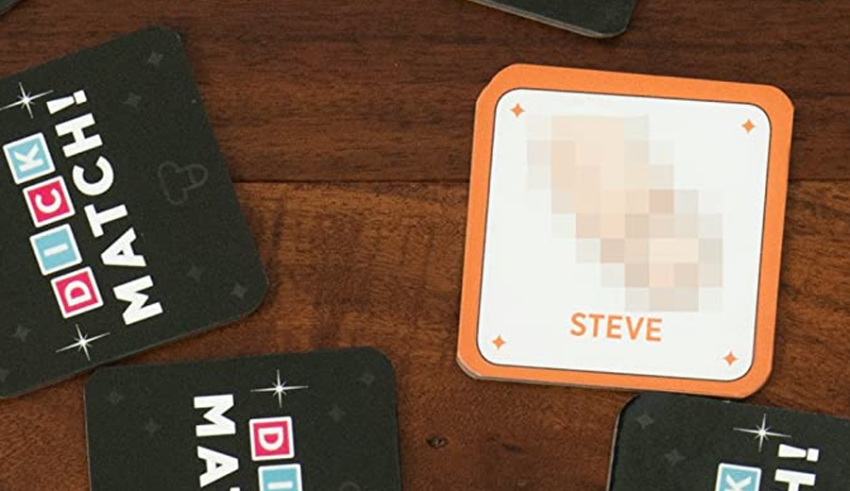 Dick Match is an “Adults-Only Memory Matching Game, Party Game from The Creators of Drunk Stoned or Stupid” and can be purchased from Amazon.

“The game features card names “DREAMSICLE,” “SERGEANT PENIS,” “DICK CHENEY” and “HOMEWRECKER” and was played at a program for 13-year-olds called ‘SaturGayz.’ The post was removed after The Florida Standard requested comment.

The article continues, “Jacksonville Area Sexual Minority Youth Network, known by its acronym JASMYN, posted a photo on Instagram Wednesday that showed playing cards with sketches of penises and scrotums of varying shapes and sizes.”

Florida’s VOICE followed up and published a copy of the letter from the DCPS Superintendent to principals about terminating the contract with JASMYN.

JASMYN CEO issued a statement to News4JAX “…it seems to be an overreaction to a far-right extremist website spreading inflammatory misinformation about our HIV prevention work with young adults.”

Huh? Once again conservatives are being blamed. Did the CEO get the same memo from the radical Democrats in D.C.? Instead of an authentic apology, the CEO reacted as snarly and rude – typical from loco-woko activists.

She added, “While it is regrettable that we posted something on social media in a way that could be so misunderstood…”

Okay. How can you misunderstand a card game with pictures of genital labeled with humorous names offered as fun to 13-year-old adolescents? Makes one wonder what other inappropriate games are on the shelves.

Since a card game with female genital was not offered – is this a case of discrimination?

I thought by now I would be shock-proofed by the inappropriate sexualization of kids by drag schools in schools, libraries, festivals, and parades, but a LGBT youth program that promotes a Dick Match card game to kids is over-the-top improper.

Kudos to the school superintendent.

Spotify hits over 200 million subscribers, becoming first music streaming service to do so

Spotify reveals that it continues to see an increase in paid subscribers, becoming the fir…