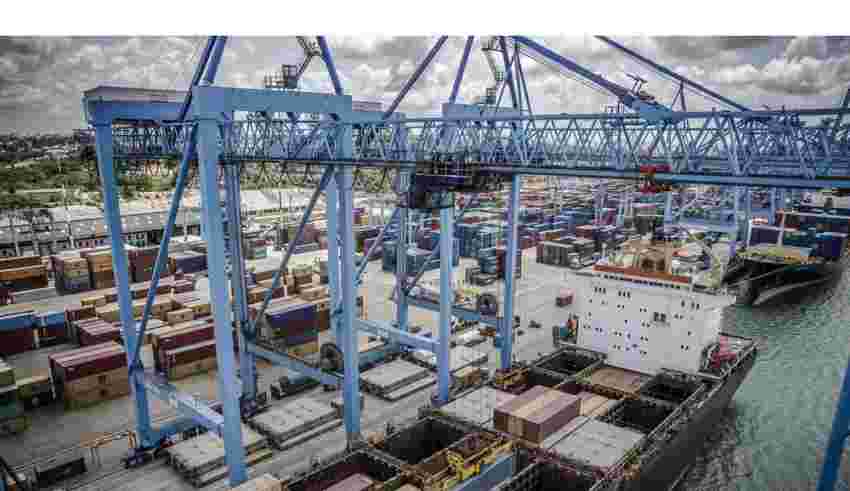 (Bloomberg) — The US’s resolve to claw back lost influence in Africa will be put to the test this week when dozens of the continent’s leaders and officials gather for three days of talks with their American counterparts in Washington.

A top priority of President Joe Biden’s US-Africa Leaders Summit, which aims to increase cooperation on some of the world’s most pressing issues, will be to map out the future of market access.

The African Growth and Opportunity Act, which expires in 2025 and gives about three dozen African nations duty-free access to the world’s biggest economy for almost 7,000 products, will be discussed at the summit on Tuesday and at a subsequent meeting with lawmakers.

One of the contentious issues to be ironed out will be who gets access.

South Africa is at risk of losing part of its preferential access to the US if its trade policies disadvantage American exporters relative to their developed-nation counterparts, according to people familiar with the matter.

Trade ministers will have an opportunity to speak directly with members of Congress, who are in charge of legislating on AGOA, on what should be improved and how to move forward, Sarah Bianchi, the deputy US trade representative for Asia and Africa, said in an interview ahead of the summit.

“We very much have the next phase in mind as we start these conversations,” Bianchi said. “This was a priority for us. Getting these direct dialogs is truly the point and the opportunity of this summit.”

The US is trying to deepen its ties with Africa as it competes for influence with rivals China, the continent’s largest trading partner and bilateral creditor, and Russia, which has successfully strengthened relations with the region in recent months as western nations tried to isolate it over its invasion of Ukraine.

Read more: US Revamps Africa Strategy as It Sounds Alarm on China, Russia

In January 2021, the African Continental Free Trade Area — which would be the world’s biggest free-trade zone by area when it kicks into full gear in 2030 — became operational.

The initiative is likely to become a key pillar in facilitating trade between the US and Africa. The bloc has a potential market of 1.3 billion people with a combined gross domestic product of $2.6 trillion.

The role of the bloc will be discussed at the summit, Wamkele Mene, the secretary general of AfCFTA, said recently.

This summit provides a “sweet spot on AGOA going forward” to have a conversation on the implementation of the free-trade agreement, said Constance Hamilton, the assistant US trade representative for Africa.

About 50 heads of state and senior government officials from African countries are expected to attend this year’s summit, the second since former President Barack Obama hosted the event in 2014. Democracy, food security, the climate crisis and promoting investment in infrastructure, health and renewable energy projects will also be discussed.

Biden is also due to throw his backing behind the African Union getting permanent membership in the Group of 20 during the summit.

The summit “is really about the US and Africa enhancing economic ties in its own right,” Bianchi said. “That’s the focus.”

—With assistance from Ana Monteiro.