Home Business US Manufacturers ‘Pumped Up’ About Supply-Chain Reshoring Trend 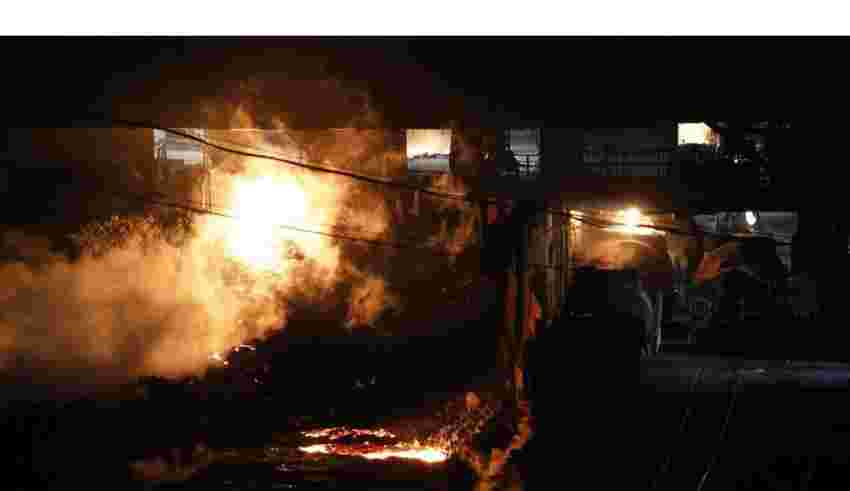 (Bloomberg) — US companies are acknowledging that reshoring — once the subject of talk but no groundswell of action — is accelerating, with at least one executive being “pumped up” about critical supply lines shifting away from nations such as China.

“This reshoring, nearshoring, whatever they’re calling it this week is real, and we’re pumped up about it,” Jim Hoffman, the CEO of Reliance Steel & Aluminum Co. of Scottsdale, Arizona, said on a recent earnings call. “It’s going to fit right in our wheelhouse.”

According to a report Wednesday, Deloitte said some 62% of manufacturers it surveyed have started reshoring or near-shoring their production capacities. The survey included 305 executives at transport and manufacturing firms, mostly in the US, with annual revenue of $500 million to more than $50 billion.

Moving production lines closer to the US and Europe has been discussed for years but was considered too costly and cumbersome. The pandemic turned much of the chin-scratching into construction spending for several reasons: global supply-chain snarls, rising e-commerce, geopolitical pressures, export restrictions, and a surge in robotics and automation.

These “are combining to create conditions for this movement to finally have legs,” Deloitte said in the report.

Another key factor are the massive US subsidies from the Inflation Reduction Act and CHIPS Act, which contain provisions that provide specific financial incentives for products made in the US, Canada or Mexico. The result is increased project planning for US-based manufacturing of electric vehicles, batteries, memory chip plants, and liquid natural gas.

“Pandemic and geopolitical events have reminded us of the need for a more distributed set of sourcing options, ensuring reliability and flexibility in securing critical materials and equipment,” said Irving, Texas-based Commercial Metals Co. CEO Barbara Smith. “Eventually, we expect reshoring to extend well beyond the areas we just discussed.”

As supply chains are realigned away from China to other regional factory hubs, labor-cost pressures in Western Europe and the US “are being mitigated by advances in robotics and automation,” according to the Deloitte report.

Still, some goods will be more expensive for companies to produce, and ultimately for consumers to purchase over the longer term.

Take, for example, semiconductors, which are a key battleground in the US-China trade conflict. Currently it costs 44% more to manufacture in the US versus Taiwan, according to a recent report from economists at Goldman Sach Group Inc.

While semiconductors only represent 0.3% of the final value of US consumer prices, there’s a risk that an escalation in US-China trade tensions could broaden and “persistently boost consumer prices by a wider margin,” the report said.

For Goldman Sachs Group Inc. economists, more evidence is needed before declaring reshoring a long-term trend. They point to an increase in US manufacturing facilities that are in the planning stages this year.

“The increase is directionally consistent with a reshoring of production but the magnitude falls short of suggesting any meaningful turn in the tide,” they wrote in the report Monday.

But Mike McGaugh, the CEO of Akron, Ohio-based plastics and rubber maker Myers Industries Inc., indicated it’s a reality and not merely a blip. He responded affirmatively when asked on a conference call last week if he thought reshoring is a real trend.

“The supply-chain issues spooked some customers that we saw the last two or three years,” McGaugh said. “Even if the costs are a little bit higher on labor, the ability to have rapid feedback and rapid delivery means something to our customers.”

Instagram Hannah Ann Sluss, 26, and Jake Funk, 25, are getting married! The “Bachelor” alu…