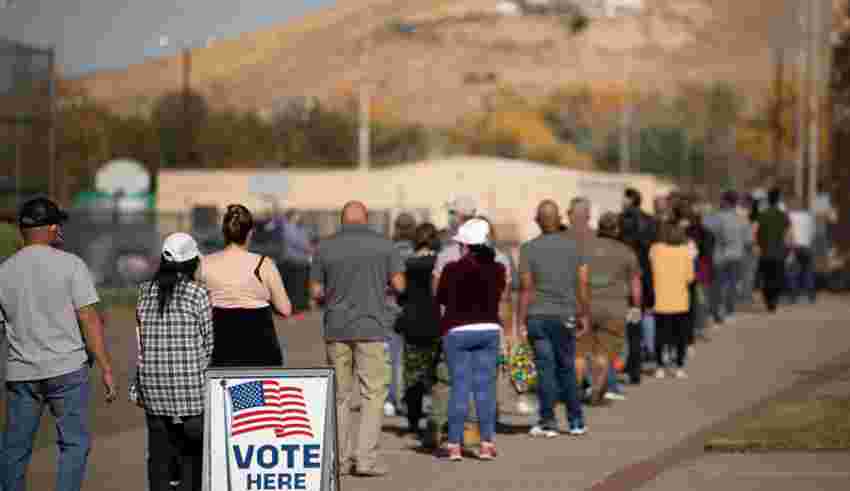 SALT LAKE CITY, UT – This article is a reality update, especially intended for those who have not been paying attention or are in denial. Recent and current events confirm that the ruling radicals are orchestrating the destruction of the free market economy. Their policies, including the war on oil, have caused inflation and supply problems that are now costing many households $1000 per month. Trying to blame these results on suddenly “greedy oil companies” is nonsense.

Despots are actively trying to control and dominate all of the following: Energy, education, freedom of speech, medical care, food supply, the media, and much more.

Wannabe dictators are trying to undermine freedom, the constitution, and the rule of law in many ways, including these: Packing the supreme court, eliminating the filibuster, killing the electoral college, corrupting prosecutors, defunding police, and especially—election cheating.

It is well known that socialist ideology justifies lying and cheating to get and maintain power and that many on the left have no decency, morality, or respect for the law. Reasonable observers have concluded that anyone unwilling to recognize “a whole lotta cheating going on” might be in on the scam or bordering on idiocy. When citizens challenge rigged elections, they are labeled “election deniers” and accused of insurrection. Overcoming rigged elections is imperative, but anything illegal should be avoided along with saying or doing anything that could be used as an excuse for spurious government arrests or attacks.

If the tyrants, despots, and oppressors continue to succeed, things will get worse, not better. History has shown that over-controlling rulers often kill productivity and bring about devastation and death.

We’ve had warnings about such things for many years, some of which can be found here and here. Most of the horrific things currently happening are the fulfillment of communist goals that were set forth decades ago.

It is alarming that about half of the midterm voters, including about two-thirds of the younger generation, voted for tyrants, despots, and oppressors. It’s hard to believe that they actually voted against their own prosperity and freedom, and for their own captivity and devastation.

Instead of giving up on them, and the country, we need to recognize that most of these people are not intentionally destructive and evil. Many of them have good intentions but have been misinformed and deceived by pervasive propaganda.

As time goes by, some of these people will wake up to the reality that the tyrants, despots, and oppressors are ruining them, and their county. As they watch things consistently get worse instead of better, and hear more truth, they will start choosing liberty instead of Marxism. Hopefully, before it’s too late.

Some have asked what we should be doing now. First on the list is to seek, teach, and live the truth. Instead of giving up or copping out, we need to have hope and faith in the future and do the best we can to help ourselves and others.

For almost two years our country has been led by tyrants and despots doing all they could to drag us into totalitarian hell. If the ruling radicals had continued to control the Senate, House, and Presidency, the descent into darkness would have accelerated. Now, thanks to a razor-thin margin in the House we ought to be able to prevent much of the damage that would have occurred in the next two years.

Many of the races that resulted in a slim congressional majority were won by only a few thousand votes. Two of the shining stars who helped make this possible are M. Dowling of the Independent Sentinel and John Colascione of the Published Reporter. Without thousands of known and unknown heroes, this battle would have been lost.

There are many battles between good and evil, truth and lies, and freedom and captivity. Whether we win, lose, live, or die we can have the joy of knowing we fought for what is good and beautiful as opposed to the agony of having fought for what is evil and ugly.

The tide of tyranny and smut swamping America is smothering private and public institutions, suppressing independent thought and action, and corrupting many hearts, minds, and souls. As this battle between freedom and captivity rages on, we need to remember this inspired admonition from the apostle Paul:

For our struggle is not against flesh and blood, but against the rulers, against the authorities, against the powers of this dark world and against the spiritual forces of evil in the heavenly realms. Therefore put on the full armor of God, so that when the day of evil comes, you may be able to stand your ground, and after you have done everything, to stand. (NIV Ephesians 6:12-13)

We may lose some battles, and some may fall along the way, but each one we can rescue from leftist misery and servitude will eventually bask in everlasting liberty.

Perhaps you have heard the story of the man walking along a beach with thousands of starfish washed up and in danger of freezing. As he walked, he methodically picked up starfish and tossed them back into the surf. A cynic said that his efforts were wasted because he saved so few. Smiling, he picked up a starfish and tossed it to life and freedom, saying: “Made a pretty big difference to that one.” (Starfish)

This hymn is especially inspiring:

Now to heav’n our prayer ascending,

In a noble cause contending,

Be our zeal in heav’n recorded,

With success on earth rewarded.

Be that prayer again repeated,

If we fail, we fail with glory.

If enough of those who are unintentionally supporting the ongoing madness come to the light, a terrible totalitarian tide can be diverted. For a more comprehensive treatment of associated issues and answers, please refer to the seven-part Constitution Killer series that can be found here: (1) (2) (3) (4) (5) (6) (7). For some closely related spiritual insights please refer to these two articles: (1) (2).