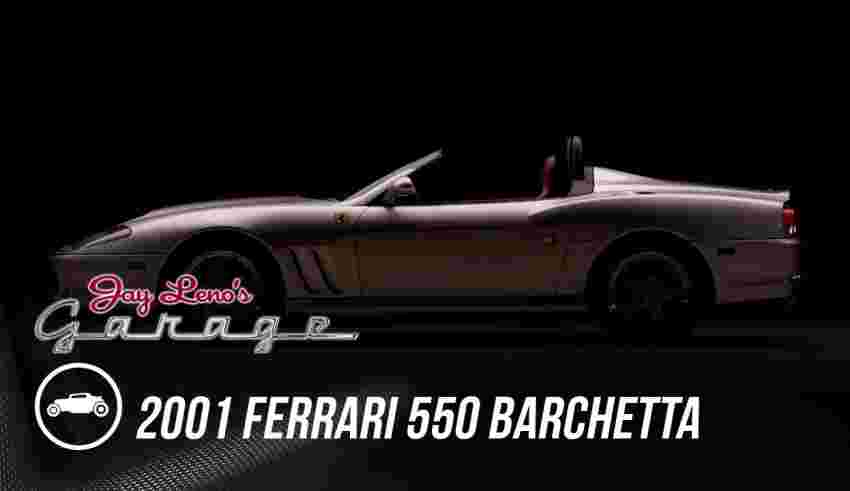 Jay Leno is one of Hollywood’s most well-known and prolific car enthusiasts, with an extensive collection and knowledge of some of the world’s greatest cars, and with his excellent taste, he got to experience and give his two cents on a stunning example of automotive excellence: a Ferrari from 21 years ago. The Ferarri 550 Barchetta employed a classic formula, with an open-top, front-engined, V12-powered setup, and it took the irresistible ingredients of a classic sports car and made them excellent, with acceleration that remains impressive and a top speed above 200 mph.

The car represents a recent past for Ferrari that automotive purists look back on with nostalgia, especially with the iconic Ferrari gated shifter used to operate the car’s manual transmission. The car, limited to just 448 examples, was built to celebrate the design house Pininfarina’s 70th anniversary. It’s owned by collector Doug Cohen, who wanted specifically to buy an example with miles already on it so that he could experience its driving pleasure without worrying about driving a like-new car. With that in mind, Leno and Cohen took the car for a spin in California, where the perfect weather for an open-top car like the 550 Barchetta was readily available. On Jay Leno’s Garage, the 2001 Ferrari 550 Barchetta showed off the elegance and splendor of classics from even our recent memory.